A 6.9-magnitude earthquake struck just east of the Kuril Islands in the Pacific Ocean early Tuesday, the U.S. Geological Survey reported. No major tsunami was expected from the quake, which struck at 12:24 a.m. ET, according to the Pacific Tsunami Warning Center. But a quake of that size could create smaller tsunamis that could cause damage within 100 kilometers (62 miles) of the quake's epicenter.

The epicenter was about 300 km (185 miles) from part of the Kuril Islands. The territory, disputed between Russia and Japan, is sparsely populated. An official population figure was not immediately available. 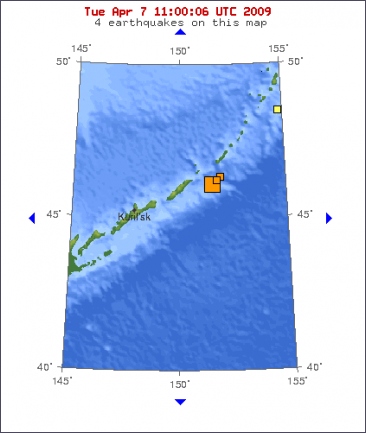