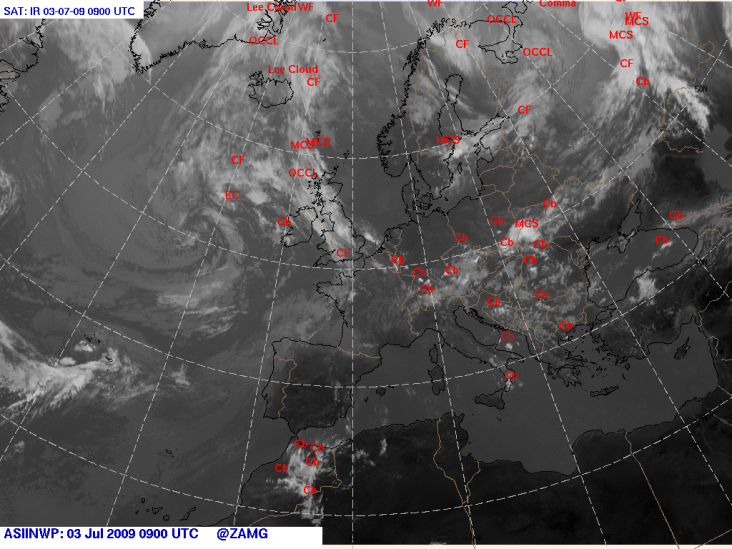 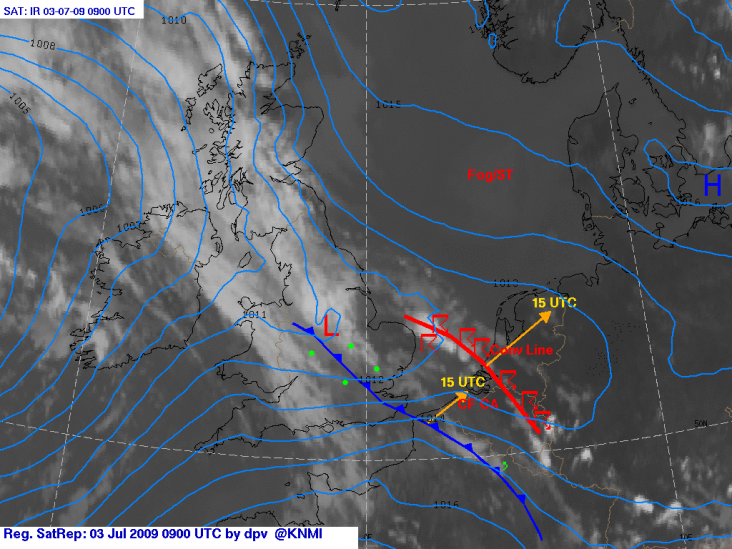 Words like 'forcing', 'front' and 'dynamic' can finally be involved again in the forecast. A constantly weakening cold front from W-France draws near during the afternoon hours and probably dissolves somewhere over the highlighted area. Shear at all levels remains weak although a marginal increase in speed shear is possible at mid-levels. The main advantage with such a feature is that moisture pooling along the convergence zone will assist in a concentrated swath of 800-1500J/kg MLCAPE as mid-level lapse rates steepen somewhat. Excessive rain due to slow storm movement will be the main hazard, but an isolated large hail report can't be ruled out, given better instability release and a slim increase in wind speeds throughout the troposphere. However the main effect of this set-up will be the longevity of thunderstorms mainly over Belgium, the Netherlands, Luxembourg and W-Germany, which will continue well into the night, probably until next morning. Isolated tornadoes are possible during the peak time heating with GFS showing LL CAPE of roughly 200J/kg.
Robin B
Lid
Woonplaats: Tussen Alkmaar & schagen
Berichten: 945
Lid sinds: 18 May. 2009
3 juli 2009, 12:42 uur | Bericht #36683