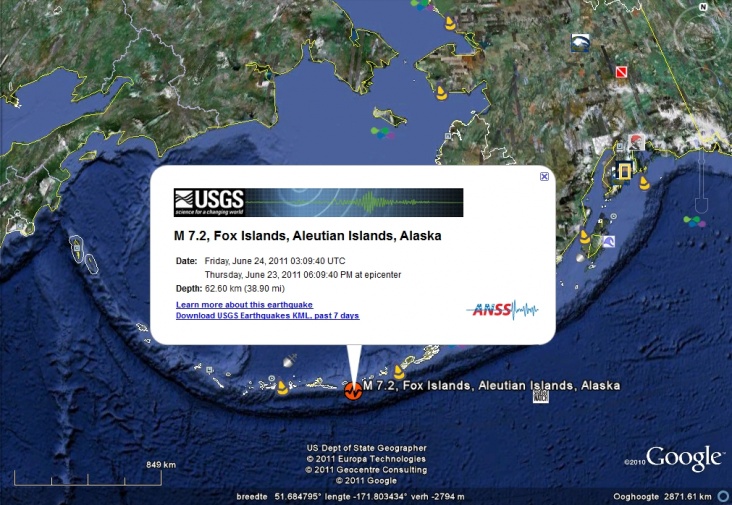 
Printer friendly page
What I am about to tell you should be considered 'conjecture', however what I will layout below is pure unabated 'fact'. As many of you know, I am a researcher and author whom among other items, study the science-of-cycles. What I see coming based on this science is worthy of announcement.


This is not a warning of imminent danger, but rather a 'tap on the shoulder' to be aware of the coming full moon eclipse on December 21st and what history tells us might occur. There appears to be a noticeable cycle of escalation in earthquake and volcanic activity within two weeks prior and/or two weeks after a full lunar eclipse. If this holds true, you might want to mark your calendar for the coming 14 days.

Rare Prediction: As one of my very rare predictions, I will go on record to predict a large earthquake measuring 7.0 magnitude or larger to occur within the next 14 days.

Here are the historical dates of full lunar eclipse from 2001 to 2010.

And here is what happened: Events which occurred within two weeks prior and/or two weeks after the last six full lunar eclipse.

May 2003 - (Turkey) At least 176 people have died and 521 people were injured after a magnitude 6.4 earthquake that shook the eastern Turkey's BingÃƒÂ¶l province. Several public buildings collapsed in the centre of BingÃƒÂ¶l city and its vicinity. The last official report concerning the consequences of the earthquake in the city indicates about 570 buildings were collapsed and about 6000 others were damaged.

November 17th 2003 - (Alaska) One of the largest earthquakes in US history measuring 7.8 magnitude at Rat Island, Alaska.

October 2004 - (Japan) A series of powerful earthquakes the strongest with a magnitude of 6.7 jolted northern Japan, killing at least 30 people and injuring more than 2000 people largely as the result of building collapse.

March 6th 2007 - (Sumatra) Two quakes hit Sumatra measuring 6.4 and 6.3. Over 60 fatalities and 460 serious injuries have been reported, spread across many towns and regencies in West Sumatra. Over 43,000 houses were damaged, with over 12,000 of those severely damaged.

February 21st 2008 - (Indonesia) A powerful 7.4 earthquake in Indonesia killed three people and injured 25 today, but did not trigger a tsunami.