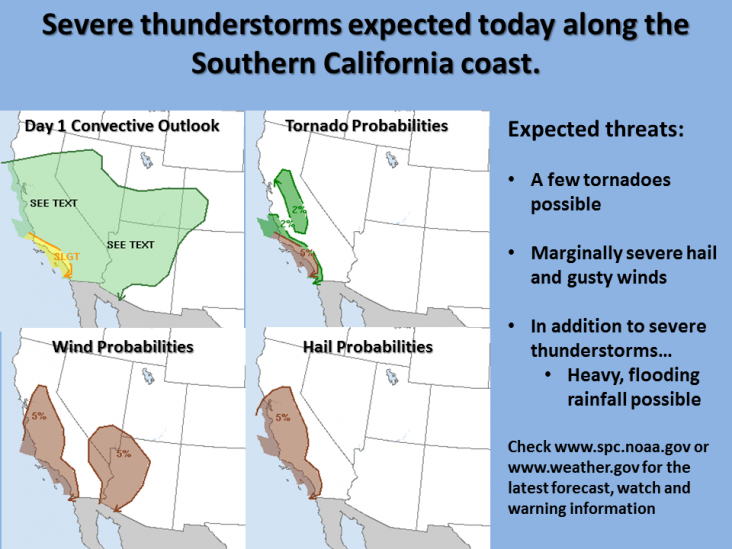 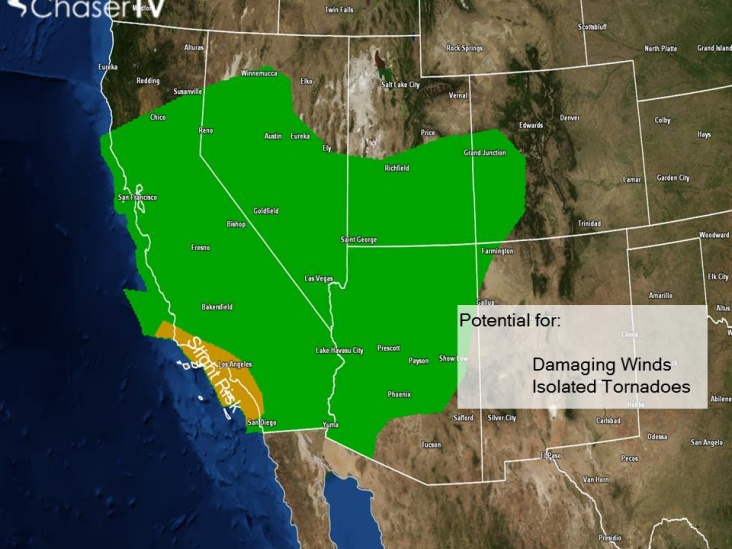 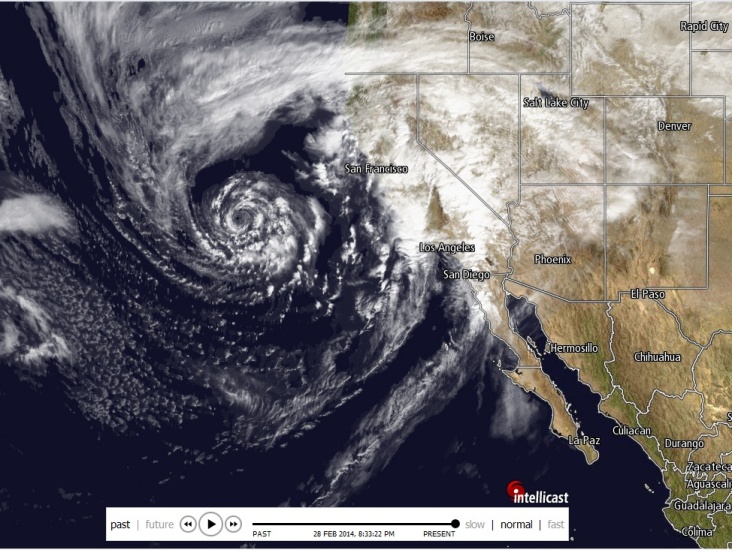 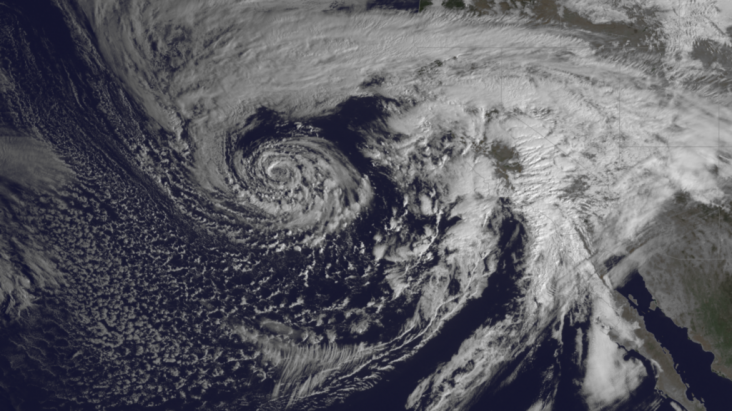 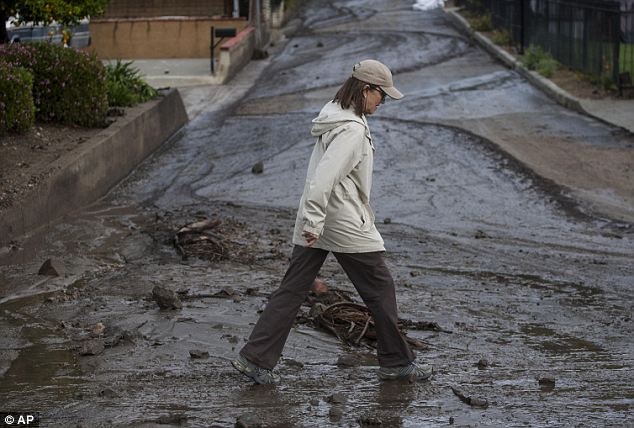 Widespread: The storm hit much of California with areas around Los Angeles the worst hit including Glendora (pictured on Saturday)

Danger on the roads: Drivers had to take caution in Van Nuys on Friday, which marked the second day of floods 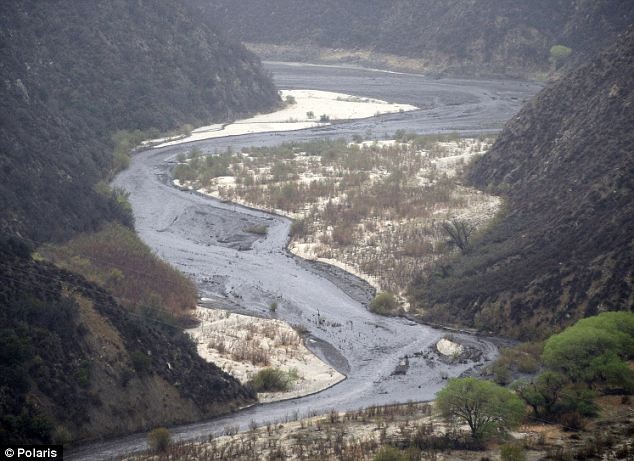 Out of nature: Lake Hughes started disseminating rivers of mud debris on Friday 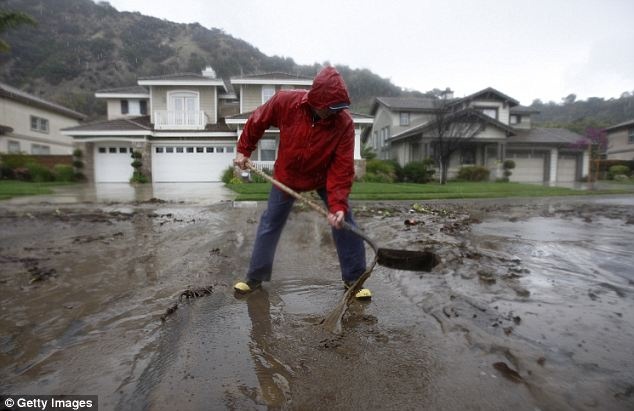 Making in effort: Bob Lavezzari clears ashen mud from in front of his home in Azusa where many residents have been told to evacuate 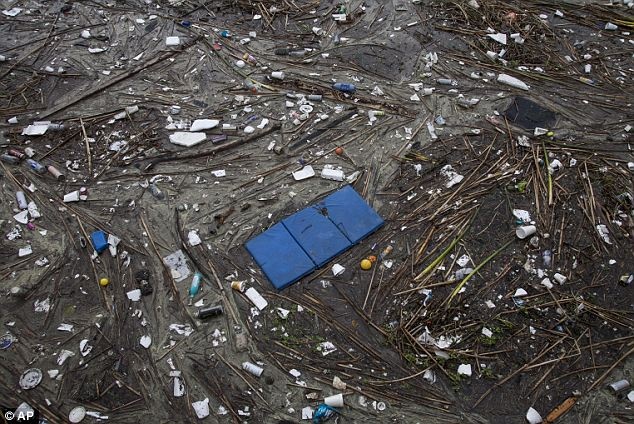 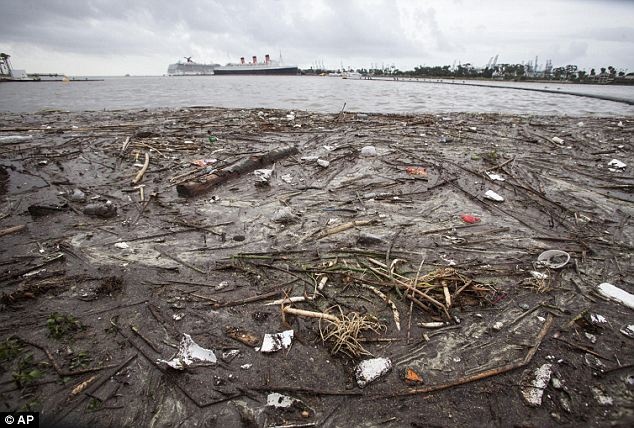 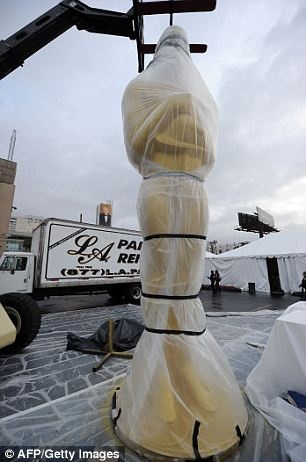 Raincoat: An Oscar statue is covered with plastic as preparations for the 86th Academy Awards continues in the rain outside the Dolby Theatre on Saturday 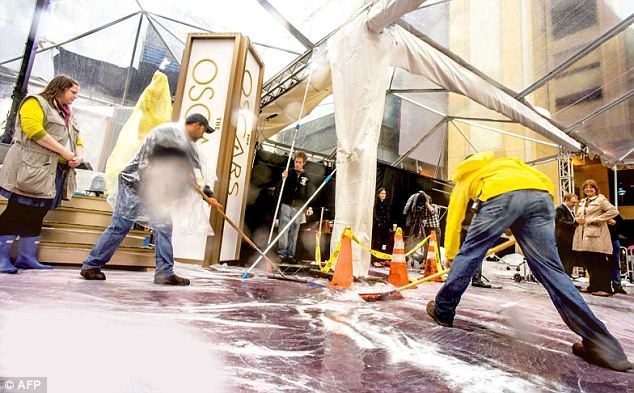 Hectic: Workers swept the carpet on Friday to get rid of the inches of water that has accumulated from the storm 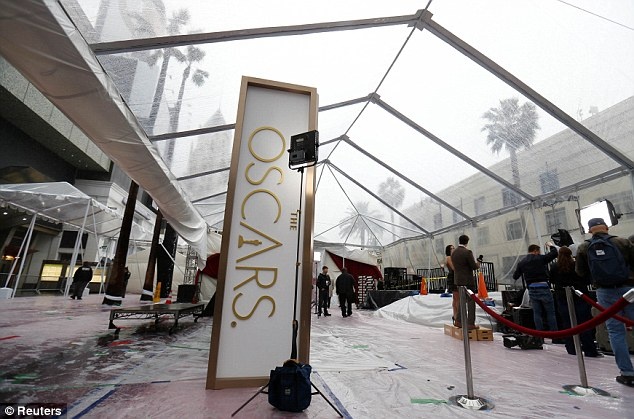 Big night out: The elaborate dresses of Hollywood stars will be sheltered from the rain by a clear plastic roof over the red carpet 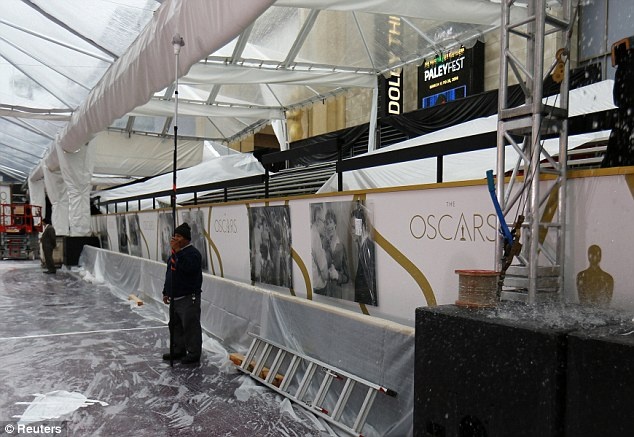 Downpour: A worker keeps rainwater from pooling on a temporary roof over the red carpet as preparations for the 86th Academy Awards continues in the rain outside the Dolby Theatre 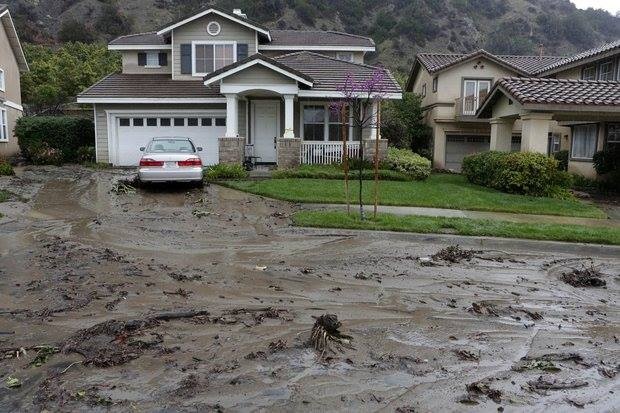