An exciting, new upgrade was recently completed on the WSR-88D radar located in Fort Knox, KY (which services all of central KY and southern IN).  This new upgrade will enable the radar to obtain more frequent low-level scans, which will aid in identifying areas of strong winds and/or tornadoes associated with severe thunderstorms.

Previously, the WSR-88D would scan the horizon first at a 0.5° tilt, then progressively increase the tilt all the way up to a maximum angle of 19.5°.  With this new software, titled Supplemental Adaptive Intra-Volume Low‐Level Scan (SAILS), the radar will now perform a low-level 0.5° scan in the middle of its progression up to the 19.5° tilt.  The images below describe this new process visually. 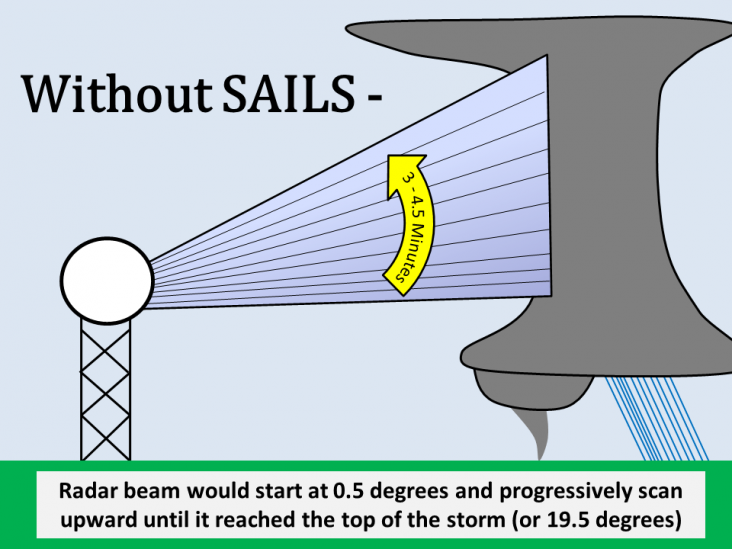 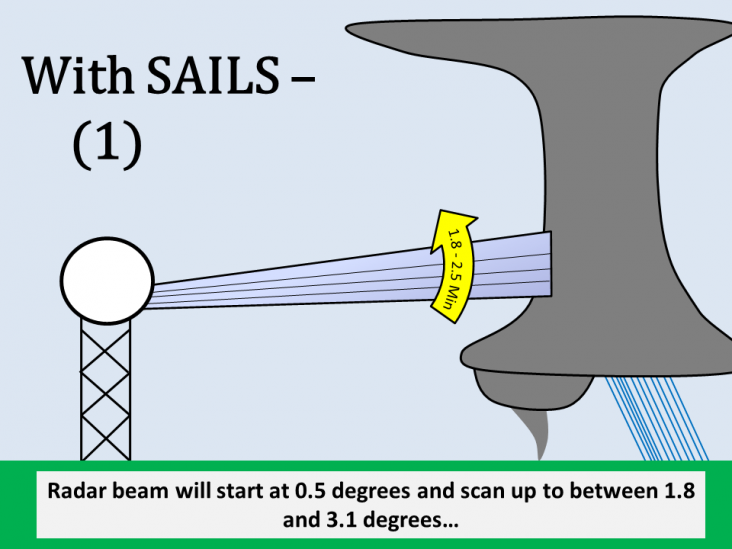 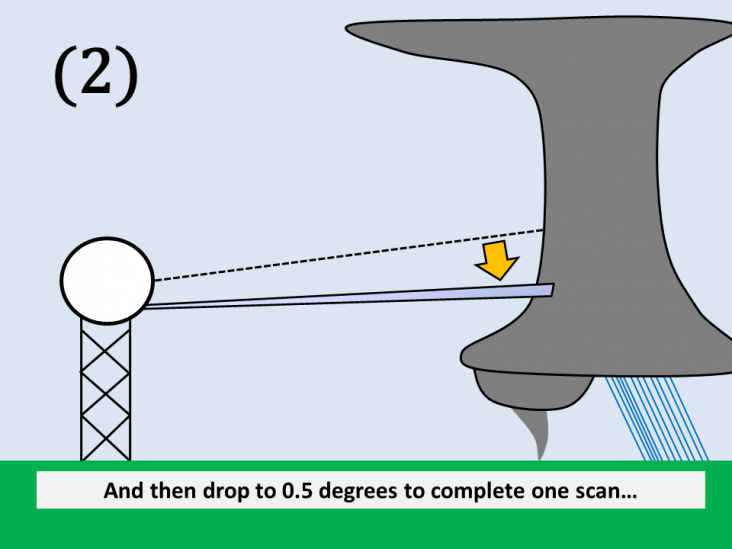 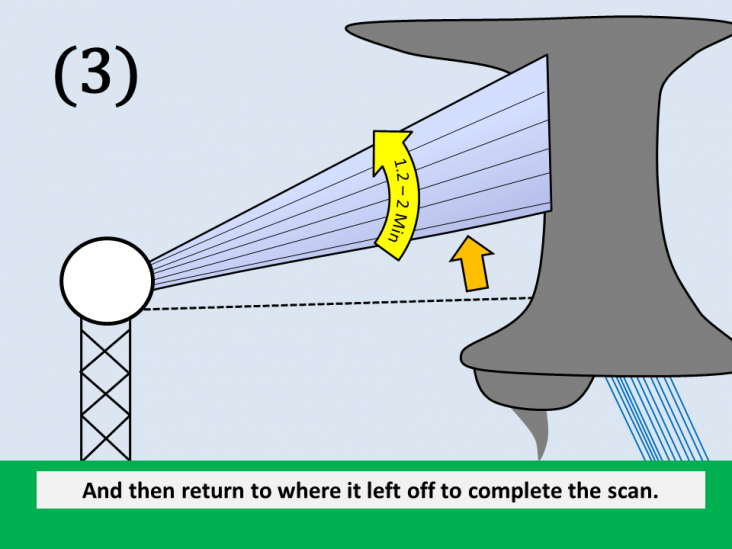 How Will This Help?

When severe weather threatens, it is crucial to observe what is going on in the lowest level of the storm.  Having this lowest radar scan more frequently will help forecasters better determine wind and/or tornado potential within thunderstorms, which can occur in a matter of seconds.  With SAILS, the NWS will be able to observe rapidly changing weather phenomenon with a greater degree of precision and issue more timely severe weather warnings.  Currently, the WSR-88D completes its lowest scan in 3-4.5 minutes during severe weather.  Now with SAILS, the radar will perform this low-level scan every 1.5 -2.5 minutes, giving us this valuable data twice as fast as before.

Below is an example of how more frequent low-level scans can be very useful.  This case occured on May 14, 2014, when a brief and weak (EF-0) tornado touched down in north-central KY.  This 0.5° radar slice was taken by the Fort Knox WSR-88D at 2:27 PM EDT, or one minute after the tornado had lifted.  The radar was operating without SAILS, meaning its 0.5° scan was coming in every 3-4.5 minutes.  This tornado was only on the ground for about 3 minutes, meaning the WSR-88D 0.5° tilt never captured the tornado on the ground.  As you can see, there is only a very weak circulation captured by the WSR-88D at this time. 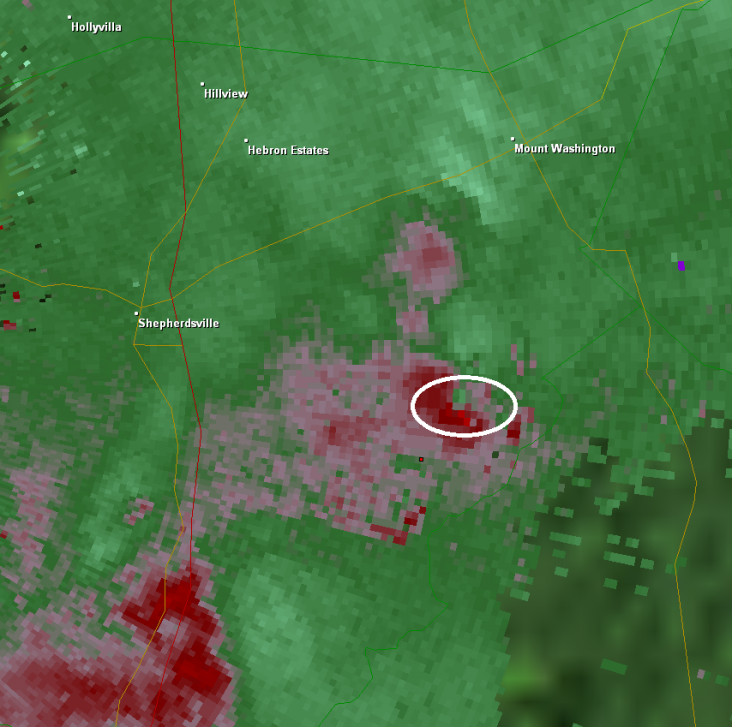 This next image below was taken only one minute earlier at 2:26 PM EDT by the Terminal Doppler Weather Radar (TDWR) associated with Standiford Field in Louisville, KY.  TDWRs have the ability to obtain a low-level scan about every 1-2 minutes (which is similiar to what the WSR-88D will now be able to do with SAILS).  As you can see, just a minute earlier this circulation was substantially more impressive with a tornado on the ground at this time.  If SAILS were in place, the WSR-88D would have had a 0.5° scan also showing the strong circulation associated with the tornado. 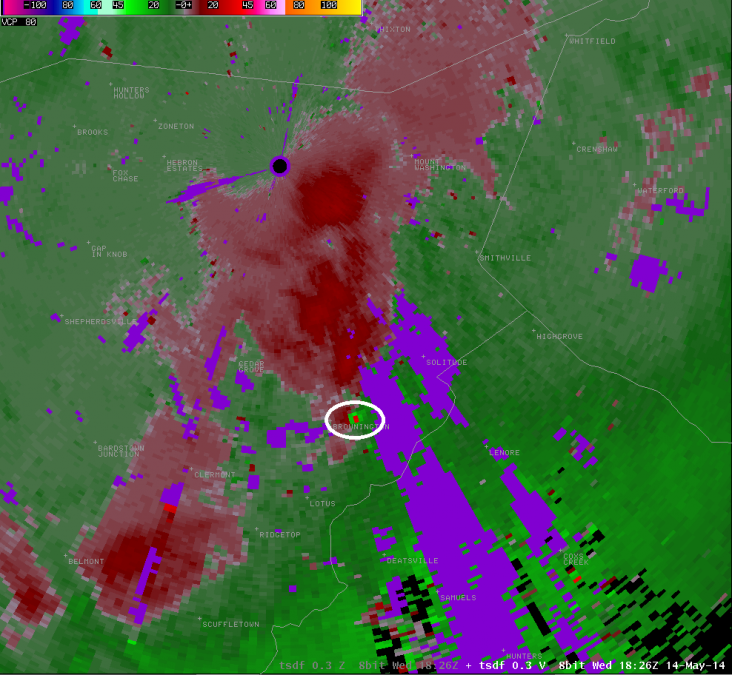