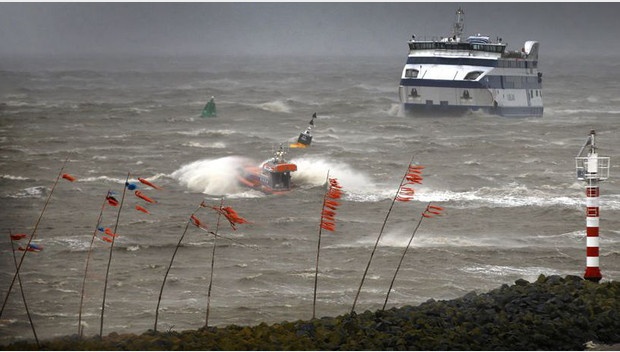 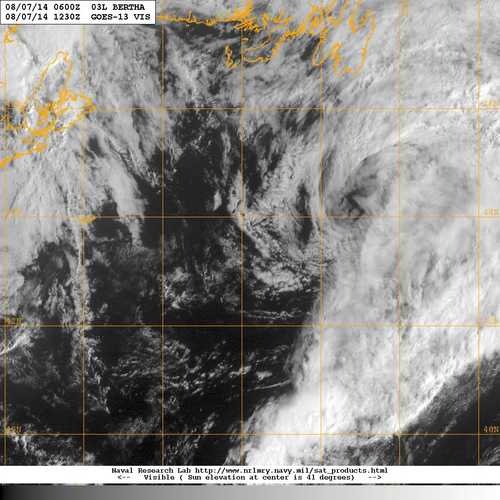 Ex-hurricane Bertha has rolled into town today, and although not everyone has seen severe weather, we've had winds gusting in excess of 50mph, as much as 40mm of rain in some regions and some intense squalls and thunderstorms. There's more to come as well. 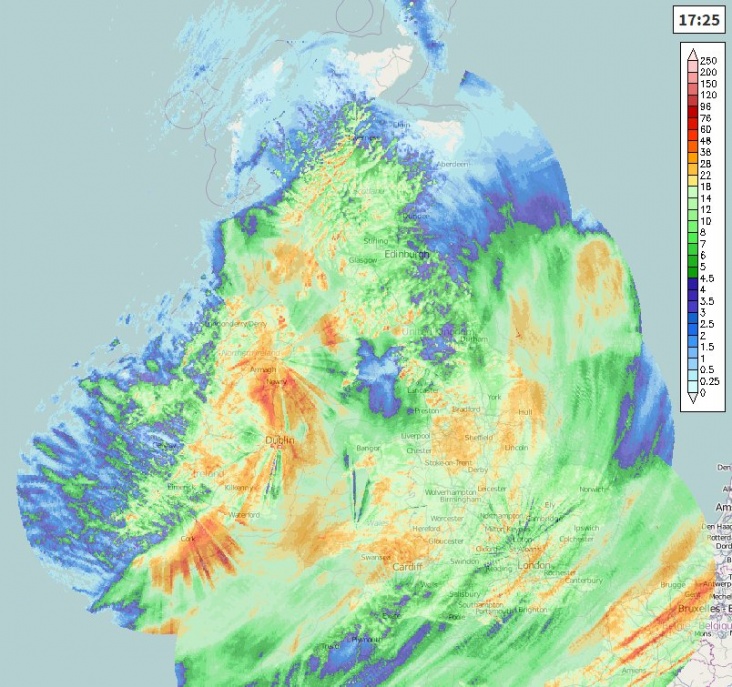 During this evening and overnight, with the low pressure system moving out into the North Sea the rain and strongest winds will move gradually northeast, with showers following in behind to some parts from the west. As the low moves offshore, it will tend to wind itself up with winds gusting to 50-65mph, perhaps even 70mph in exposed parts of northeast England and eastern Scotland - strong enough to cause some disruption. It's not just the wind that's a concern though, with weather fronts wrapping themselves back into these same regions, heavy and persistent rain is likely to bring rainfall totals of 25-50mm quite widely and potentially well in excess of this level locally - more than enough to cause disruption and localised flooding.

Through the night the persistent rain becomes mostly confined to eastern and northern Scotland, so a  very wet, windy start to the week here with the wind only very gradually easing away from the south through the day, and the rain tending to stick around across the northern half of northern Scotland throughout, continuing to top up the already high rainfall totals and adding to any potential issues with flooding. Elsewhere tomorrow it's still breezy and blustery with sunshine and showers on the cards. The showers most frequent and widespread in the south and also the west but they will blow some way inland with just about anywhere in line to catch one - best chance of staying dry will be in the east of England. 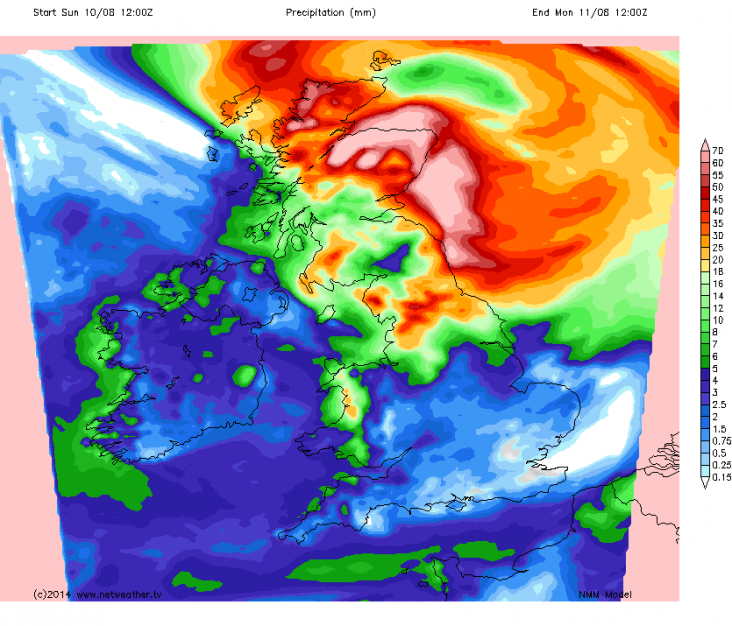 Beyond tomorrow, Tuesday, Wednesday and Thursday keep with the theme of sunshine and showers - some heavy and thundery. Temperatures will be close to normal for the time of year, so getting into the low twenties in the south and east, the high teens generally elsewhere.
Published on 10th August 2014 18:26 Updated: 10th August 2014 18:28