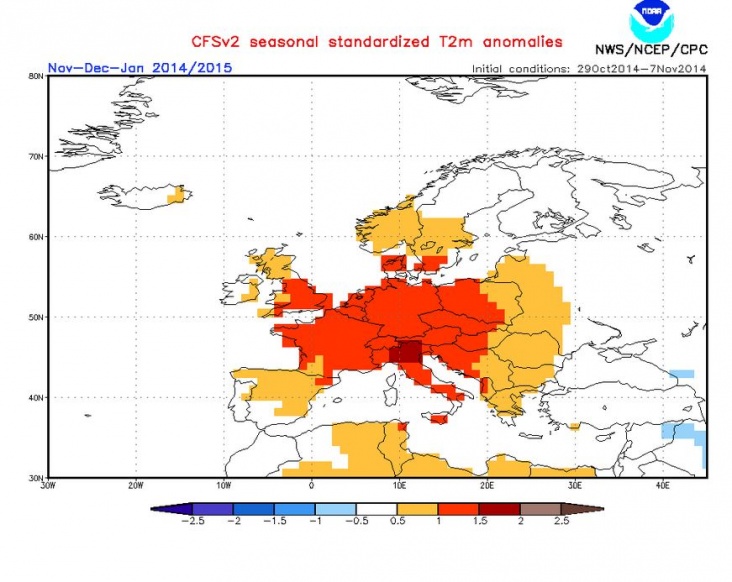 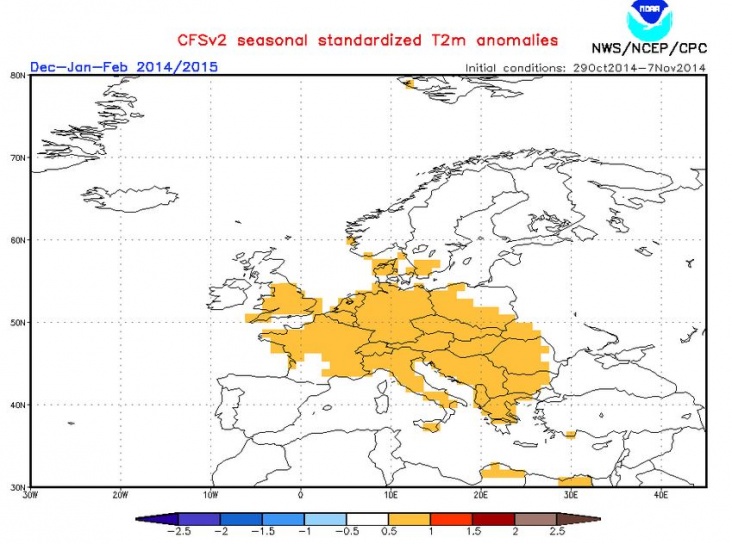 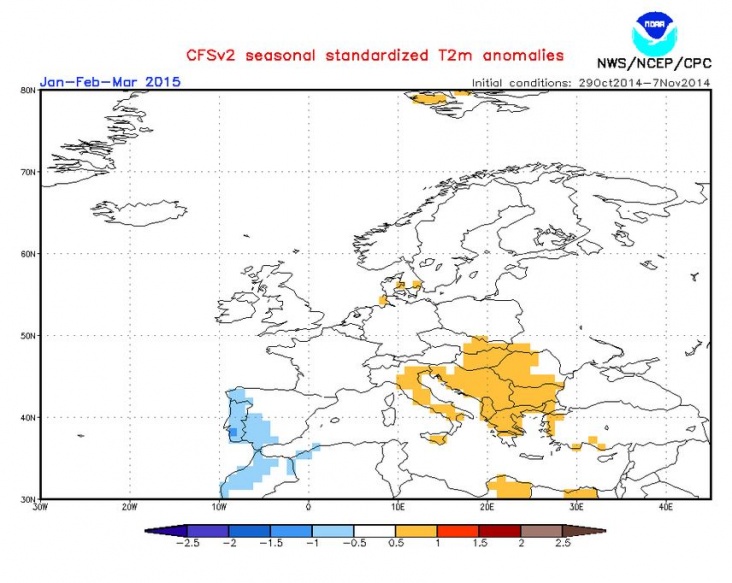 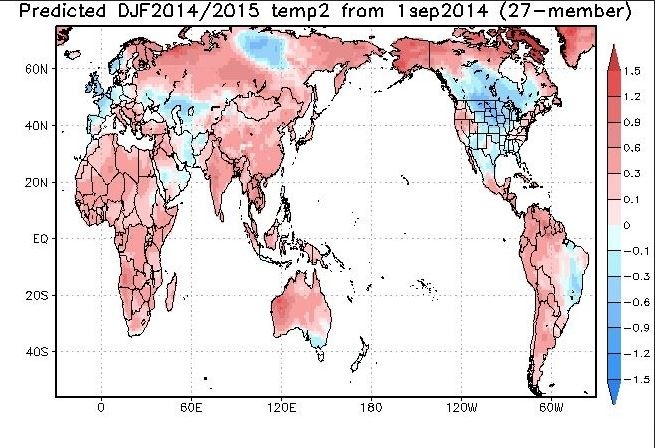 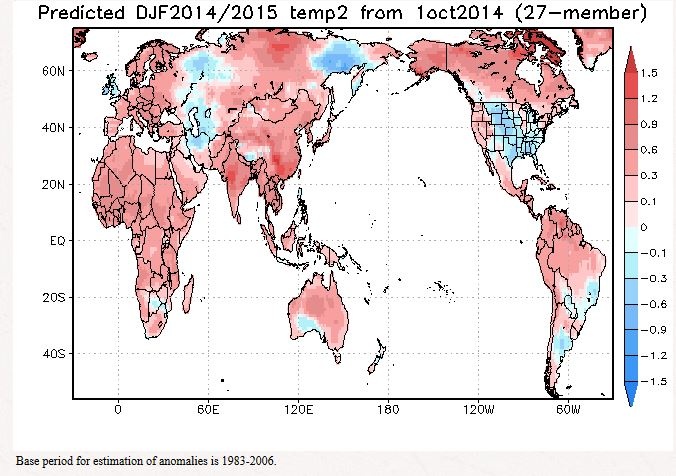 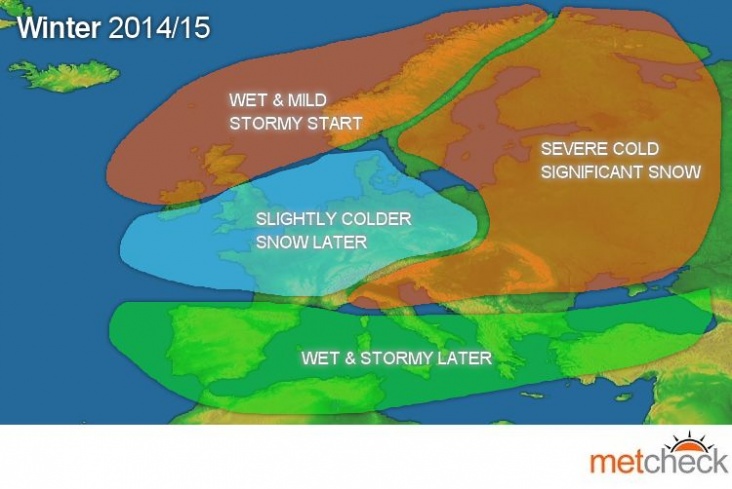 Overview
A Northern blocking pattern is expected to become established during November and into early December 2014. This will lead to large cold pools of air across Eastern and Central Europe with the jet stream progressively taking a more Southerly route.

Discussion
Winter 2014/15 is expected to see much colder than average conditions across Central and Eastern Europe. The effect of a warm pool across the North Pacific is expected to generate a wave pattern leading to North Atlantic blocking across Greenland and also Central Europe in the second wave. Early snowfall across the Siberian plateau is already starting to feedback into the forecast with high pressure blocking patterns becoming established across Eastern Europe. One uncertainty this winter is how far West this cold pool will become established. This will to some degree rely on how established and organised the polar vortex becomes. Low sunspot activity once again as part of the 11 year cycle and weak El Nino conditions combine to increase confidence of a meridional pattern in the jet stream across the Northern Hemisphere. Western Europe can expect a far quieter winter with regards to active storm systems than experienced last year.

England, Wales, Western Europe.
The first half of the winter is likely to be dominated with stagnating and sometimes potent areas of low pressure bringing stormy conditions. During the second half of Winter a more Southerly tracking jet stream will allow for more incursions of colder air from the East. There is a low risk that a more established Easterly pattern could develop towards the end of the period. The most important factor this Winter will be far less stormy than the winter of 2013/14.

Overall : Average to slightly colder than average first half with more frequent colder incursions with snowfall for second half of winter.

Scotland, Norway
A meridional jet stream pattern for the first half of winter will allow intense Atlantic systems to push in from the West. Snowfall across higher ground will be higher than average due to average temperatures and increased moisture. The second half of winter will be dominated by a more Westerly component with high pressure to the South forcing low pressure across Scotland and into the North Sea.

Overall : Average to slightly above average temperature first half. Stormy and wet second half with increased snowfall for mountains.

Spain, Italy and Southern Europe
This winter is expected to be dominated by stagnating areas of low pressure with heavy rainfall for the first half of Winter. The pattern changes into the second half of Winter with a more active jet stream heading South across the region bringing some intense storm systems with further heavy rain.

Central and Eastern Europe
Cold air pooling from increased snow cover is likely to bring a substantially colder and snowier winter than average across many parts of Central and Eastern Europe. There remains some uncertainty regarding how far East this cold pool will develop. However, the cold pool is expected to be a major contributor to high pressure and blocking patterns becoming established across the region this winter.