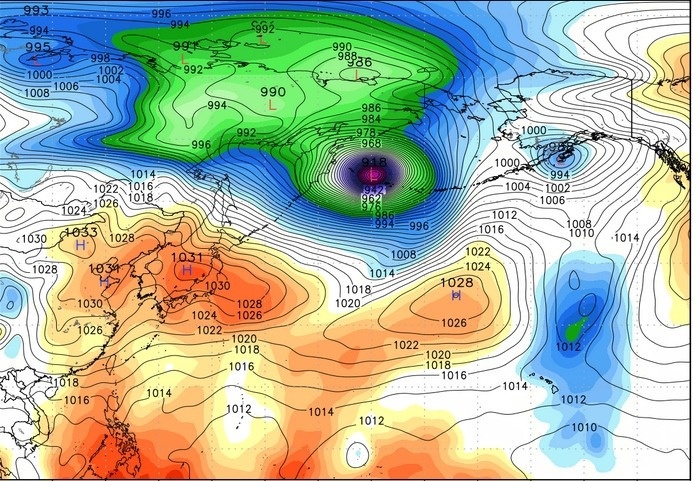 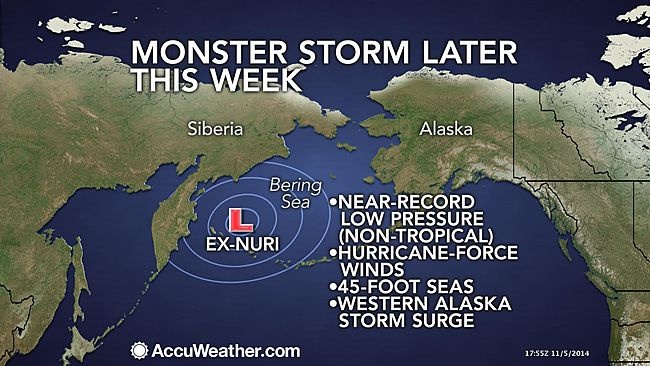 A powerful storm is slated to move over the Bering Sea this weekend, possibly becoming one of the most intense storms to ever impact the region. The former Super Typhoon Nuri is forecast to track northward into the Bering Sea, located in between Alaska and Russia, on Friday, losing its tropical characteristics as it does so. At this point, the system will undergo rapid intensification, producing howling winds as the central pressure plummets to near record levels. Due to the massive size of the storm, impacts can be felt hundreds of miles away from the storm's center through much of the weekend. Large waves and hurricane-force winds are expected to be the highest impacts with waves in some areas topping 45 feet Friday night and into Saturday. Waves this large can quickly turn deadly, tossing around ships sailing in the area.

Waves and swells are not expected to be nearly this high along the west coast of Alaska. However, they may still be strong enough to cause flooding and erosion in coastal areas. 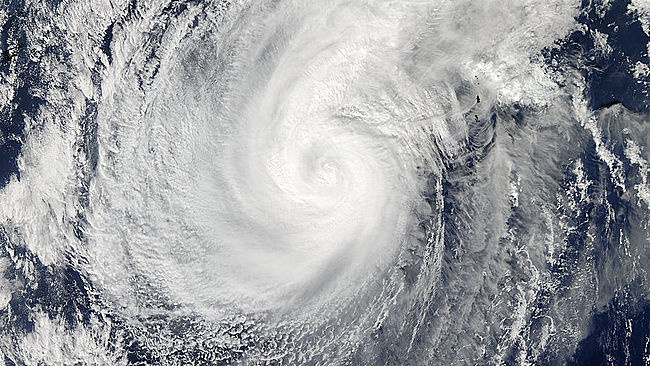 AccuWeather.com meteorologists believe that this system could become one of the most intense storms to move over the Bering Sea. The central pressure of this system is forecast to drop below 930 millibars on Friday night. To put this in perspective, the lowest pressure recorded in Hurricane Sandy was 940 millibars. If the pressure of this storm does drop this low, it will be in contention for becoming one of the most powerful storms to ever develop over the Bering Sea in recorded history in terms of central pressure.

The current record stands at 925 millibars from a powerful storm that moved over the Bering Sea on Oct. 25, 1977.

This storm will not only have impacts on Alaska, eastern Russia and the Bering Sea, but also the contiguous United States. According to Senior Meteorologist Brett Anderson, "In brief, when a typhoon curves away from Asia it causes the jet stream [steering winds] farther to the east across the Pacific and into North America to buckle and amplify days later."This is the case for the remnants of Super Typhoon Nuri as it has already curved away from Asia and tracking northward toward Alaska. 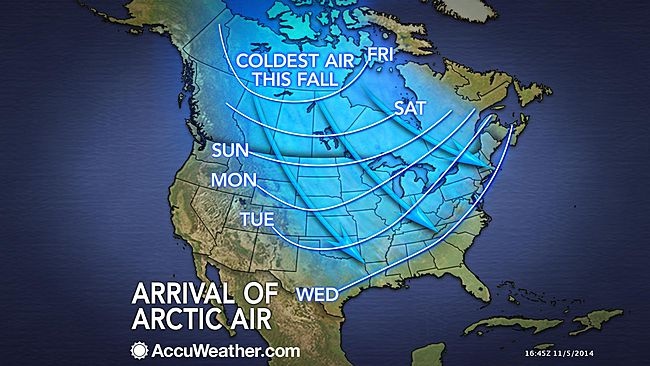 Prior to the plunge of the polar vortex, the pattern will give birth to a powerful storm over the northern Pacific Ocean. This storm, partly associated with the former typhoon is likely to slam the Aleutians and west coast of Alaska with high winds, huge waves and heavy precipitation spanning Friday into this weekend. 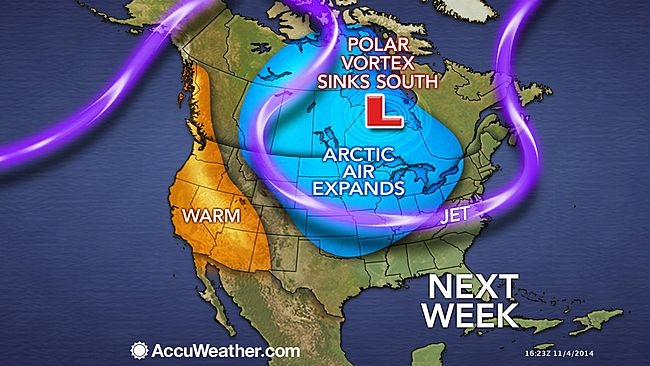 Bombogenesis is cyclogenesis taken to the extreme. Bombogenesis is defined as a mid-latitude cyclone that drops in surface barometric pressure by 24 or more millibars in a 24-hour period. The height contours pack around the center of rotation and the number of height contours increases rapidly in the developing stages. The most common time of the year for bombogenesis to occur is in the cool season (October to March) when the temperature gradient is large between the high and mid-latitudes. Bombogenesis typically occurs between a cold continental air mass and warm ocean waters or between a cold polar air mass and a much warmer air mass. Many Nor-easters are the product of bombs. The contrast in temperature between polar air spilling over the eastern U.S. and the warm Gulf Stream waters sets the stage for cyclogenesis on the boundary between these air masses. Sometimes bombs will develop in the central U.S. between the boundary of polar air and more tropical air. Cyclogenesis that results in bombs requires strong divergence aloft. This divergence aloft is supplied by a strong jet streak diving into the trough axis aloft from the developing low pressure. The momentum of the jet streak and the dynamics in the left front quadrant of the jet streak cause a rapid evacuation of mass above the region of cyclogenesis.


Sunshine is delicious, rain is refreshing, wind braces us up, snow is exhilarating; there is really no such thing as bad weather, only different kinds of good weather.
Terug naar boven
Bericht toevoegen
2 Gebruikers lezen nu dit topic, onderverdeeld in 2 gasten en 0 leden