+ 0 Tweet
Strengthening Typhoon Noul Targets Philippines; Taiwan and Japan on Alert
Residents of the Philippines should continue to monitor Typhoon Noul closely as it approaches and makes landfall in the northeast this weekend. Noul is expected to be the equivalent of a Category 2 or 3 hurricane with peak winds over 160 kph (100 mph) when it makes landfall Saturday night or Sunday.

Yap was struck by Super Typhoon Maysak at the end of March and early April. Major damage ensued across parts of the island.

Although impacts were as extreme from Noul, the combination of heavy rain and strong winds caused a new round of damage. 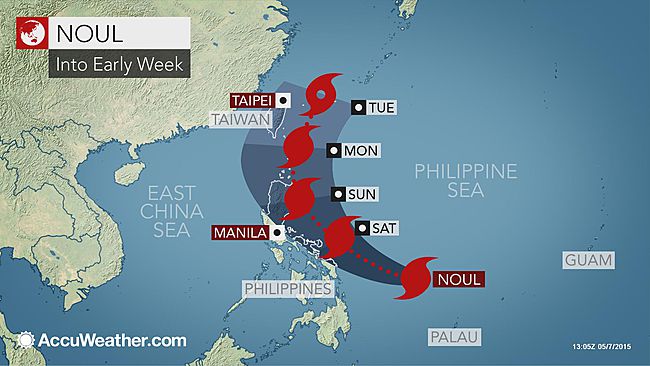 Now moving away from Yap, further strengthening will cause Noul to become a powerful typhoon as it tracks across the Philippine Sea on Friday and Saturday.

The exact track of Noul will determine of the severity of the impacts on the Philippines.

Noul is currently moving toward the northwest, but an eventual turn more to the north is expected as it nears the Philippines.

Anyone with interests in the northern Philippines should continue to check back with AccuWeather.com for the latest updates as the future track of Noul is narrowed down.

Confidence remains high that Manila will escape the worst impacts from Noul; however, a couple of gusty showers and thunderstorms are still expected over the weekend.

Any widespread damage will be limited to northern Luzon, especially areas near the northeast coast where the central core of Noul will pass over. 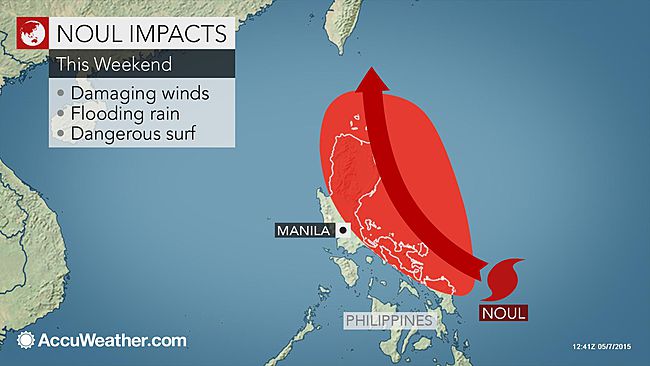 Regardless of the exact path Noul takes through the Philippine Sea, seas will be extremely dangerous into the weekend with rough surf building along the eastern beaches of the Philippines.

AccuWeather.com meteorologists will also keep a close eye on any potential impacts Noul will pose to Taiwan and Japan, especially the Ryukyu Islands, next week.

Noul is expected to begin weakening after interacting with Luzon, but the storm could still bring heavy rainfall and locally strong winds to southern and eastern Taiwan as early as Monday.

Further weakening is expected as Noul turns to the northeast and is eventually absorbed into a larger storm system moving across Japan. The moisture from Noul can enhance rainfall across Japan during the first half of next week with the potential for some flooding.

Another tropical system has joined Noul in the western Pacific, as Tropical Depression Dolphin developed to the southeast of Guam. Residents of Guam should monitor this storm for any impacts during the middle of next week. 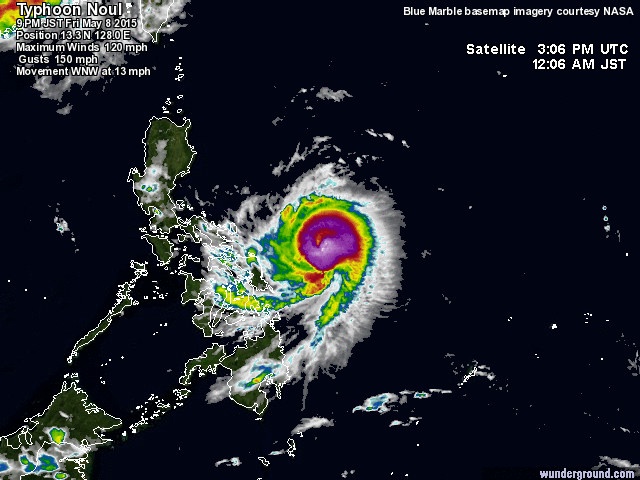 there can be only one
Waarom deze advertentie?
Tatanka
Lid
Woonplaats: Drenthe
Berichten: 5124
Lid sinds: 4 jun. 2011 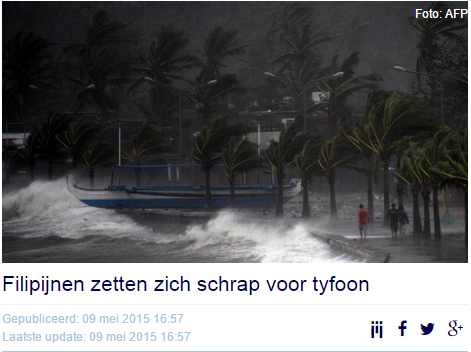