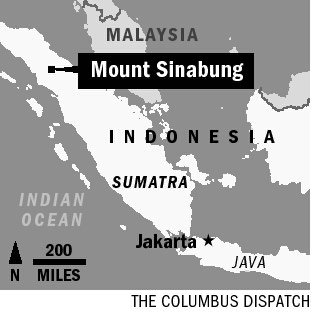 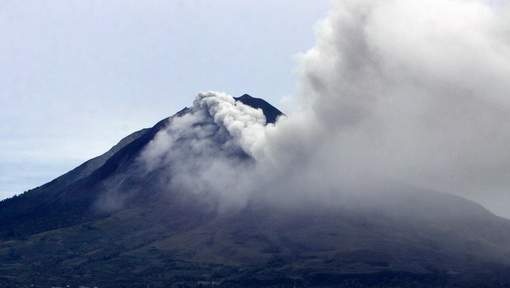 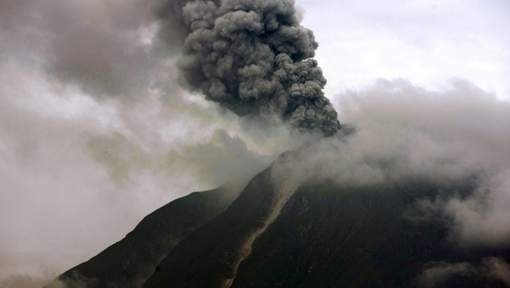 Villagers sit on a truck as they evacuate to a safe spot, as Mount Sinabung spews ash into air at Aman Teran village in Karo district, Indonesia's North Sumatra province, November 24, 2013.


Villagers carry their belongings as they walk to an evacuation centre, as Mount Sinabung spews ash to the skies above, at Aman Teran village in Karo district, Indonesia's North Sumatra province,


Villagers carry their belongings as they walk to an evacuation centre, 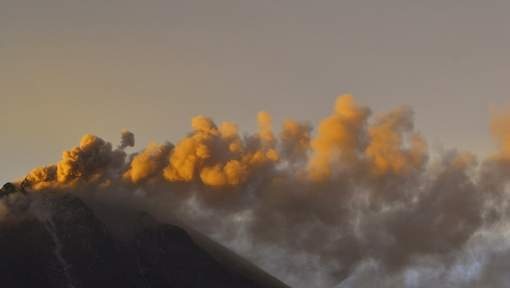 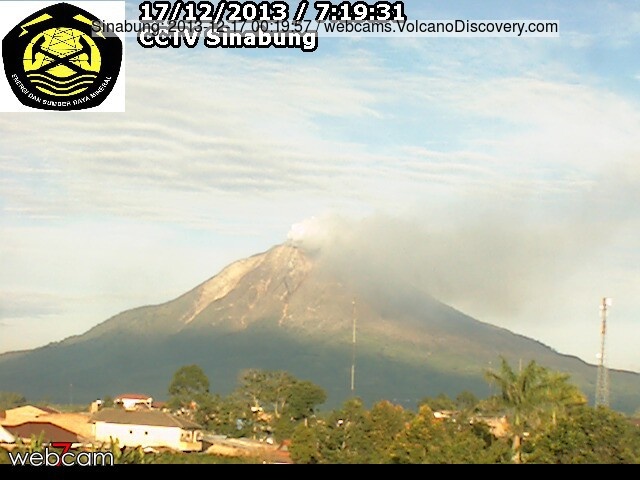 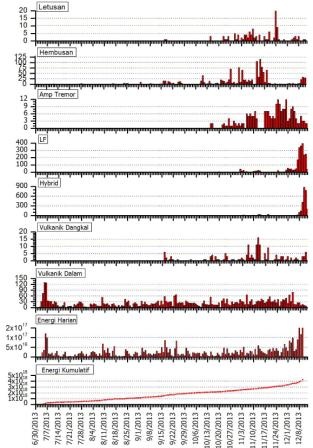 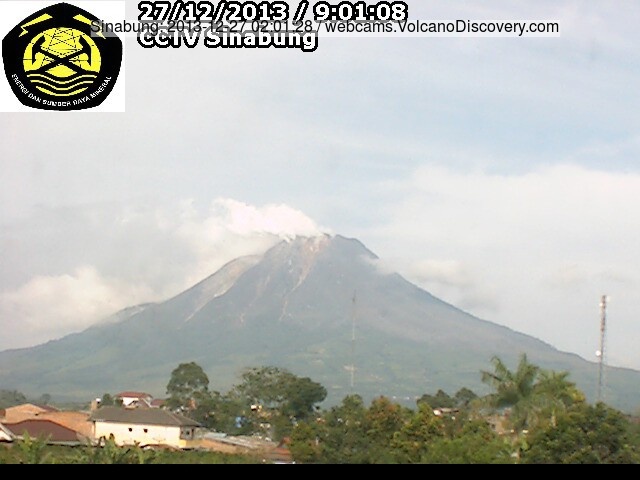 VSI confirmed that a new lava dome (a mass of viscous magma accumulating at the vent) has made its appearance on the northern crater of the volcano. It had a height of 56 meters and diameter of 105 meters on 26 Dec. Its volume was estimated to about 1 million cu meters, and the growth rate at 3.5 m3/second.
A major risk posed by the dome will be block-and-ash (pyroclastic) flows caused by collapse of the instable mass, once it surpasses the rims of its crater. Another hazard, often related to the previous, are explosions of trapped pressurized gas. Whether the new lava dome will produce such potentially large explosions, will depend on how gas-rich the currently erupting magma is and how effective degassing through fissures, cracks etc. works. But most similar eruptions have almost always included significant explosive activity at some point and extreme caution should be taken around the volcano. In particular, all valleys radiating from the summit area should be avoided at all times.VSI recommends not to approach the volcano within 5 km radius (which in the case of a larger pyroclastic flow is not sufficient at all) and more than 17,000 people from about 20 villages remain evacuated.