A mid level trough stretches from the western Iberian Peninsula to the British Isles and western Scandinavia at 06Z. Warm airmass with strong lapse rates is present at its east flank from eastern Spain to southern Scandinavia via the Benelux countries. At surface level, low pressure is found across the warm sector and is predicted to deepen over Netherlands and Denmark. The situation is almost stationary as the warm front only moves northward over Denmark and southern Sweden, with continuing supply of unstable air from France. A decrease in model CAPE and an overall lack of deep forcing (except over the North Sea) however suggest a less favorable setup than the past day/night.
The situation over southwestern Europe profits from strong lifting brough by a shortwave trough moving from the Atlantic near Portugal to the Mediterranean during this forecast. A vast amount of MLCAPE (1500-3000 J/kg) is produced over (north-)eastern Spain and southern France by transport of moist air under steep lapse rates. The presence of significant deep layer shear further fuels the severe weather threat.

A solid 20 m/s or higher 0-6 km shear region develops east of the shortwave trough, in the same area as the large CAPE. The 00Z GFS predicts capping until about 15Z. Supercells are likely to be the mode over (north)eastern Spain, with clustering likely in northern Spain and southwestern France, where GFS and various WRF models agree on a large MCS during the evening and night. These storms are capable of producing very large hail, as well as severe convective wind gusts. Furthermore, excessive rain sums can result, mostly along the south slopes of the Pyrenees where upslope moist winds provide fuel for long-lasting storms.

The western boundary of the warm unstable airmass is taking on cold front characteristics, pushing into a CAPE reservoir over
north/central France. Weak capping should ensure continual storm development. A patch of high delta-theta-e (20 K) over central France can make for gusty storms, while Belgium and Netherlands see a low level wind maximum creating once again 0-1 km shear values over 10-12 m/s, which assist in tornadogenesis. Around 15Z the parcels can be surface-based. On the other hand, much energy was lost after nocturnal convection. For far northern Germany and southern Denmark, backed flow towards the Netherlands low pressure core will create more favorable tornado conditions as over 300 or 400 m²/s² storm-relative helicity is available to favor right-moving supercells. Large/very large hail can again make an appearance along with tornadoes. Across Denmark and Sweden, convection and associated stratiform rain areas can cause excessive precipitation sums. 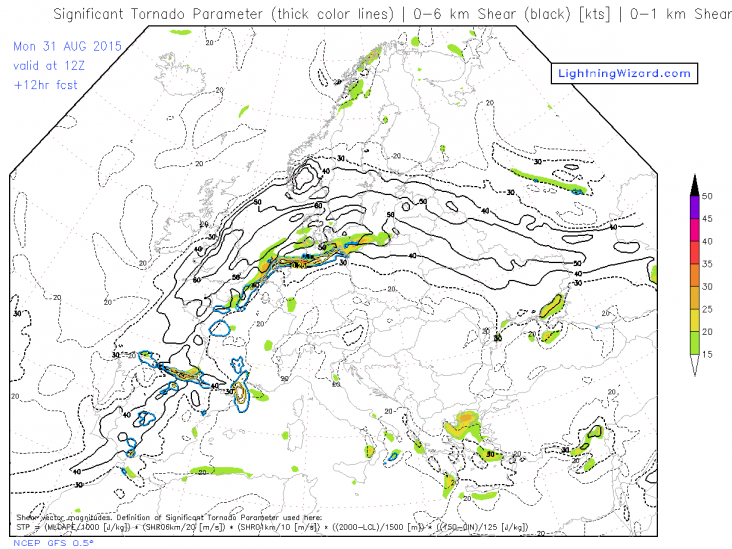 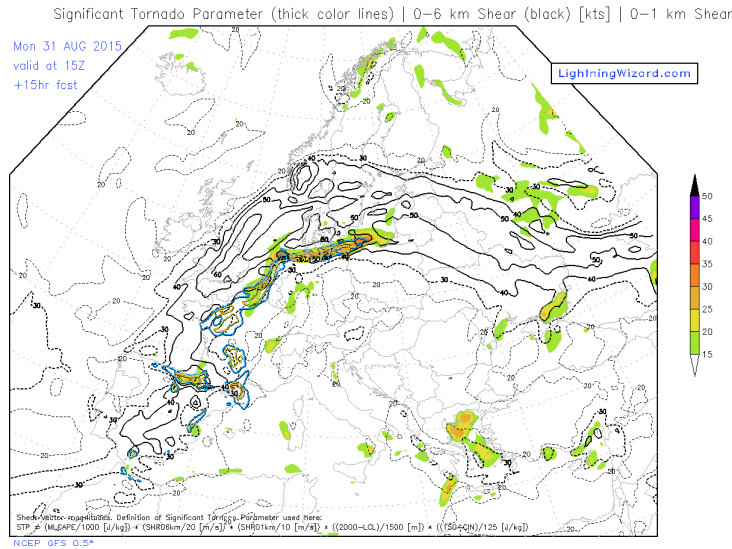 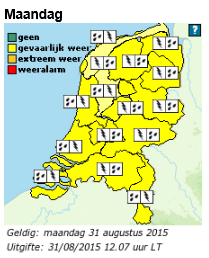 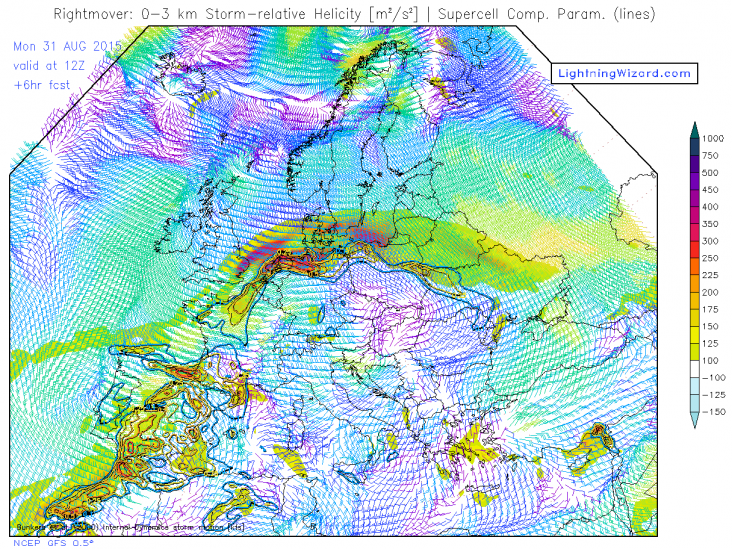