GPM measured rain falling in Etau at a rate of up to 88.0 mm (3.5 inches) per hour in some areas. The same powerful storms reached heights of almost 16 km (9.9 miles).
Credits: SSAI/NASA/JAXA, Hal Pierce NASA's GPM core satellite passed over Tropical Storm Etau as it moved across central Japan, dropping heavy rain. By September 9, Etau had weakened and moved over the Sea of Japan where it is expected to dissipate.

ON September 7 at 1416 UTC (10:16 a.m. EDT), Tropical Storm Etau was drenching Japan with intense rainfall as it moved northward over the main island of Honshu. Rainfall amounts of over 300 mm (almost 12 inches) have been reported. GPM made measurements of rainfall and storm top heights in Etau when the satellite passed over the center of the tropical storm. GPM's Microwave Imager (GMI) and Dual-Frequency Precipitation Radar (DPR) measured rain falling at a rate of up to 88.0 mm (3.5 inches) per hour in some areas. The same powerful storms that were dropping heavy rainfall were also shown by GPM radar (Ku Band) to reach heights of almost 16 km (9.9 miles).

On Sept. 8 at 16:41 UTC (12:41 p.m. EDT), the AIRS or Atmospheric Infrared Sounder instrument aboard NASA's Aqua satellite provided an infrared look at Etau land falling in east central Japan. The strongest storms with coldest cloud tops were over the Kansai and Hokkaido regions at the time Aqua flew overhead. AIRS measured cloud top temperatures near -63 Fahrenheit/-53 Celsius. NASA research indicates that storms with cloud top temperatures that cold, high in the troposphere, have the ability to generate heavy rainfall, as GPM indicated the previous day.

The final warning for Tropical Storm Etau was issued on September 9, 2015 at 0900 UTC (5 a.m. EDT). By that time, the storm had moved over Japan and emerged into the Sea of Japan, where it was becoming extra-tropical.

Forecasters at the Joint Typhoon Warning Center reported that water vapor imagery showed an elongated cloud structure that has continued to gain frontal characteristics as it embeds within the baroclinic zone.

The center was located near 37.0 North latitude and 136.3 East longitude, about 194 nautical miles west-northwest of Yokosuka, Japan. Etau was moving to the north-northwest as 23 knots, and had maximum sustained winds near 35 knots.

Etau's remnants are expected to transition to a northwestward trajectory and pass west of Misawa, Japan. 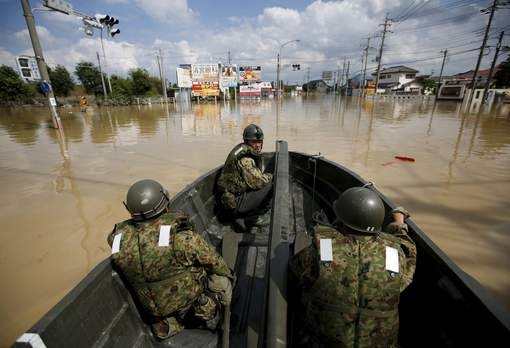 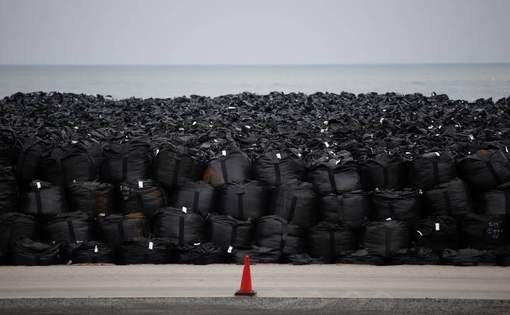