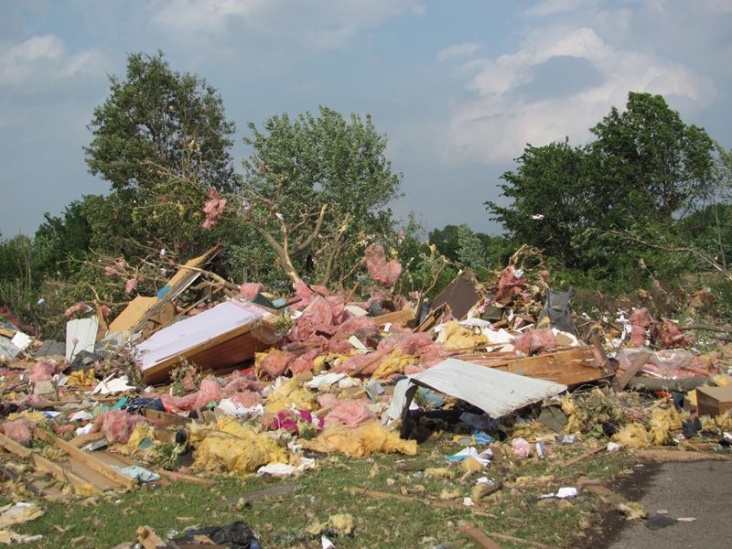 MAYFIELD, KY - A tornado ripped through Mayfield and Graves County Tuesday afternoon, leveling homes and businesses and scattering debris for miles. Kentucky State Police say at least eight people suffered minor injuries in the storm. Most of the damage was along Highway 45, north of Mayfield. Bennett Motors was one of the businesses hit by the twister. Car salesman Ray Ralph said he and the others inside the business are lucky to be alive.

"We came in and locked the door and got in a broom closet," Ralph said. "As soon as we got in there, you could hear it coming over. Stuff was hitting the building. It was just wild. Ralph said the business office was not damaged but three buildings on the lot were leveled and all 40 vehicles on the lot were damaged. He said luckily no one was injured. 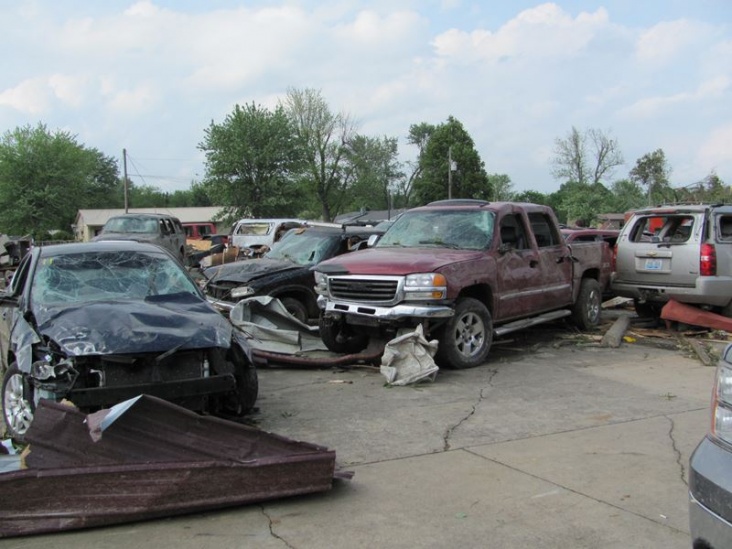 Damage to and around Bennett Motors. PHOTO:Joe Jackson

Another business hit by Tuesday's tornado was Youngblood's RV. Roger Youngblood said his business suffered significant damage but it could have been worse.It caught our dealership sign here at the front," Youngblood said. "It went right beside the building. There was no damage to the building that we could find but it destroyed several campers, flipped them upside down and tore them up. Luckily, no one was hurt. Just a scary experience, that's all I can say. Much of the residential damage was along Wayne Drive, off of Highway 45. Martie Winfrey said his trailer is a total loss.

It's gone," Winfrey said. "Our trailer is in my neighbor's front yard. That pile right there is mine. Winfrey said he was able to get out of the trailer before it was leveled. He said he held on to a tree for dear life to keep from being blown away. My neighbors took cover beside a truck," Winfrey said. "The tornado took their trailer and left them there by the truck. I grabbed a tree and bear-hugged it. Debris was flying everywhere."

Graves County Sheriff Dewayne Redmon said there was also structural damage along Hwy 121 North, Hwy 80 West and on Sullivan Road and Jim Town Road. He said roofs were blown off a few homes and some chicken barns were damaged. He also said there were multiple trees down 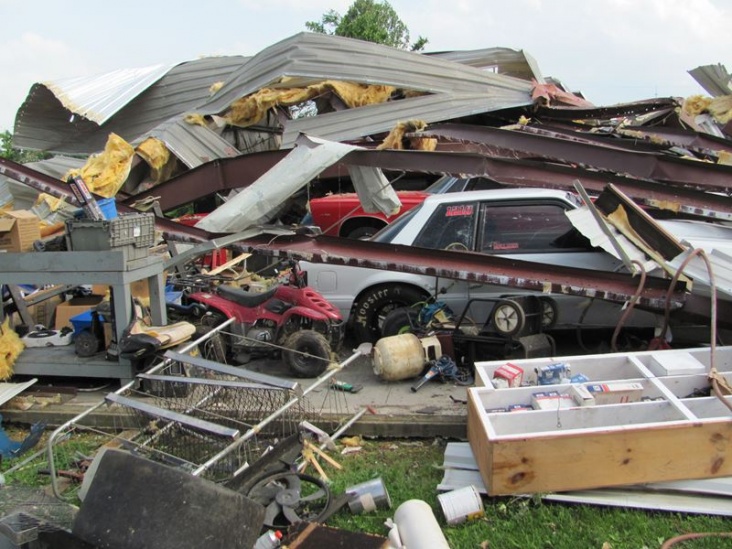 The twister knocked out power for thousands of customers in Mayfield and Graves County, with many trees and power lines on the ground. Red Cross officials set up at the old General Tire site to begin assessing damage and to coordinate their efforts. First Baptist Church in Mayfield has opened its doors for anyone who was displaced by the tornado Tuesday afternoon. The church will be used as a shelter until further notice for any one who needs it. Donations can be made to: Mayfield Tornado Relief Fund, C/O His House Ministries, 1250 State Route 303, Mayfield, KY 42.