http://www.severestudios.com/livechase/
there can be only one
Tatanka
Lid
Woonplaats: Drenthe
Berichten: 5125
Lid sinds: 4 jun. 2011 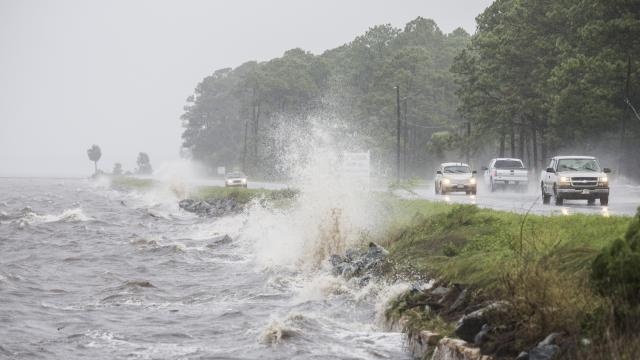 Hurricane Hermine tore a path of destruction across Florida on Friday, leaving more than 253,000 homes and businesses without power, flooding low-lying areas and raising concerns about the spread of the Zika virus due to the massive pools of standing water left behind.The first hurricane to make landfall in Florida since Wilma more than a decade ago, Hermine came ashore early on Friday near St. Marks, Florida, 20 miles (30 km) south of the capital of Tallahassee, packing winds of 80 mph (130 kph) and churning up a devastating storm surge in coastal areas.

The tempest headed toward the Atlantic seaboard on a path where tens of millions of Americans live, causing storm watches and warnings stretching to New Jersey, the National Hurricane Center (NHC) said.

One homeless man was hit by a tree and died, Florida Governor Rick Scott said, but officials have not confirmed whether the death was storm-related. 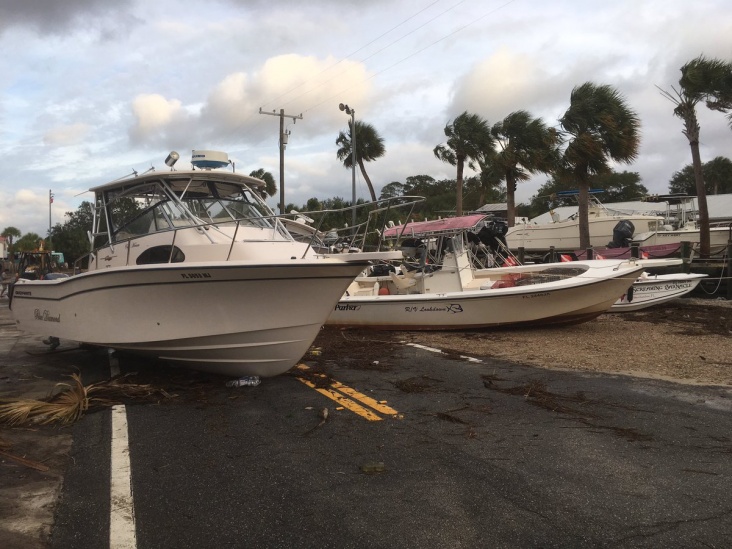 Hurricane #Hermine was bad. Look at these boats all over the road in #Steinhatchee!
Bron: Vic Micolucci - WJXT | ‏@WJXTvic 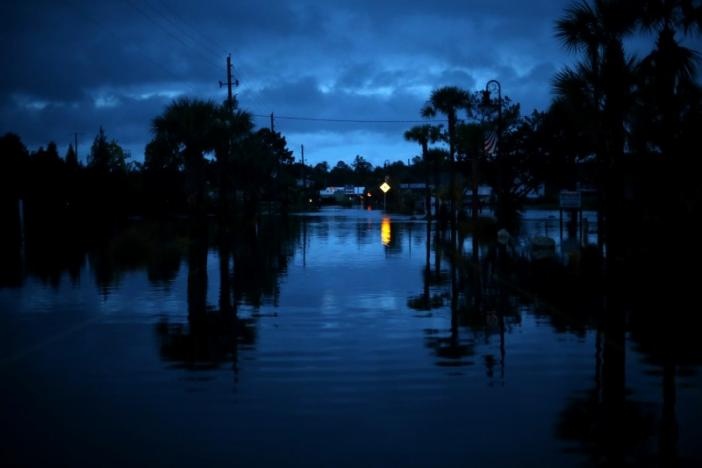 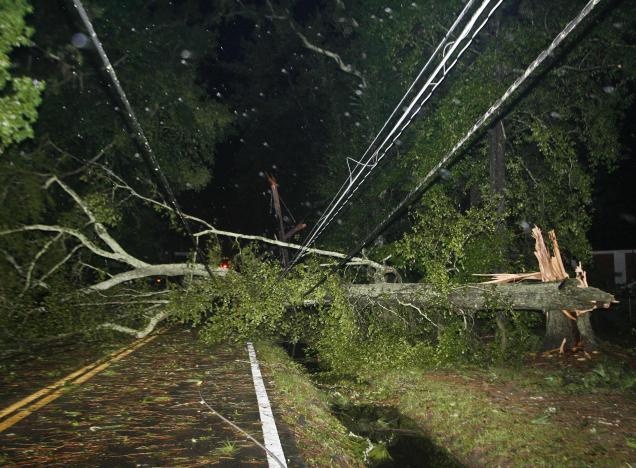 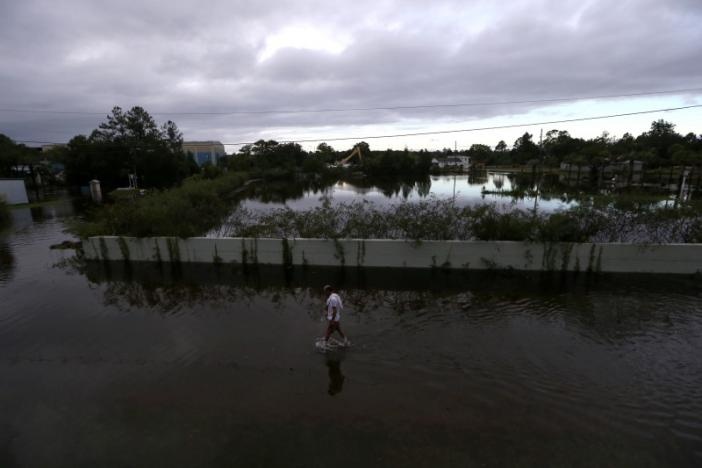 
This animation of NOAA's GOES-East satellite imagery from Aug. 31 to Sept. 2 shows the movement and landfall of Hurricane Hermine in Florida's Big Bend. TRT: 00:37 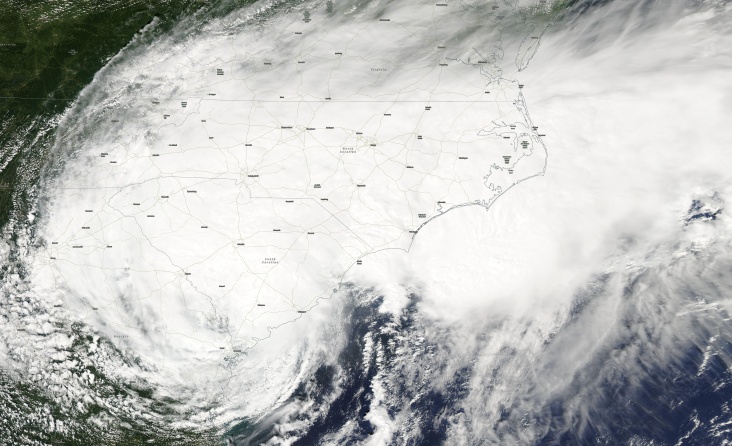 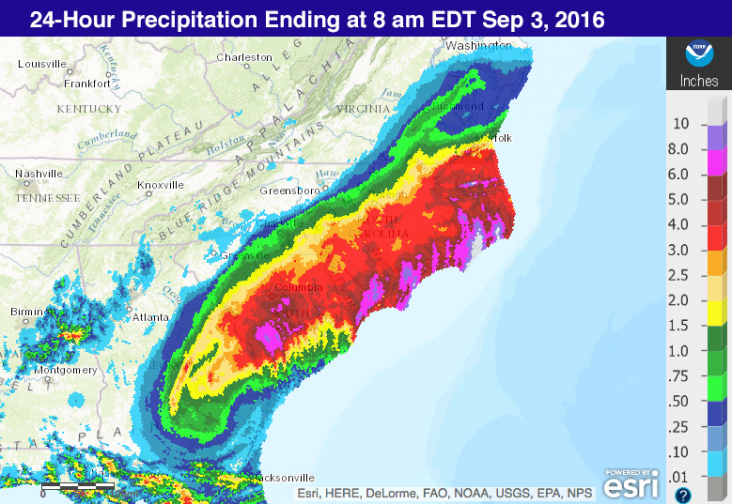 Hermine (her-MEEN) already caused two deaths, damaged properties and left hundreds of thousands without electricity from Florida to Virginia. It spawned a tornado in North Carolina and closed beaches as far north as New York.

"This is not a beach weekend for anyone in the Mid-Atlantic to the northeast," said Eric Blake, a hurricane specialist at the National Hurricane Center in Miami.Hermine rose up over the Gulf of Mexico and hit Florida on Friday as a Category 1 hurricane before weakening to a tropical storm across Georgia. Saturday, Hermine's top sustained winds remained at 70 mph (110 kph) as it moved east-northeast at 13 mph (20 kph). The storm, expected to turn northward on Sunday, was centered about 205 miles southeast of Ocean City, Maryland. Forecasters expected Hermine to regain hurricane force on Sunday as it travels up the coast before weakening again to a tropical storm by Tuesday.

Governors all along the coast announced emergency preparations. Tropical storm warnings were in effect as far north as Connecticut. And since sea levels have risen up to a foot due to global warming, the storm surges pushed by Hermine could be even more damaging, climate scientists say.Michael Mann at Pennsylvania State University noted that this century's one-foot sea-level rise in New York City meant 25 more square miles flooded during Superstorm Sandy, causing billions more in damage. "We are already experiencing more and more flooding due to climate change in every storm," said Michael Oppenheimer, a geosciences professor at Princeton University. "And it's only the beginning."

The winds and rain were so strong Saturday in North Carolina that all bridges to the Outer Banks were closed for several hours following a deadly accident over the intracoastal waterway. Tyrrell County Sheriff Darryl Liverman told the Virginian-Pilot that high winds tipped over an 18-wheeler, killing its driver and shutting down the U.S. 64 bridge. And on Hatteras Island in the Outer Banks, a small tornado spawned by Hermine knocked over two trailers and injured four people, authorities said. Earlier in Florida, a homeless man died from a falling tree.

Hermine's timing couldn't be worse for coastal communities hoping for revenue from Labor Day events. "This weekend would normally be a parking lot," said Jim Derrick. His family businesses include a mini golf course, sea shell store, indoor bounce house and ice cream shop in Rehoboth Beach, Delaware, where the beach was closed to foot traffic and swimming was prohibited Saturday. He called the weekend "definitely disappointing," although his bounce house was packed. Elsewhere along Hermine's path, people were having decidedly less fun.

In Savannah, Georgia, Bacon Fest was canceled Friday and Saturday's Craft Brew Fest was moved indoors. In Virginia Beach, the storm forced Bruce Springsteen to move a Saturday night concert to Monday. Swimmers were ordered out of the surf in New York and New Jersey. And Amtrak cancelled or altered some service as the storm approached. Joyce Harper and her husband, of Berkeley Township, N.J., canceled Monday's family barbecue and took their three young daughters to the Seaside Heights boardwalk to "burn off some energy" ahead of the storm. "If it's as bad as they expect, then we're all going to be indoors for a couple days. I love my kids, but two days is a long time to be together in close spaces," she said. 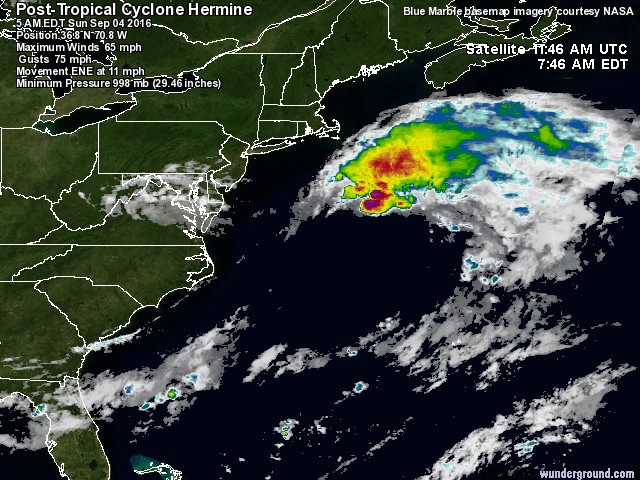