A TSUNAMI WATCH IS ISSUED FOR THE STATE OF HAWAII 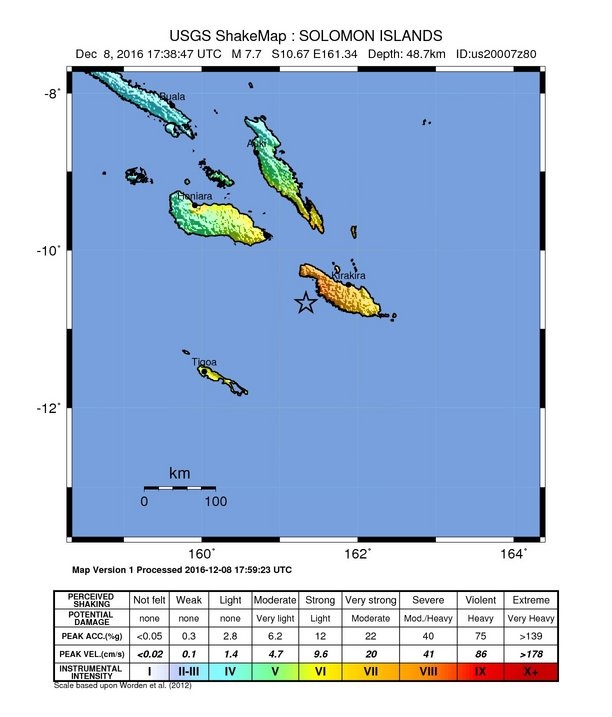 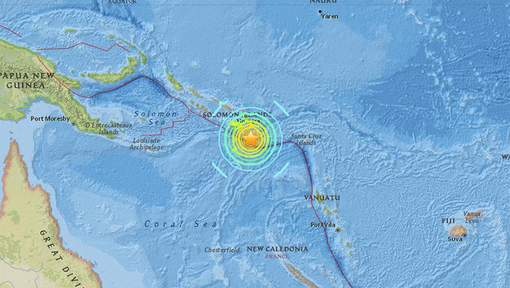 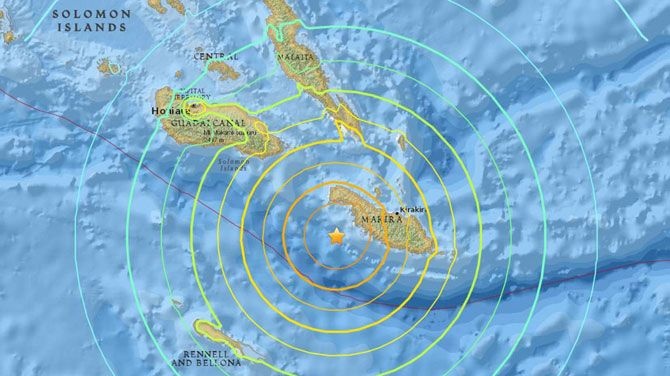 EARTHQUAKE MAGNITUDE DOWN GRADED TO 7.8 FROM 8.0.

BASED ON ALL AVAILABLE DATA THERE IS NO TSUNAMI THREAT TO THE STATE OF HAWAII. THEREFORE... THE TSUNAMI WATCH FOR HAWAII IS NOW CANCELLED.

Residents of the remote Solomon Islands rushed into the hills after a powerful 7.8 earthquake struck early on Friday, with some reports of small tsunami waves as aftershocks rattled the South Pacific nation.

Authorities in the Solomons, where several significant naval battles were fought during World War Two, did not find any evidence of casualties or widespread damage by sundown, although communication can be difficult across the archipelago of some 900 far-flung islands.

The huge underwater quake triggered a tsunami warning for a wide swath of the South Pacific. While that warning was later canceled by the Pacific Tsunami Warning Center (PTWC), the threat of aftershocks and unusual waves, abnormal high tides and currents meant many villagers near the epicenter were preparing to spend the night in the relative safety of the hills.

Life appeared to be back to normal for most people on the Solomons' six main islands within hours of the quake, although residents in southern Makira province closest to the epicenter remained cautious. The province on San Cristobal island, about 200 km (120 miles) east of the capital, Honiara, was still being rattled by aftershocks more than 12 hours after the first quake.

"We are quite safe up the hill from the sea," John Pirimare, a resident on Nafinua Island, told Reuters by telephone from the hills to where he and up to 600 other villagers had evacuated immediately after the quake.

Constable Abel Muri from the Kirakira police station in Makira said there were no reported casualties.

"Some people are beginning to come back in to town, but others have stayed at the higher ground," Muri told Reuters.

"We are now just experiencing the smaller earthquakes."

The U.S. Geological Survey originally recorded the pre-dawn quake with a magnitude of 8.0 but later downgraded it to 7.8.

There was a modest rise in the sea level in the region, with a 43 cm (17 inches) lift recorded in neighboring New Caledonia, south of the epicenter, according to the Hawaii-based PTWC.

While the PTWC canceled its warning of a potentially hazardous tsunami for the Solomons and neighboring island chains, authorities in New Caledonia ordered people on the east coast and in the Loyalty islands to move to higher ground.

Martin Karani, a politician who represents Makira in the Solomons parliament, said the southern parts of the province were the most affected.

"Waves have come in to the villages and taken away the dugout canoes that were on the shore and also some houses that were down near the beach, but when it came through all of the villagers had already taken off," he told Reuters.
He said he had heard on short-wave radio, the only means of contacting the remote, worst-hit areas, that around 25 houses were washed away on the western side of the island.

The Solomons, perched on the geologically active "Pacific Ring of Fire", were hit by a devastating tsunami following an 8.1 magnitude quake in 2007. That disaster killed at least 50 people, left dozens missing and destroyed 13 villages.

"Things definitely shook for some minutes, but I’m walking around, I’ve been up the hill, and looking out over Honiara there is no visible damage here," Wan said.