Storm Barbara could cause Christmas chaos with strong winds expected to batter Britain. Scotland is predicted to be the worst hit by the weather, with gusts of up to 90mph forecast in places. Pockets of Northern Ireland, north Wales and the north of England are also due to feel the force of Barbara, which is due to roll in to the UK by Friday. The worst of any destruction is expected between Friday evening and Christmas Eve morning, but the potential for structural damage and disruption to some transport services means the storm’s impact could be felt long after the winds have subsided. Grahame Madge, spokesman for the Met Office, said: ‘The most intense winds will be in Glasgow, Inverness, and the north and west of Scotland. 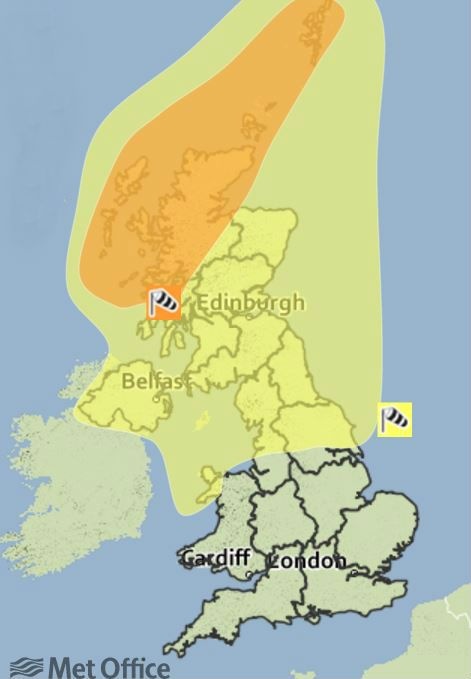 But the whole of northern England, north Wales and Northern Ireland could also be affected. We are expecting gusts of around 80mph widespread within the amber warning area, up to 90mph in places. We have had the good fortune to be able to issue the weather warnings ahead of Storm Barbara coming, with plenty of time hopefully for people to change their plans if they need to.

But the nature of the storm means it still has the potential to have an impact on power supplies, structures, and disrupt bridge and ferry crossings. It comes as the UK Coastguard issued its own safety warnings ahead of the weekend. Coastal operations area commander Ross Greenhill said: ‘We always advise people to check the weather and tidal conditions before they set out so that they can either prepare accordingly or consider whether they should even be going out at all.

At sea, changes in tidal streams can make conditions worse, particularly if the wind and tide are against each other and tidal heights may hide underwater hazards.

If you’re on the coastline, think twice about going out.

And however dramatic it looks, don’t be tempted to take pictures by putting yourself at risk. A dramatic photograph or selfie is not worth risking your life for. We’re aware though that even the best laid plans and most carefully thought out voyage can go wrong. If you get into trouble call the coastguard. Storm Barbara has been named in line with the Met Office’s alphabetical policy for the strongest weather systems and is only the second name designated this season, which began on October 1, after Storm Angus.

Storms are only named when they are deemed to have the potential to cause a substantial impact in the UK or Ireland.Other storm names to feature last season were: Abigail, Barney, Clodagh, Desmond, Eva, Frank, Gertrude, Henry, Imogen, Jake and Katie.The next storm will be called Conor, although no weather systems passing the naming threshold have been identified, the Met Office said.

Heavy snowfall starts around the A93 in the Scottish highlands and especially by Glenshee Ski Centre as Storm Barbara builds over Scotland. Filmed along A93 from Braemar to Glenshee Ski Centre morning of Wednesday 21st Dec 2016 before snow gates were shut. At least the Grouse were enjoying the quiet roads. 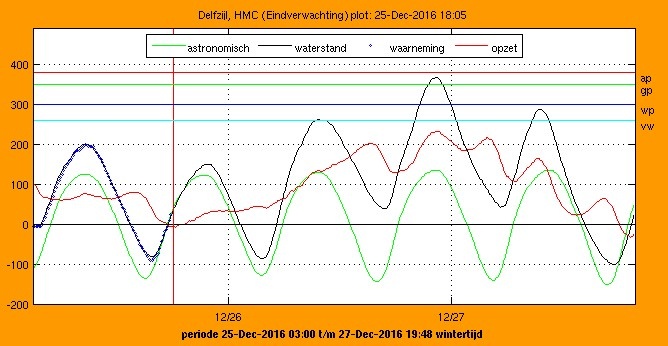