“At the moment, there are reports of seven deaths, five missing, and more than 20,000 affected,” said Pradeep Kodippili, spokesman for the state-run Disaster Management Center. The government declared a holiday for schools in the rain-hit areas on Thursday.

#CycloneOckhi
Heavy rain and wind wrecked havoc in Idukki. The weather is expected to be worse for the next 48 hrs. Take necessary precautions. pic.twitter.com/WiRdCNIr7C

Video from srilanka - Twisters because of #CycloneOckhi . The same cyclone is now battering kanyakumari district and surroundings . Prayers !! pic.twitter.com/AApBxvn1Sw

BREAKING NEWS: #CycloneOckhi can turn severe with heavy rainfall and wind over #Kerala, #TamilNadu in next 24 hours https://t.co/rKD3t561RN pic.twitter.com/RVb6qfMHoZ

#CycloneOckhi This Auto got smashed under this tree. The driver was sleeping inside. He is admitted in Trivandrum Medical College. pic.twitter.com/ZmtpiUFvsO

Cloud pattern seen from Vyttila Junction, #Kochi a while ago. See the . #CycloneOckhi is approaching. Mother #Nature is striking back! pic.twitter.com/OHW4xqgl4r

#CycloneOckhi battered many plsces like #Nagercoil #colachel #marthandam trees down in many places.#TNEB should do more works in reconstructing it pic.twitter.com/ln5PfoYlDj 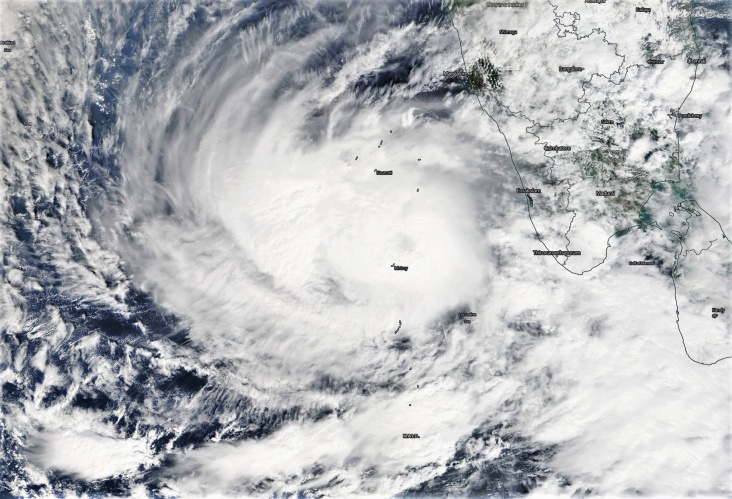 Still watching system in BOB for development into deep depression or cyclone this week. Approaching trough may shift track northward, but still watch for impacts in E #India late this week. #Chennai pic.twitter.com/Oocfsx1IVn