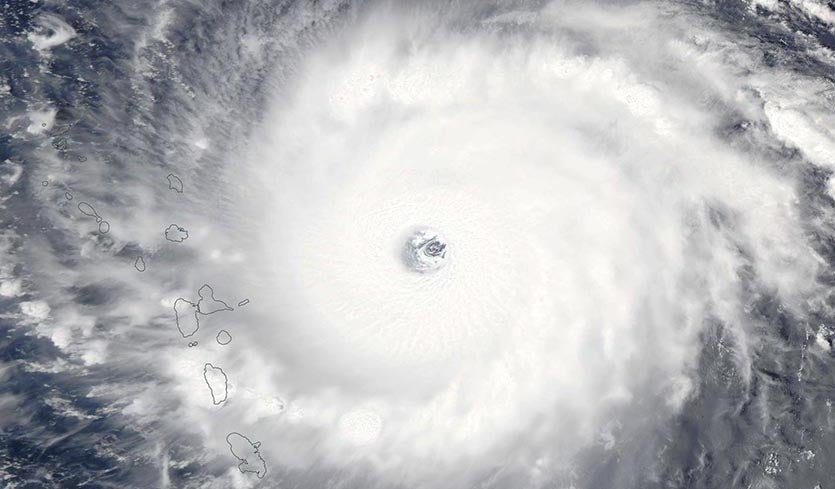 The strongest hurricane of 2017, Hurricane Irma, bears down on the Leeward Islands on September 5, 2017. At the time, Irma was at peak strength--a Category 5 storm with 185 mph winds. Bron afbeelding: NASA & Wunderground.com

The Atlantic hurricane season, which officially runs from June 1 to November 30, has finally drawn to a close. The brutal 2017 season was an awful reminder of the huge hurricane vulnerability problem we face, and how unprepared we are for a potential future where the strongest storms get stronger and push their storm surges inland on top of steadily rising sea levels. Much of the Caribbean lies in ruins after the terrific beatings administered by the twin demon Category 5 hurricanes of 2017, Irma and Maria, and a monumental clean-up continues in Texas and Florida from two strikes by Category 4 hurricanes, Harvey and Irma. And though final estimates are not yet completed, 2017 is certain to rank as one of the top three most destructive Atlantic hurricane seasons ever, thanks to three of the top ten most damaging hurricanes ever seen—Harvey, Irma, and Maria. One preliminary damage assessment puts the U.S. damage from these three storms at $207 billion, with another $25 billion in non-U.S. damage. We are lucky the damages weren’t $50 - $100 billion higher; had Hurricane Irma tracked just 20 miles farther to north, missing Cuba, I’m convinced it would have been a catastrophic Category 5 storm in South Florida.

The three great hurricanes of 2017 also killed large numbers of people. The preliminary death toll from Harvey is 84, and is 95 from Irma. Hurricane Maria, though, may be responsible for over a thousand deaths. New research that has not yet gone through peer-review puts the indirect death toll from Maria in Puerto Rico at 1,085 and rising, according to a story published Wednesday at vox.com. This does not include indirect deaths in the U.S. Virgin Islands, which were hit even harder than Puerto Rico. As we discussed in detail last week, the greatest number of indirect deaths on record for a hurricane is 500, for Hurricane Katrina of 2005. The official death toll in Puerto Rico from Maria is 58, with at least 26 of these being direct deaths (due to drowning or wind-related effects). The hurricane is also being blamed for over 40 other direct deaths along its path, including 31 in Dominica. 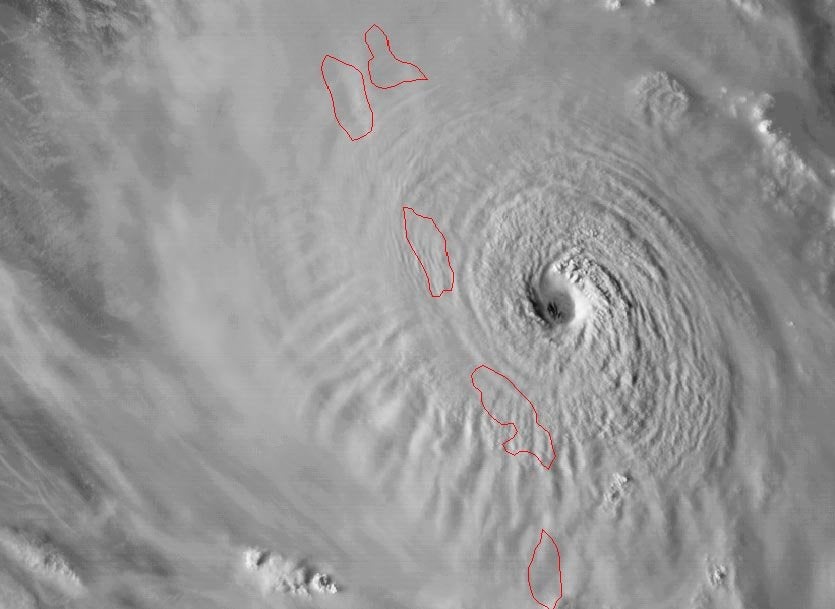 Twenty-three landfalls by the Atlantic storms of 2017

The 2017 hurricane season was exceptional for having three major hurricanes that all hit land at peak strength: Category 4 Harvey (Texas, with 130 mph winds); Category 5 Irma (Barbuda, Sint Martin and the British Virgin Islands, with 185 mph winds); and Category 5 Hurricane Maria (Dominica, with 160 mph winds.) At least 23 separate landfalls by named Atlantic storms occurred in 2017 (plus one by the hurricane-strength post-tropical Ophelia in Ireland): 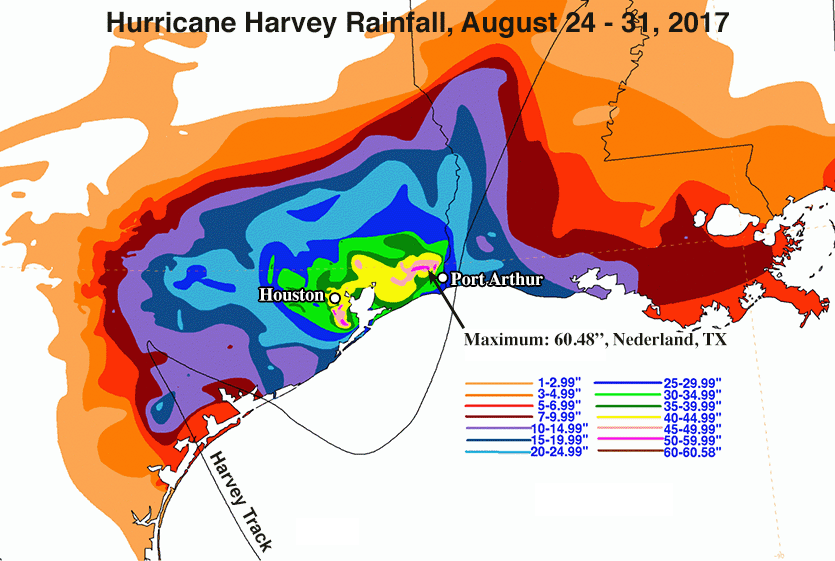 Highlights of the 2017 Atlantic hurricane season

Dr. Phil Klotzbach (CSU) released his end-of-the-season summary on Thursday; below are a few of his highlights, mixed in with some of my own:

But is the 2017 hurricane season really over?

While November 30 is the official last date of the hurricane season, the atmosphere sometimes has other ideas about when the season should really end. Since 1851, there have been eleven seasons in the Atlantic and two in the Eastern Pacific that have seen named storms form in December. Here’s a list of those seasons that have occurred since 1995:

Our three reliable computer models for forecasting tropical cyclone genesis—the GFS, European, and UKMET models—have not been hinting at any December tropical cyclone formation in any of their recent runs. However, sea surface temperatures are warmer than average throughout the tropical Atlantic, and we cannot dismiss the possibility that a hyperactive hurricane season like 2017 might have a Tropical Storm Sean in store for us later in December.