Taiwan Seismological Center is reporting this quake as M5.8 at a depth of 16 km (9.9 miles) and at least 12 aftershocks over the next 30 minutes. In addition, this area was hit by 4 moderately strong earthquakes several hours before the M6.1.

This earthquake can have a medium humanitarian impact based on the magnitude and the affected population and their vulnerability.

The USGS issued a green alert for shaking-related fatalities and economic losses. There is a low likelihood of casualties and damage.

Overall, the population in this region resides in structures that are resistant to earthquake shaking, though vulnerable structures exist. The predominant vulnerable building types are adobe block and mid-rise nonductile concrete frame with infill construction.

Recent earthquakes in this area have caused secondary hazards such as landslides that might have contributed to losses.

My light swinging a minute or two AFTER the #earthquake in #taipei pic.twitter.com/SLNkBySIMc

Look at these fish shaking during the M6.1 #earthquake in #Taiwan on February 4, 2018 pic.twitter.com/quHPgIcLxw 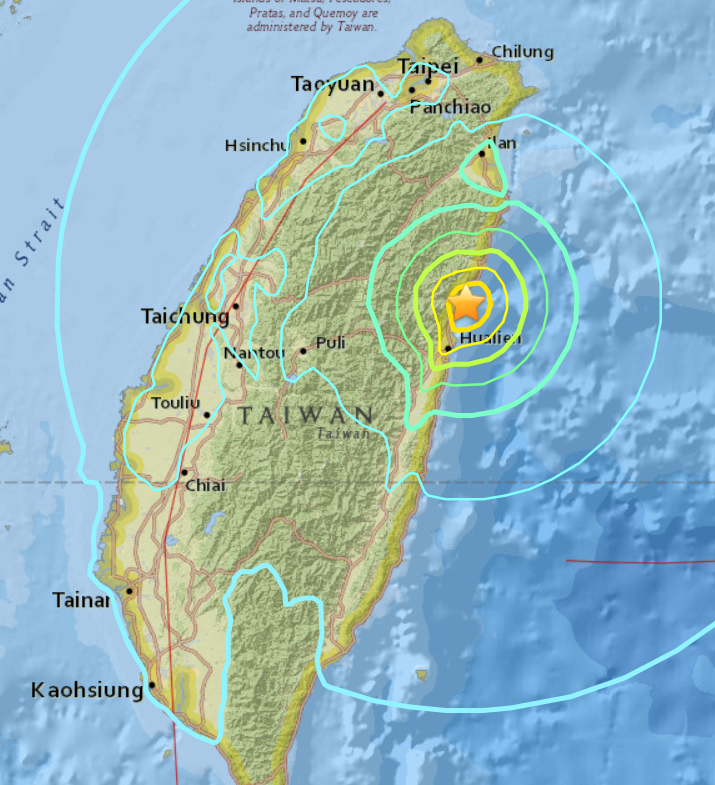 A magnitude 6.4 #earthquake has struck 21km (13 miles) NNE of Hualian, Taiwan, the USGS reports. Damage has been reported near Hualian per @BBCBreaking pic.twitter.com/5CsMw55W1P

Shocking images of the after affects of the 6.4 magnitude #Earthquake that hit the east coast of #Taiwan, Asia yesterday evening... ???? #TaiwanEarthquake #TAIWAN #ExtremeWeather
Source; @worlds_weather pic.twitter.com/ENPBedgUw6