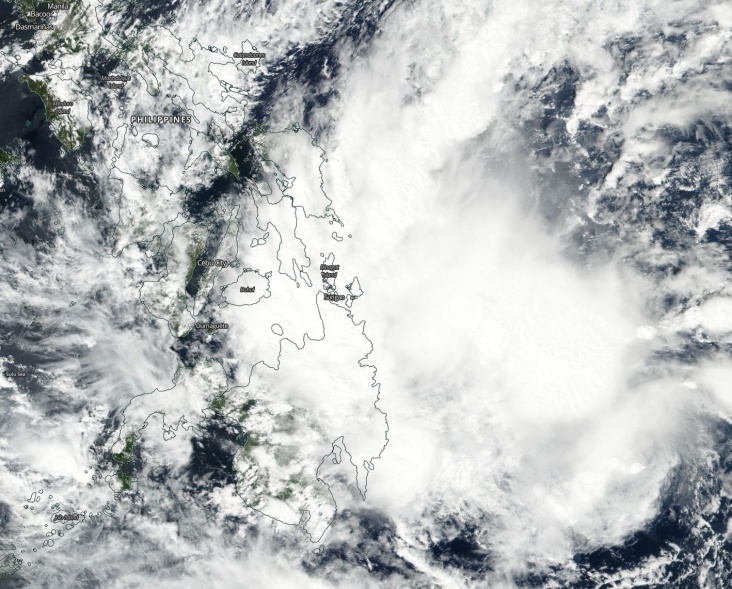 The area is currently inaccessible and authorities don't know the extent of the damage yet. Scattered to widespread moderate to heavy rains will prevail in the next 24 hours over Palawan and Visayas, PAGASA said. Meanwhile, scattered light to moderate with at times heavy rains is expected over Bicol Region, Zamboanga Peninsula, Northern Mindanao, Caraga, and the provinces of Basilan, Sulu and Tawi-Tawi.

Residents of these areas must continue monitoring for updates, take appropriate measures against possible flooding and landslides, and coordinate with their respective local disaster risk reduction and management offices, the agency said.

At 08:00 UTC today, the center of Tropical Depression "Sanba" was located 25 km (15 miles) SE of Tagbilaran City, Bohol. Its maximum sustained winds near the center were 45 km/h (28 mph) with gusts to 65 km/h (40 mph). Although sea surface temperatures are still favorable, Sanba is now interacting with land which is limiting its development.

Over the next 24 hours, it will slightly weaken and track over Palawan before it heads out into warm waters of the South China Sea. This will allow slight intensification but Sanba will reach cooler waters after 09:00 UTC on February 15 which will make it decrease in intensity again. It will continue to weaken on February 16 and have the intensity of about 45 km/h (28 mph) before making landfall in Vietnam where it will dissipate by 09:00 UTC on February 18.