At least 18 people died in Yemen when floods caused by heavy rains swept through the south-eastern province of Hadramaut, which has been declared a disaster zone, officials said.

According to first reports received by a crisis cell set up to coordinate rescue efforts, seven people perished in Al-Mukalla, capital of Hadramaut, and 11 more died elsewhere in the province, a cell member said. The official, who requested anonymity, said the town of Shibam, listed by UNESCO as a world heritage site, was totally isolated by the waters and its famous historic buildings were threatened with collapse.

Shibam, which is home to more than 20,000 people, is located some 450 kilometres north-east of Al-Mukalla. A local official earlier said that dozens of people were reported missing in the floods caused by torrential rains that have lashed the region since Thursday (local time).

Witnesses said they saw bodies floating in streams swelled by a downpour that lasted for some 30 hours. A member of the crisis cell set up by authorities in Al-Mukalla also said that at least 340 houses have been destroyed in the localities of Tarim, Al-Kotn and Shibam, all in Hadramaut, which is located on the Arabian Sea.

Local authorities said the floods caused heavy damage to roads and power and water distribution networks. Five army helicopters were flown to the area to try to rescue thousands of people stranded by the floods, he said. Choppers belonging to oil firms operating in the area were also enlisted to help. But gusty winds hampered rescue efforts and more rain was forecast in the next 30 hours.

President Ali Abdullah Saleh arrived in the province to oversee rescue operations after tasking a government commission with handling the effort. The state Saba news agency quoted Hadramaut Governor Salem al-Khanbashi as saying the province has been declared a disaster area.

At least 25 people were killed in Yemen in April 2006 in floods and lightning brought on by torrential rains in eight provinces of the impoverished Arabian Peninsula country.

At least 41 people were killed in floods and six more died after being struck by lightning in Yemen, officials said. Preliminary information received by AFP from emergency services and local authorities said 41 people died as floods swept through the south-eastern provinces of Hadramaut and Mahara on Thursday and Friday.

They said four people were killed by lightning in the southern provinces of Tayez and Lahj, and a mother and son also died when struck by lightning in the Al-Mahwit region north of the capital Sanaa. An earlier toll put the number of people killed by the fierce weather at 24. Hadramaut and Mahra were both declared disaster zones on Friday, officials said.

Rescue coordinators said that among the victims were seven people who perished in Al-Mukalla, the capital of Hadramaut which is located on the shores of the Arabian Sea. An official told AFP that also among the affected areas was the UNESCO world heritage site of Shibam which was totally isolated by the flood waters and its historic buildings were threatened with collapse. 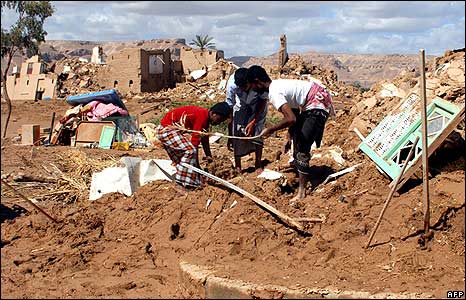 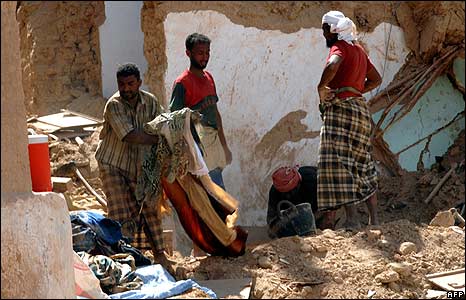 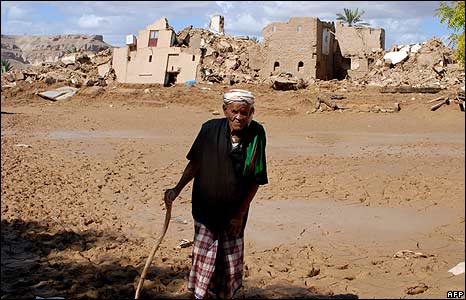 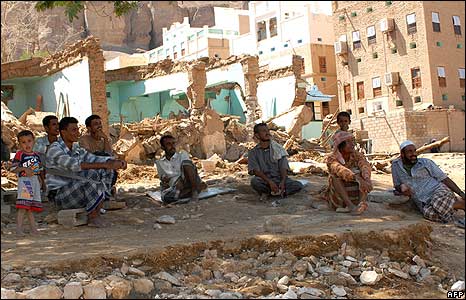 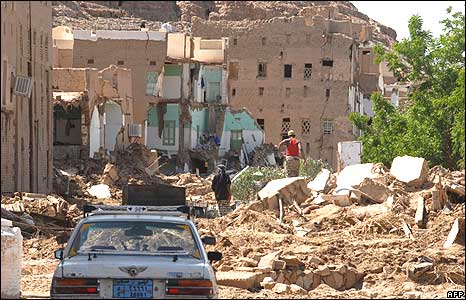