A magnitude 7.0 earthquake struck off the Kamchatka Peninsula in Russia's far east Monday evening, seismologists reported, but there was no immediate report of damage in the remote area.

No tsunami warnings were issued as a result of the temblor, according to the U.S.-based Pacific Tsunami. 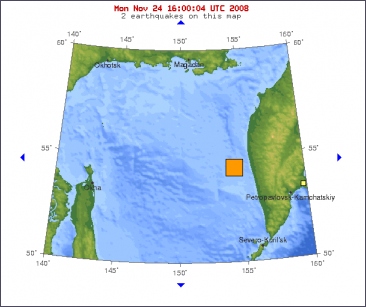