Berichtgeving over de vulkaan/aswolk in IJsland

Following yesterday's slightly surprising eruption development, more detailed news have begun to trickle in. I bring you as much as I know, straight from the very knowledgeable and probably very tired scientists who are working on this right now. And I apologise in advance for a lot of science-talk, but honestly, this is a simplified version of what is going on!

It's not clear exactly what time the eruption actually began, but it is clear that it started very gradually and then increased in strength. Data shows an intense but short-lived earthquake swarm, which then died out and gave way to gradually increasing volcanic tremor. It's probably fair to say that magma reached the surface at some point during the early tremor period. GPS stations in the area showed a subsidence of the ground, probably showing a release of pressure from the volcanic system, on Friday. This was around the time that activity at the FimmvÃ¶rÃ°uhÃ¡ls eruption site ceased. GPS readings then show a very rapid inflation on Monday, prior to the eruption, followed by another period of deflation immediately prior to, or just at the onset of the eruption.

The fissure that opened beneath the ice is believed to be about 2 kilometres long, and has actually breached the south wall of the mountain's summit crater, which is slightly unusual. I've seen some fantastic images taken by scientific flights over the area actually showing the growth of the holes in the glacier as ice was melted away, so the early hours of the eruption have proven to be really quite interesting.

Initially the eruptive plume was mainly white, consisting mostly of steam with a little ash. It seems to generally sit at around 4.5 kilometres altitude, occasionally reaching 6 kilometres following bursts of explosive activity. Around 6-7 PM last night, the plume began to get abruptly darker, probably indicating that enough ice had been melted from above the fissure to let ash and tephra (small bits of rock) through. The plume was really very dark by the time the sun started to set last night.

Ash and tephra fall was initially light, but increased as the plume became darker. The plume is being blown east by the wind, and this is not expected to change greatly in the coming day or so at least, so fallout should be contained to a fairly narrow band to the east of the volcano. As of this morning the depth of fallout on the ground was about 3-5 millimetres, but is ongoing.

Interestingly, the tephra fallout was very dark in colour, which is what would be expected from a basaltic eruption like this. However, there are reports coming in recent hours of the particles getting lighter in colour as the eruption progresses - now more of a grey-brown. This could possibly be indicative of more evolved, silica-rich magma beginning to make its way to the surface.

What does this mean? Well, higher-silica magmas tend to produce more explosive eruptions, and EyjafjallajÃ¶kull does have a history of such eruptions from its central crater. Bearing in mind that the eruption is already 'phreato-magmatic' in nature (water coming into contact with magma under the surface and interacting explosively) and therefore quite violent, the presence of more evolved magmas could still mean an increase in the violence of the eruption.

I'm sure you already all know about the jÃ¶kulhlaup (â€œglacial floodsâ€) that occurred yesterday, but I will sum them up. The volcano produced two separate jÃ¶kulhlaup, one flowing south, and one flowing north and then south around the other side of the glacier. These headed south towards the sea, and so Route 1 had to be broken to save bridges - a good decision, it seems, and one that seems to have worked.

A second jÃ¶kulhlaup burst occurred last night, and was quite different - the earlier ones were warmer, and largely water with some debris, but the second ones were much colder, almost freezing, with large chunks of ice from the glacier. These icebergs are probably going to be the biggest threat to the road and bridges if they continue to come, which is likely - as long as the eruption continues; we can really expect jÃ¶kulhlaup production to continue as well.

So what can we expect in the future? Well, as usual, we have no idea. The eruption could last days, weeks, or months (as evidenced by the 1821 eruption). The nature of the eruption could change if more explosive magmas are indeed present at this eruption site. More fissures could open up... you get the picture. All I can do it keep you informed of what is going on, and that's what I'll do. So keep checking back! 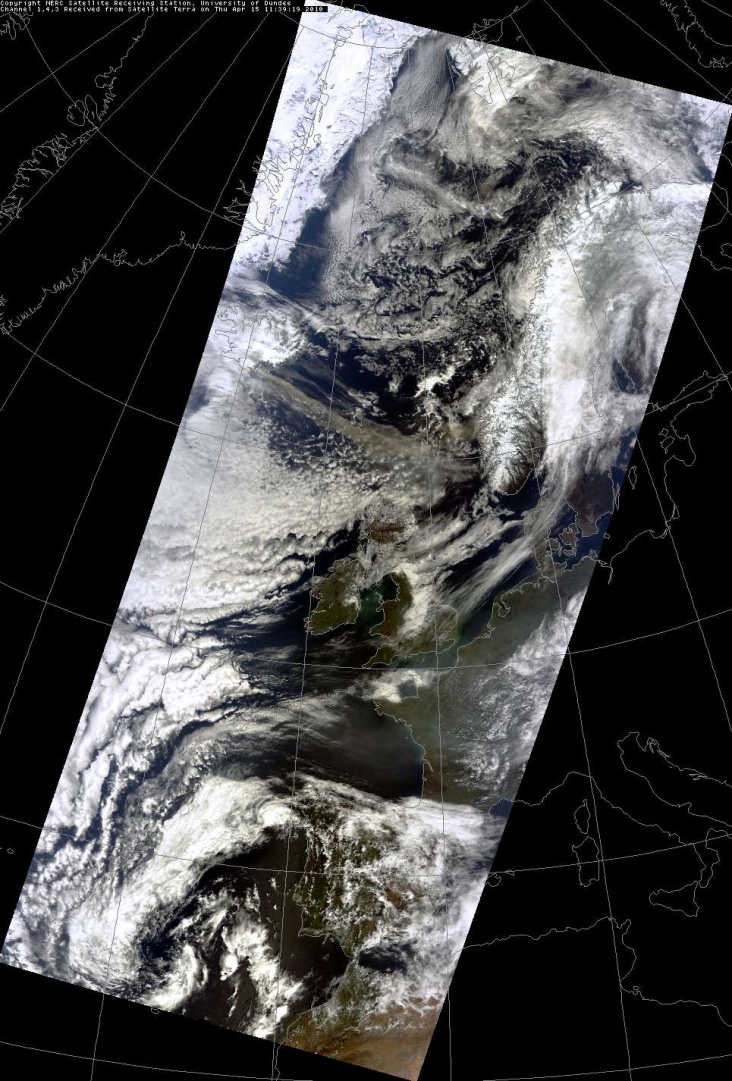