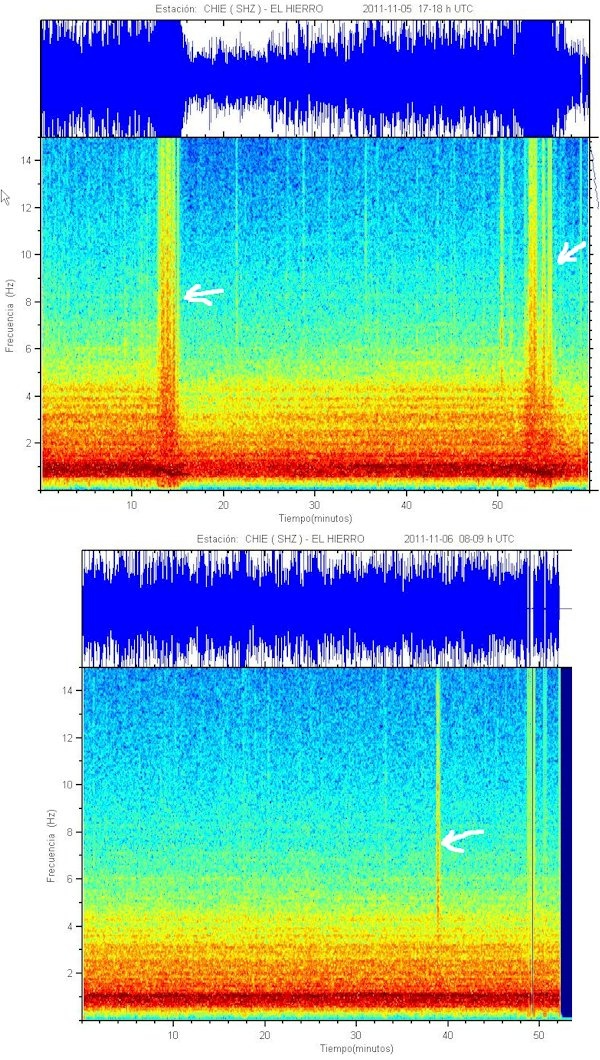 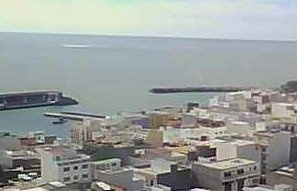 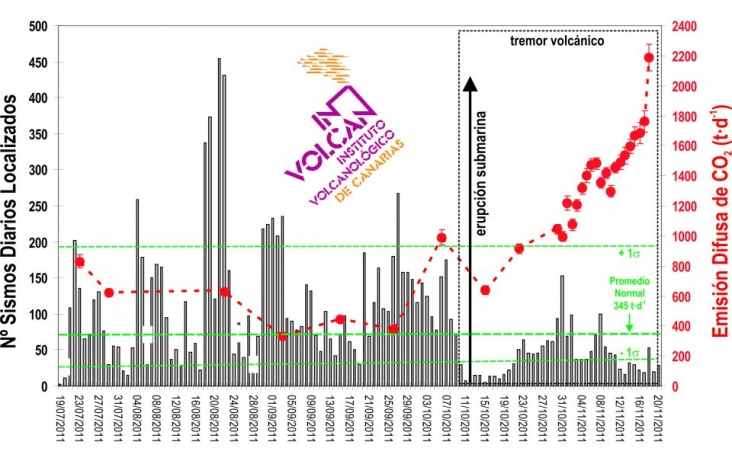 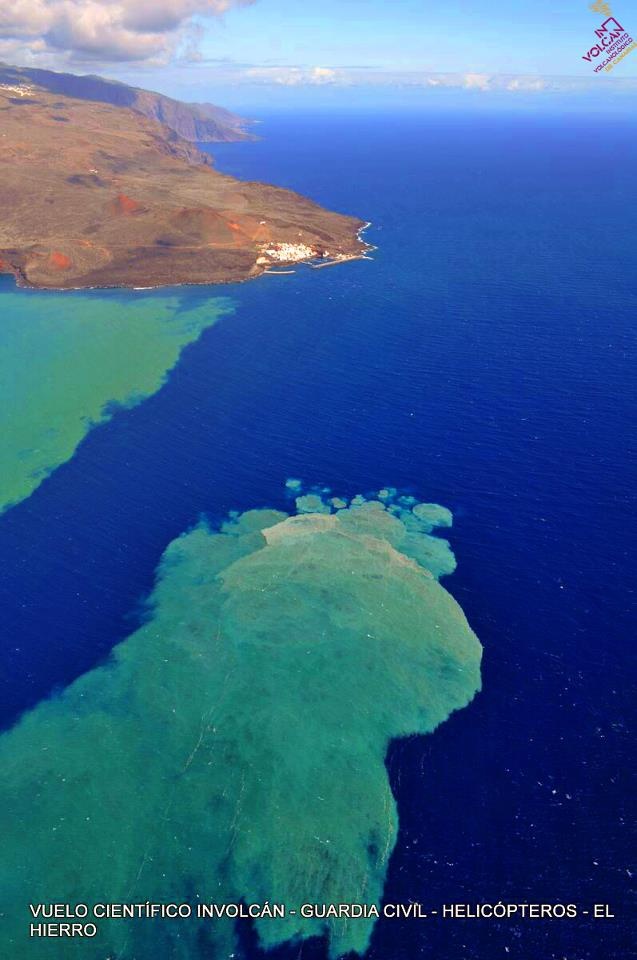 + 0 Tweet
QUOTE
Update 09 Ã¢â‚¬â€œ 10/12
Diario de Avisos had an interview with Alpidio Armas, the president of El Hierro. One of the most important quotes Mr. Armas said, was that the volcano grew 80 meters the last couple of weeks. The change in depth was measured by the oceanographic ship Ramon Margalef. The first bathymetry took place on October 24 (2 weeks after the start of the eruption) and the last one last week. Mr. Armas also said that according to the data of the Ramon Margelef 3 vents are active now and then.

QUOTE
What to expect next ?
Based on Mr. Armas interview and taking into account a number of uncertainties, Earthquake-Report.com expects that :
- if the eruption continues at the present rate and in the same vent, it will take max. 2 weeks to arrive at a depth less than 100 meter. We than expect very strong Jacuzzis during the hydromagmatic bursts.
- if the same process continues for about 3 to 4 weeks and in the same vent we expect regular hydrovolcanic explosions during the bursts.
- if the same process goes on 5 to 6 weeks the eruption may become Surtseyan. This is the most spectacular phase of the eruption. During this phase of the eruption ash and steam clouds can reach hundreds of meters to several km in height. Particular to Surtseyan eruptions are the thick,dark-pointed jets of fragments, often headed by bombs, shot out of the vent.
- if the same process goes on 7 to 8 weeks and in the same vent, the eruption will have created at least a new island
- the main vent is at a safe distance from La Restinga, so we do not see immediate danger for the population. 90% of the time the wind blows from the north or north east at this time of the year and accordingly the eventual ash will be blown further in the Las Calmas sea, avoiding damage at La Restinga..
- If a new island forms, it may indicate several months of uncertainty for the La Restinga population as nobody knows how long the eruption will last and when it will finally stop for a longer time as there may be several new eruptive periods.
Our expectation is based on medium harmonic tremor like we had the last couple of days. In case of strong or very strong harmonic tremor the time to get to these different phases may well be a lot shorter.

If our expectations are coming true, the eruption will make El Hierro appearing in every news show in the world. The island will start to attract visitors from all over the world.


Data Update 09/12 Ã¢â‚¬â€œ 23:59 UTC
- 2 earthquakes today, 1 epicenter in the El Golfo bay and the other one in between Los Llanillos and Tigaday
- Medium harmonic tremor with irregular burst keeping the eruption in the Las Calmas sea alive
- the jacuzzi activity in the Las Calmas sea during the day while we only had moderate harmonic tremor indicates that the vent gets nearer to the surface

Update 09/12 Ã¢â‚¬â€œ 16:17 UTC
- Not a lot to report today, but the (weak) jacuzzi area can be seen very well at this moment. Joke just reports that a beautiful green stain has been created today.

Update 09/12 Ã¢â‚¬â€œ 11:43 UTC
- On the RTVC webcam we have seen a number of Fisherman returning their boats (by the small opened corridor in the sea) from La Estaca to the port of La Restinga. Fisherman had been asked during the evacuation to take their boats to La Estaca.

+ 0 Tweet
QUOTE
Update 10/12 Ã¢â‚¬â€œ 09:24 UTC
- NO earthquakes so far today
- Medium harmonic tremor with a lot of powerful bursts
- Very bad weather at the Las Calmas sea and La Restinga this morning
- Due to the toppling waves one can hardly see any jacuzzi activity or stain, but the stain is very well present as well as a weak jacuzzi Ã¢â‚¬â€œ NO SLS (SLS = smoking lava stones)
- Why are we always talking about bursts ? People who are only looking to the daily harmonic tremor graph will only see vertical extended lines in the graph (upper graph). These vertical lines are sometimes events who are lasting many minutes. The lower graph shows the hourly graph tremor in between 08:00 and 09:00 this morning ( gray area from the upper graph). The lower graph shows regular bursts from many minutes.

+ 0 Tweet
QUOTE
Update 13/12 Ã¢â‚¬â€œ 10:21 UTC
- The RTVC webcam is showing a very turbulent Jacuzzi activity. The hydromagmatic bursts are having a growing impact on the surface waters and more than once the water is bulging.

Update 13/12 Ã¢â‚¬â€œ 09:49 UTC
- Joke is still taking pictures at montaÃƒÂ±a Naos of this mornings cloud, jacuzzi and stain. The weather conditions are however totally different than yesterday, so we think that yesterdays vapor clouds may not be present today.
- As expected, a VERY large and powerful Jacuzzi this morning. How do we see this ? During the last couple of weeks the Telefonica Cabildo webcam had to zoom into the jacuzzi sometimes beyond the buoy (laid there a couple of weeks ago). In todays image the webcam had to zoom out to be able to get an image of the extended jacuzzi. The jacuzzi activity is growing every day