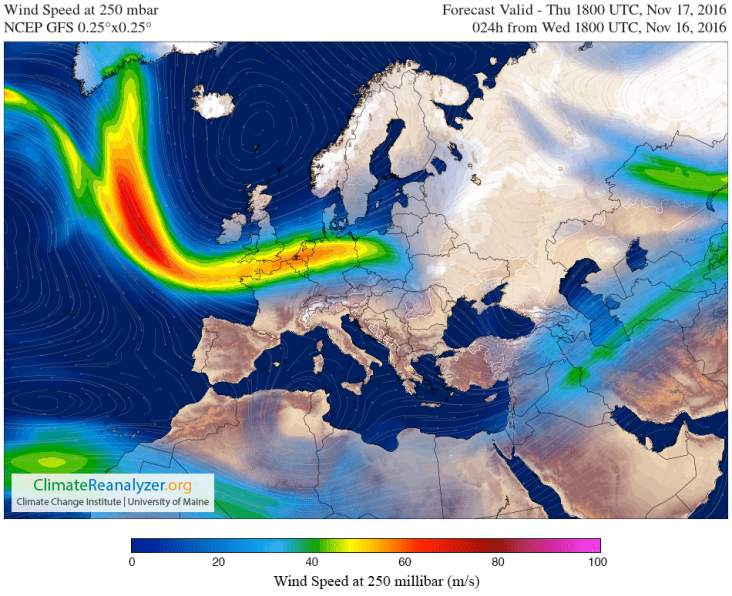 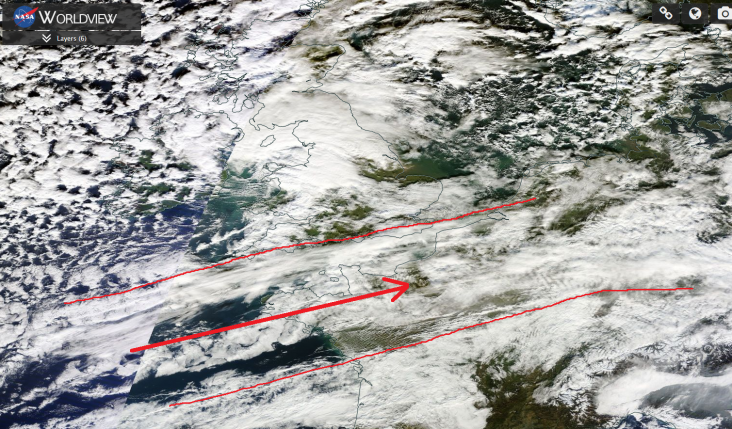 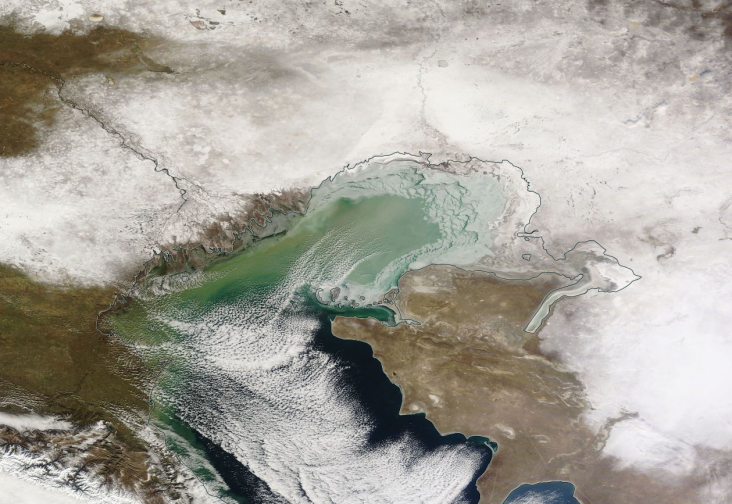 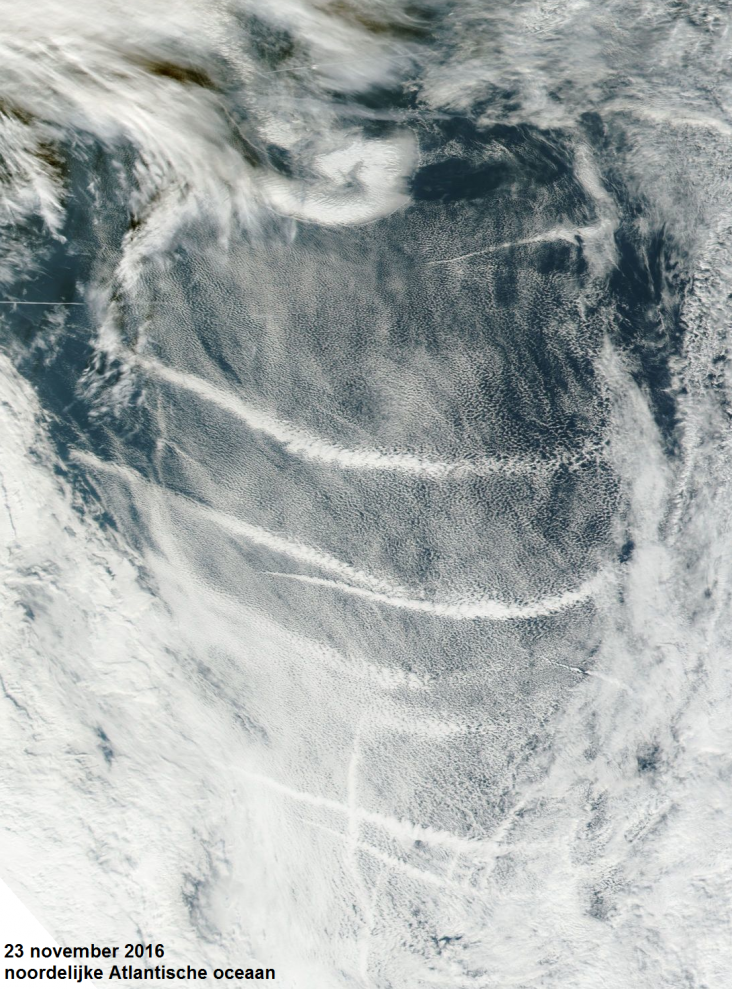 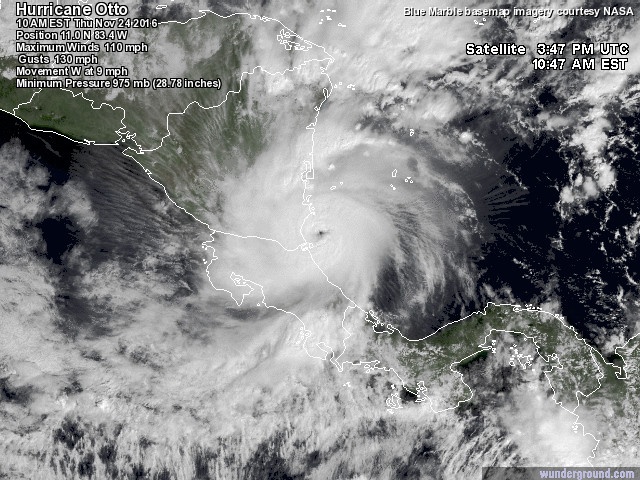 SKULL OF MATTHEW: During my weathercast. This satellite image of Matthew's landfall is REAL. Freaky! Credit: @dewey_perez @CBSNews @CNN pic.twitter.com/EaFA3SSNRS 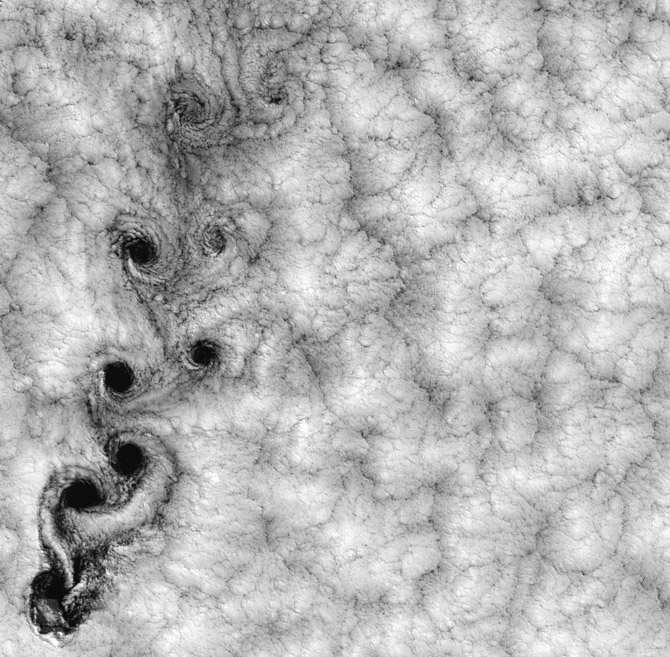 Alejandro Selkirk Island, off the Chilean coast, is acting like the cylinder in the image above, taken by the Landsat 7 satellite in September 1999. A beautiful vortex street disrupts a layer of stratocumulus clouds low enough to be affected by the island, which rises a mile above sea level.

More strange and wonderful vortex streets formed by islands can be seen in the images below and in the last slide of this gallery. Below is Guadalupe Island, 21 miles off the coast of Mexico’s Baja California, shot in 2000 by Landsat 7; Rishiri Island in the northern Sea of Japan, photographed by space shuttle astronauts in 2001; and Wrangel Island, above the Arctic Circle northeast of Siberia, flanked by a vortex street created by the smaller Gerald Island, imaged by NASA’s Aqua satellite in August 2008. 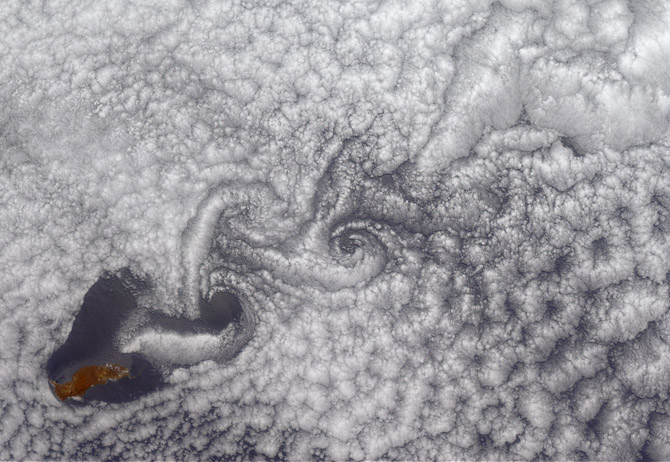 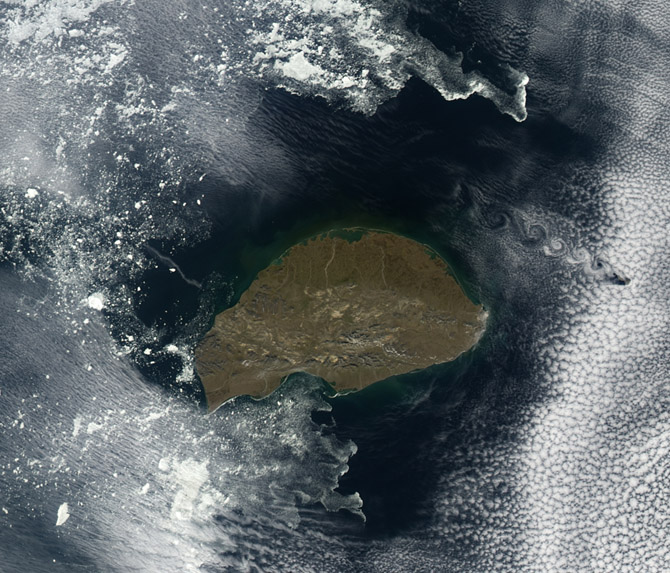 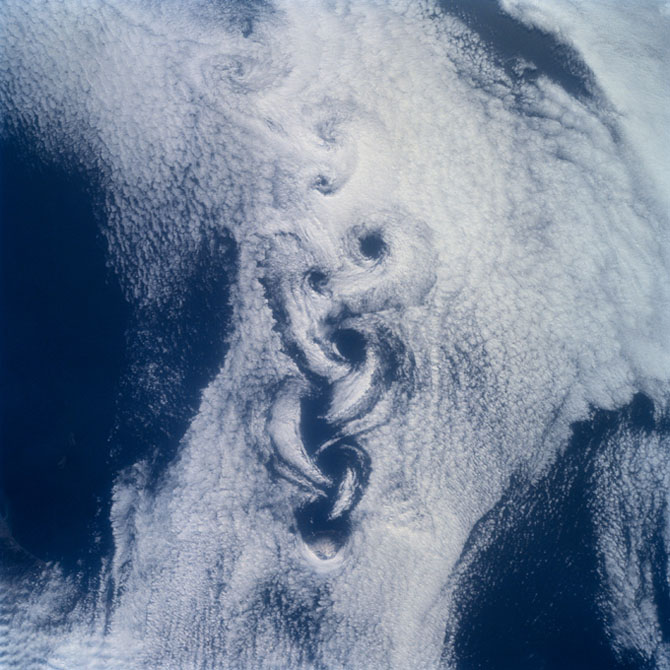 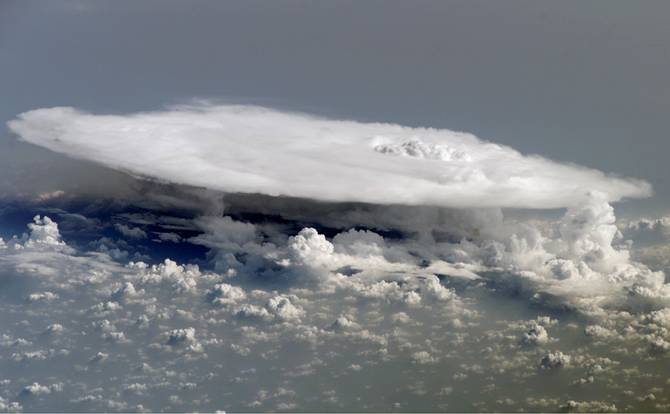 The anvil in the image above was captured by astronauts aboard the International Space Station as it crossed over western Africa in February 2008
The image below, taken by an astronaut aboard the space shuttle in February 1984, shows several cumulonimbus towers and anvils over Brazil. 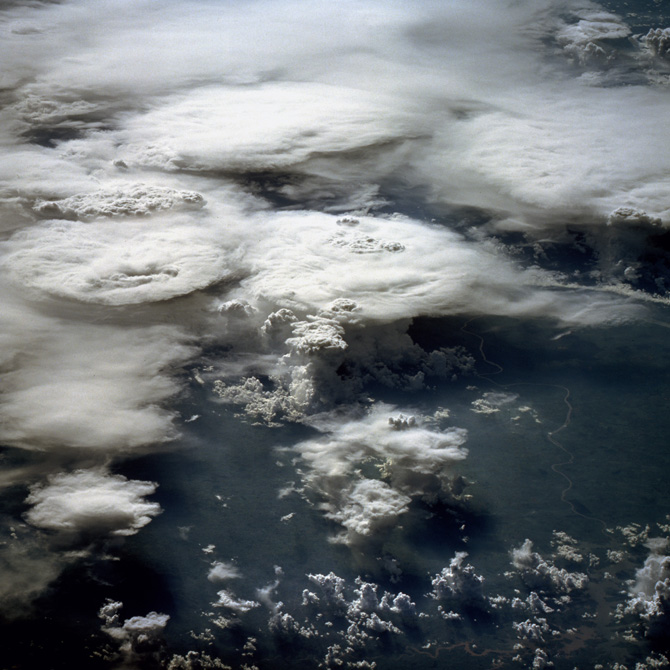 The image above was taken by the moderate-resolution imaging spectro-radiometer (MODIS) aboard the Terra satellite in December 2005
Below, the Sandwich Islands in the Southern Atlantic are also creating wakes as low-lying stratiform clouds pass by their volcanic peaks. The size of the wake corresponds to the height of each peak, which range in elevation from 620 feet to 4,500 feet. This image was captured by the MODIS instrument on NASA’s Aqua satellite in January 2004 The swirling pattern in the image above is two tangled polar cyclones over the South Atlantic Ocean. Cyclones like these are often created by low-pressure systems over cold, open water. The spot of green in the upper left is water just off the southern tip of Africa.

This image was taken by the MODIS instrument on NASA’s Terra satellite in April  2009. In this image, taken by the MODIS instrument on NASA’s Aqua satellite on August 19, 2009, the cloud cover is broken by the rivers, which don’t give off as much heat as the land does to warm the air and trigger the cloud formation. 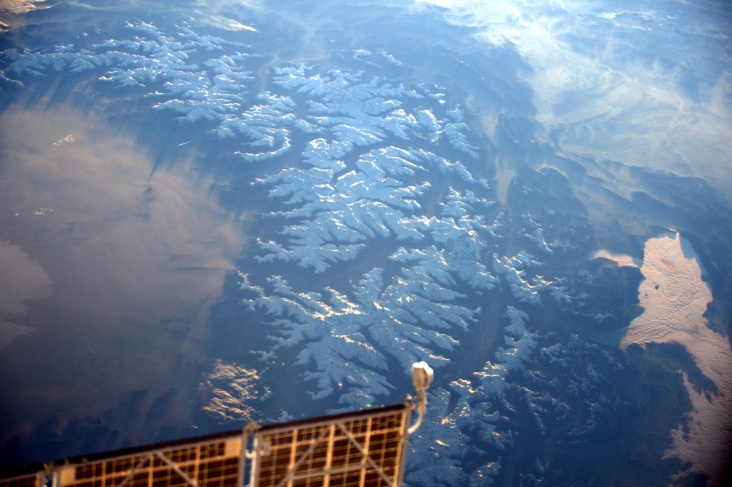 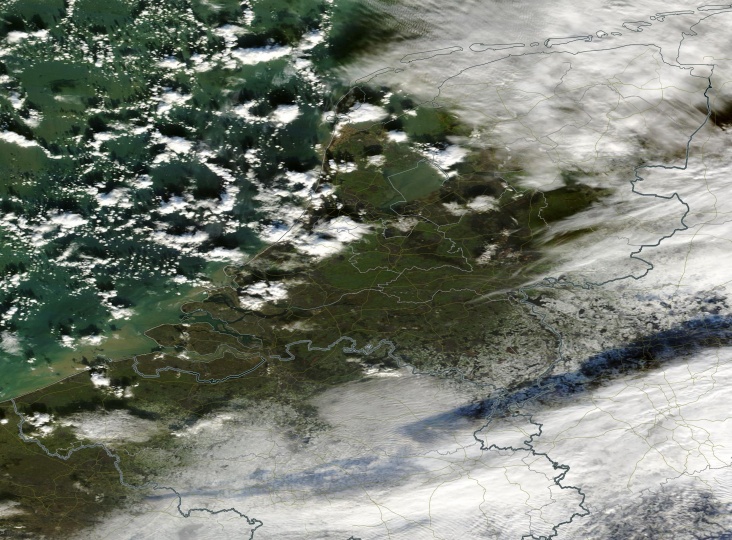 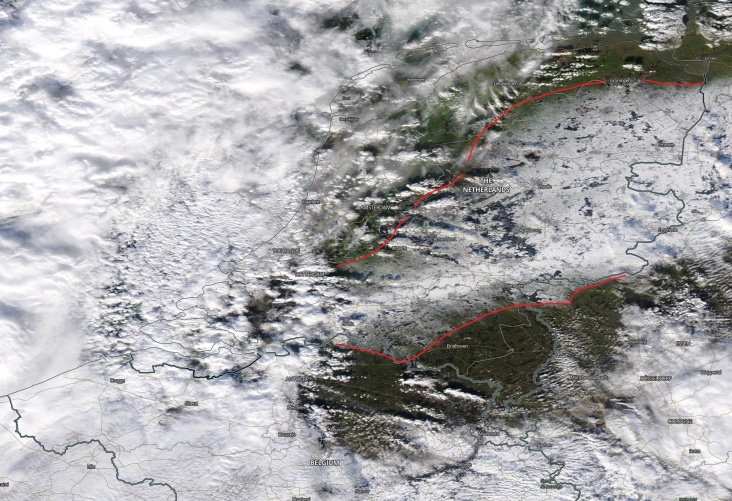 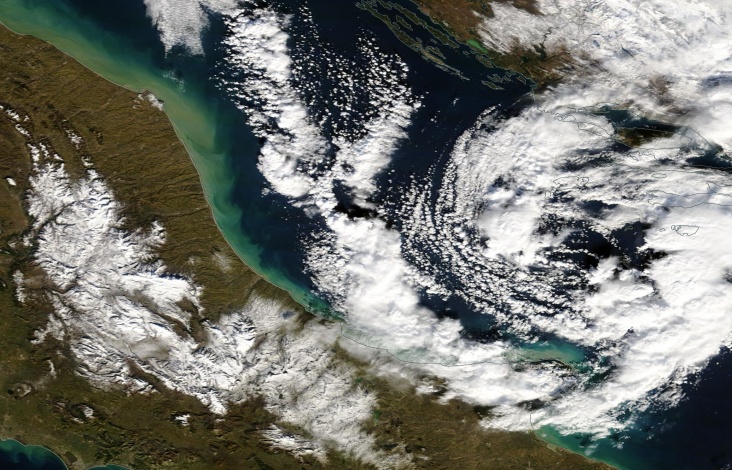 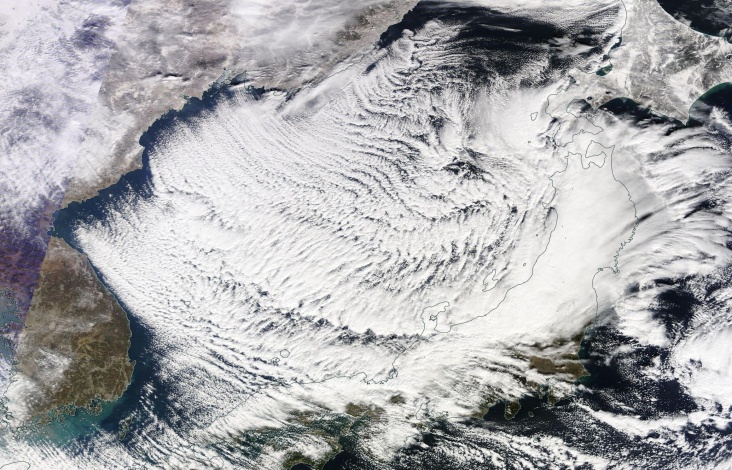 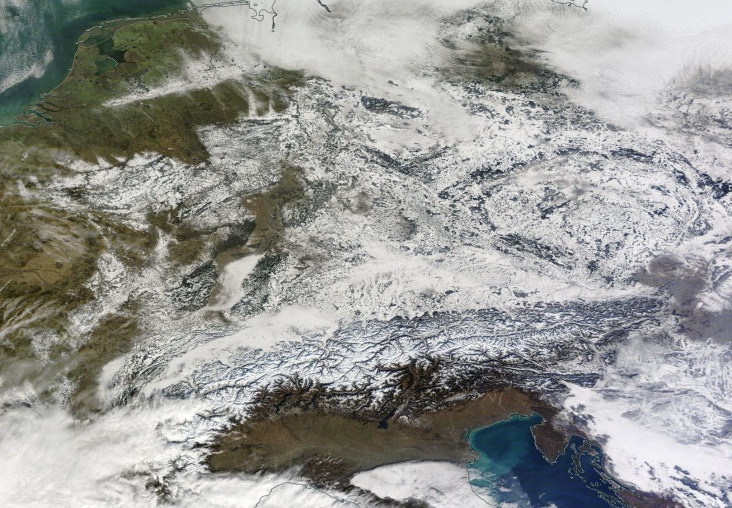 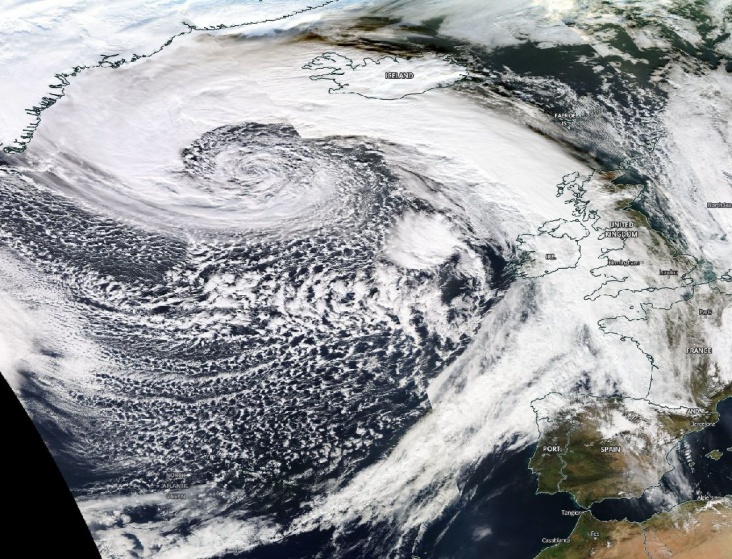 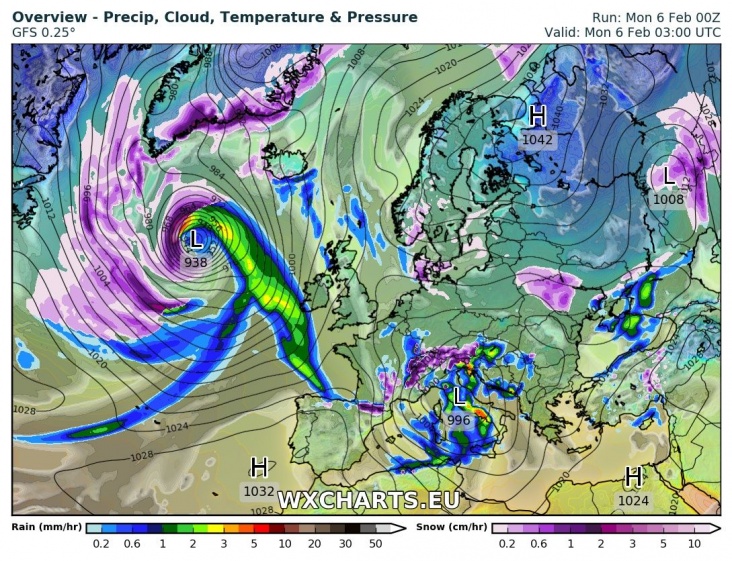 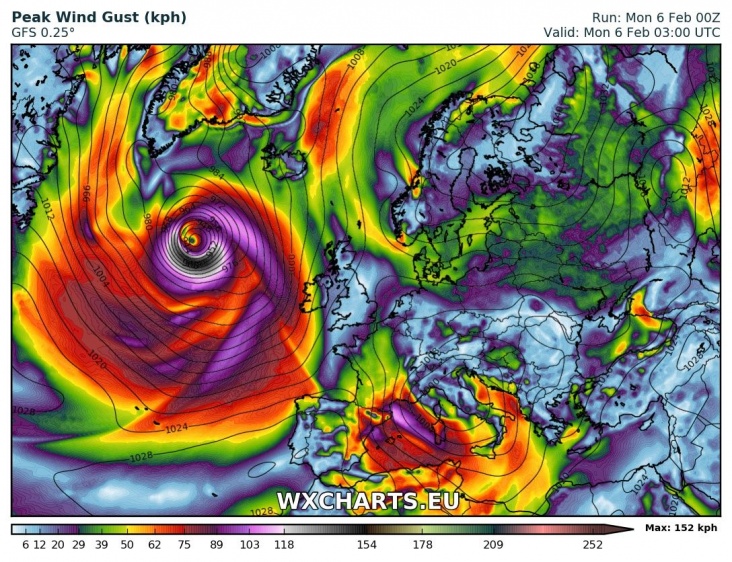 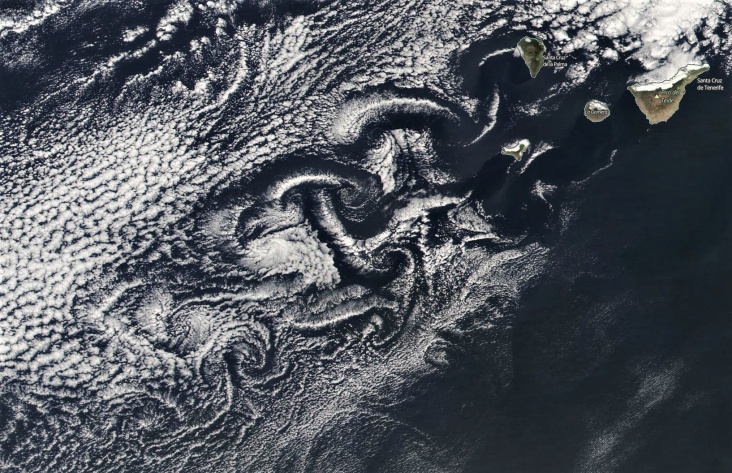 The flow of atmospheric air over obstacles such as islands or isolated mountains sometimes gives birth to von Kármán vortex streets. When a cloud layer is present at the relevant altitude, the streets become visible. Such cloud layer vortex streets have been photographed from satellites. Bron/meer uitleg: Wikipedia 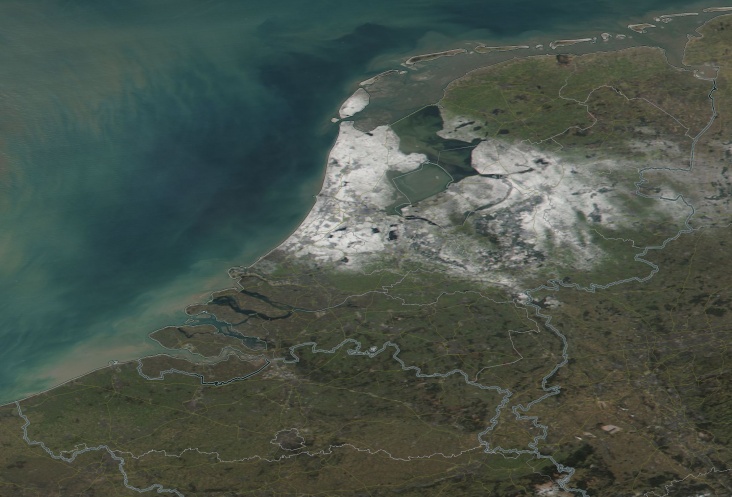 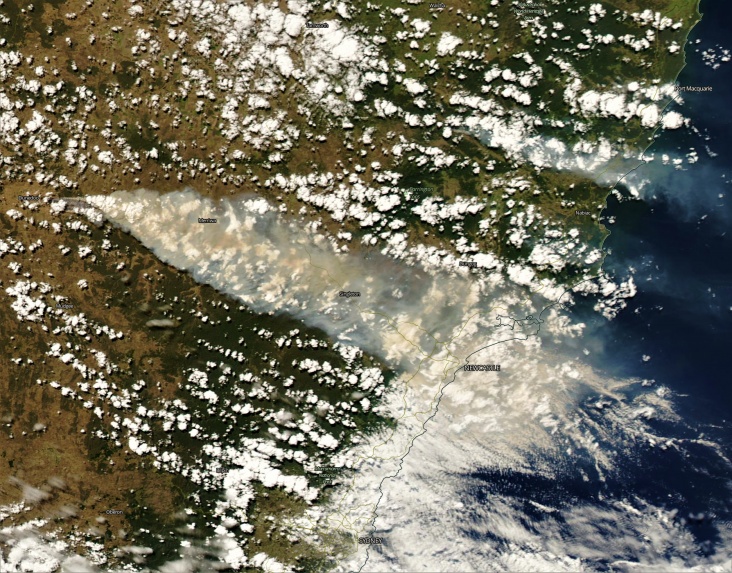 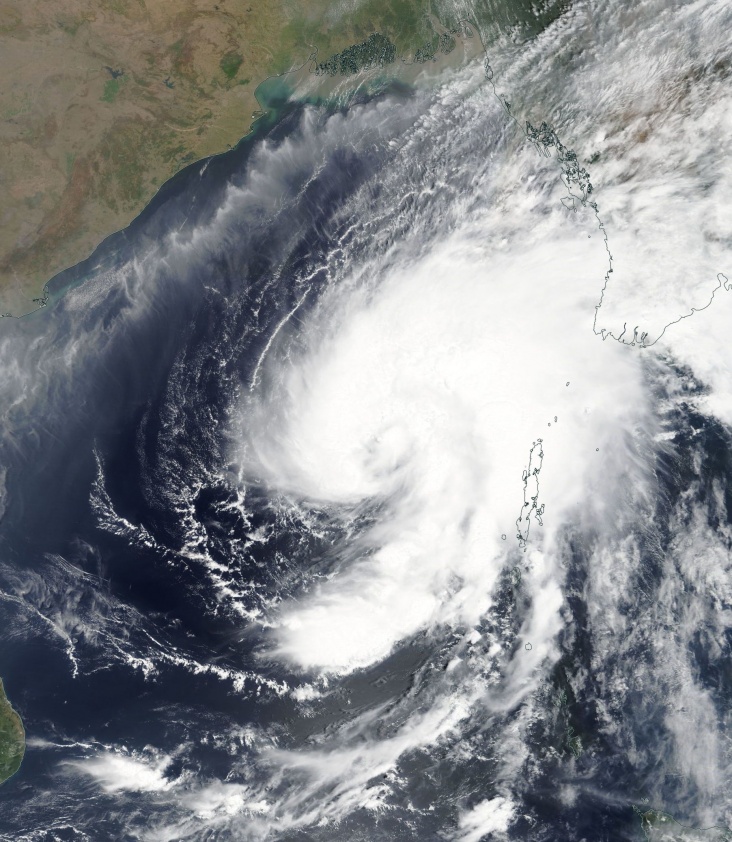 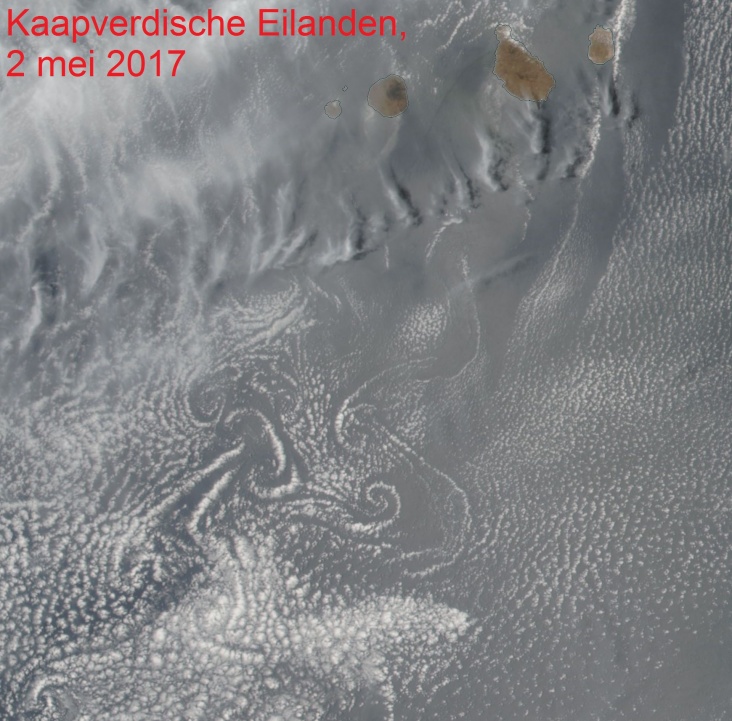 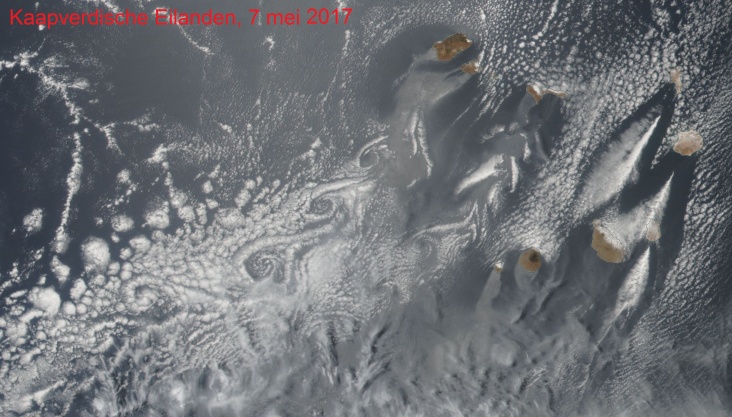