A tornado is pictured near a home in South Haven


A tornadic thunderstorm passes over Clearwater 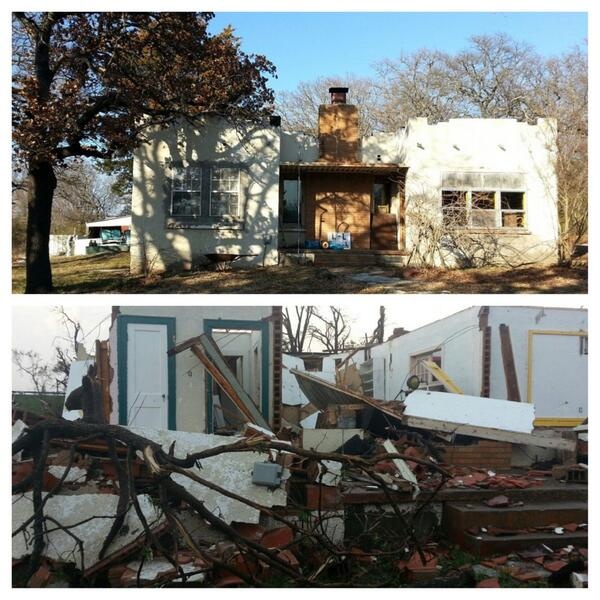 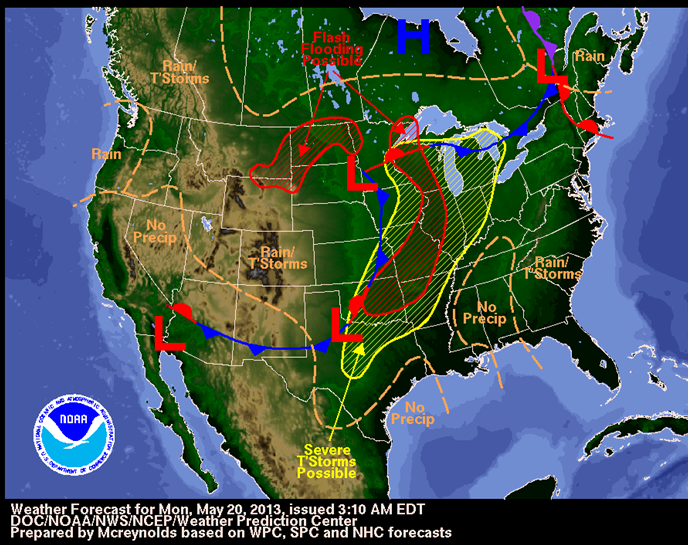 Kaart: SPC
Freedom is not worth having if it does not include the freedom to make mistakes.
Tatanka
Lid
Woonplaats: Drenthe
Berichten: 5118
Lid sinds: 4 jun. 2011

+ 0 Tweet
Over 400 storm reports across the U.S. yesterday. Lots of hail and tornado reports, along w/ one fatality. 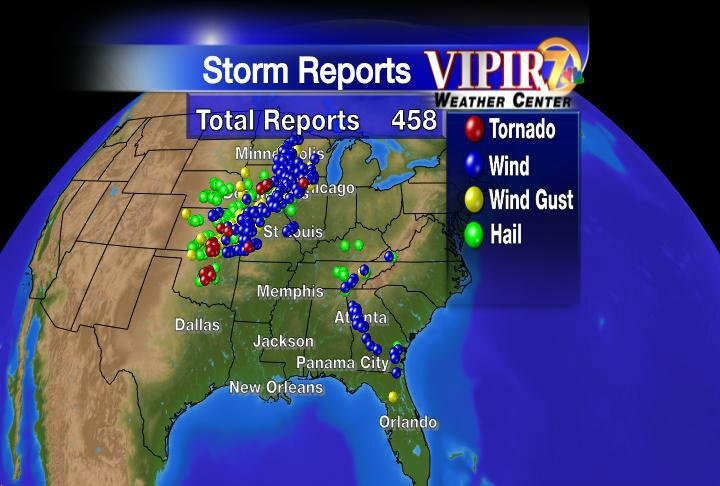 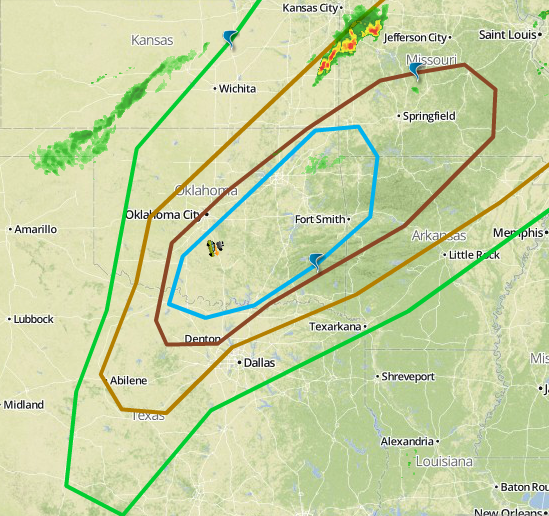 
This video shows our first two tornado intercepts of the season. It was a great day for us but you have likely heard that it was terrible day at Shawnee, Oklahoma. Lives were lost and unimaginable damage to the community. Our thoughts definitely are with them today.

We will have to get FLASH into the WireLess Age when we get back to Saskatchewan as we lost our antenna twice yesterday. In the video it is a bit hard to see but right after we went around the downed trees, we ran into a downed power line which hit the front of the truck and then smashed into the antenna.

Another chase day is forecast today in Oklahoma. The parameters in the atmosphere are similar to yesterday so we certainly expect more tornadoes.

As we woke up this morning in Ponca City, OK, you could feel the moist air as it prepared itself to become storm fuel. It FEELS like a tornado day.  Our target, at least initially is the Ada, Oklahoma area. Ironically it was May 21, 2011 that I intercepted two tornadoes at Ada...Can lightning strike twice?

This map shows the EHI or Energy Helicity index for 6pm. The number spikes right over the Oklahoma City/Shawnee area...This could be a very difficult day. 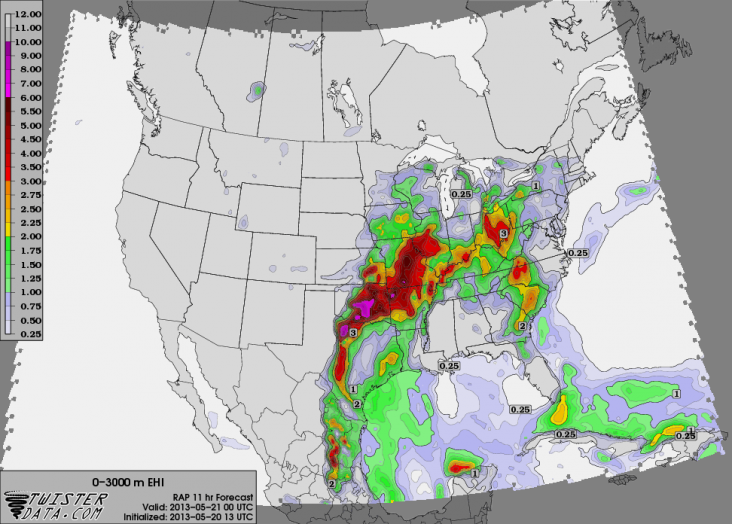 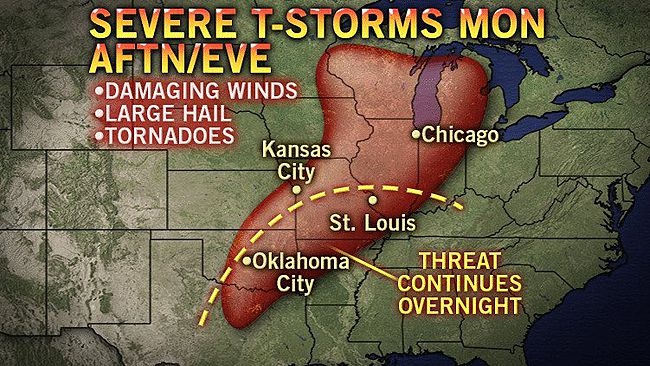 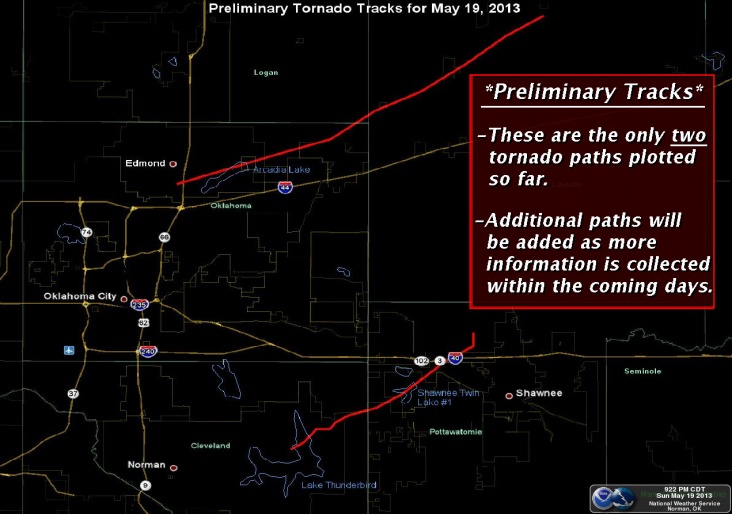 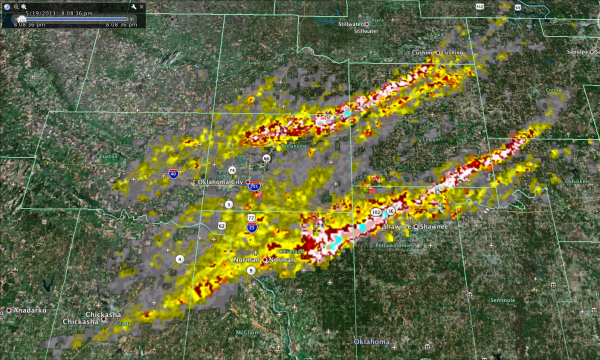 Kaarten: SPC
Freedom is not worth having if it does not include the freedom to make mistakes.
Ries
Lid
Woonplaats: Brouwershaven
Berichten: 4470
Lid sinds: 3 jul. 2010 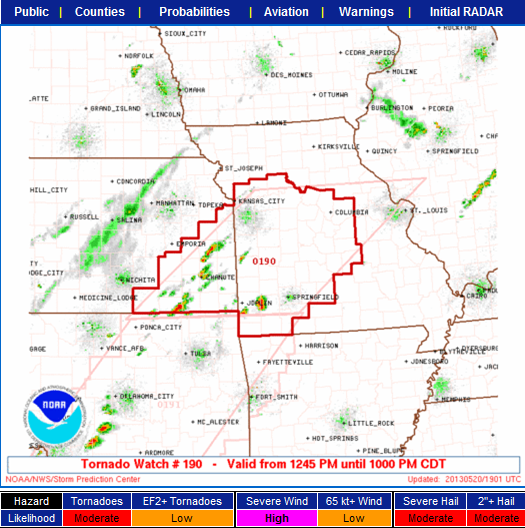 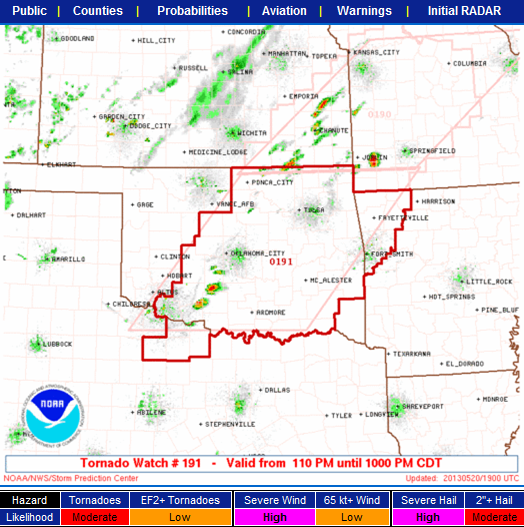