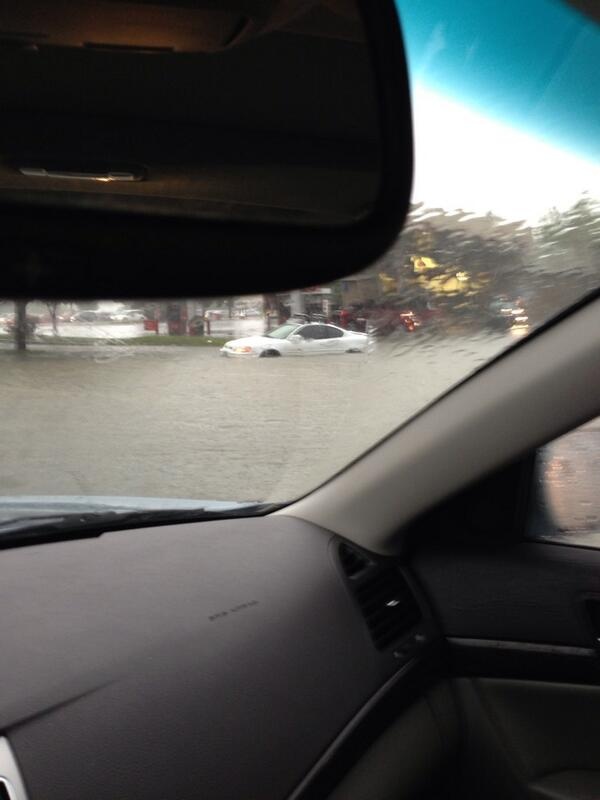 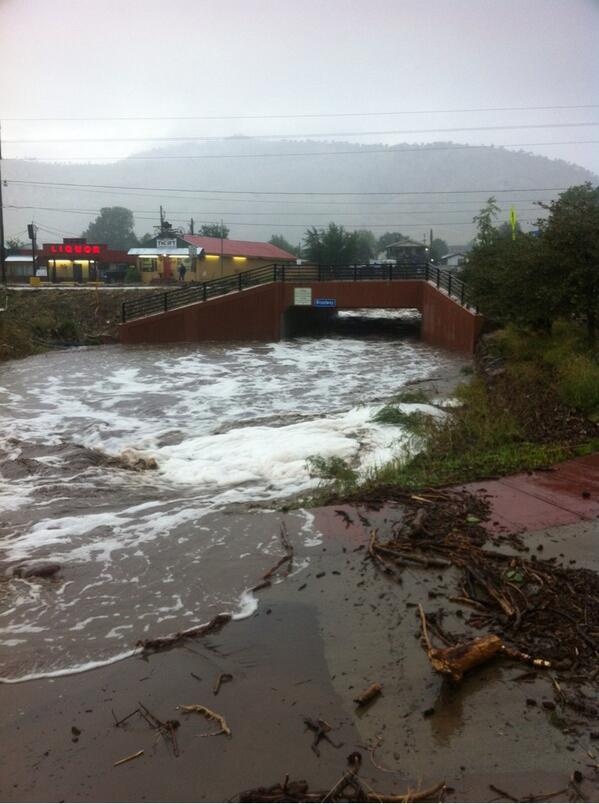 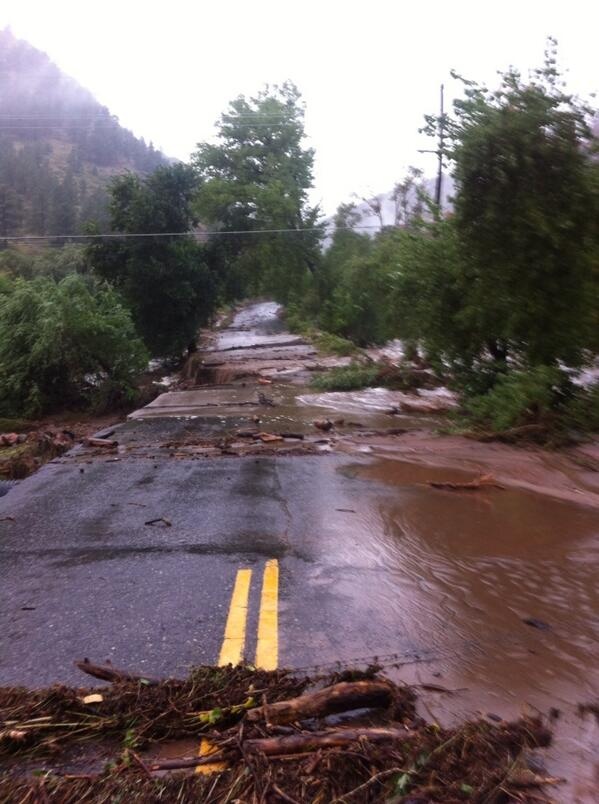 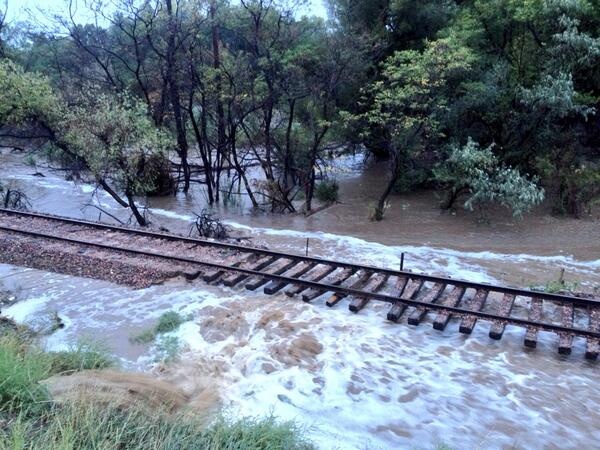 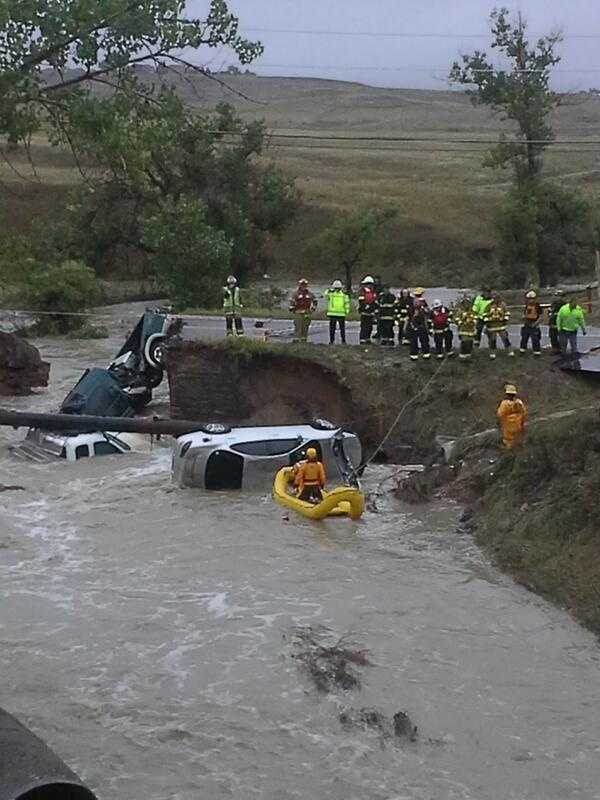 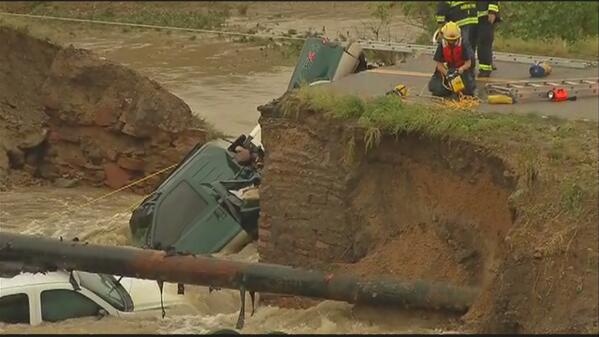 daylecedars: Another photo from Dillon Rd near Hwy 287 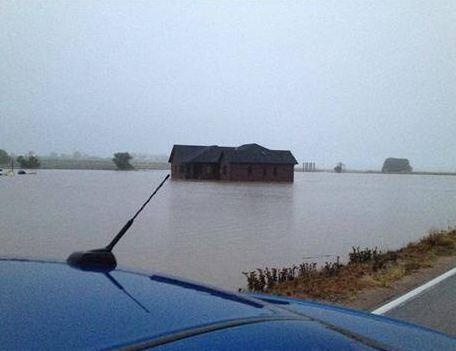 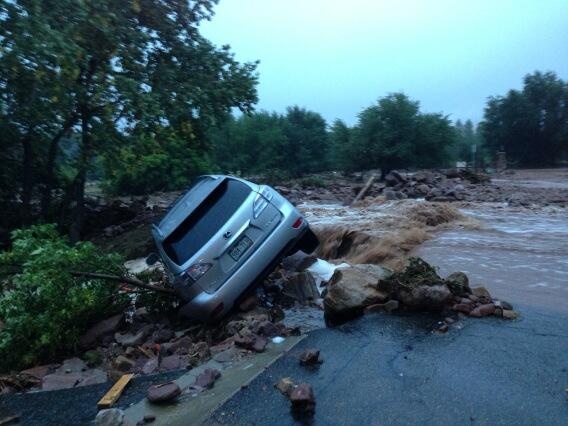 fishnette: Not going anywhere for a while in my hood. At Lakebriar off Linden, Twomile Creek. 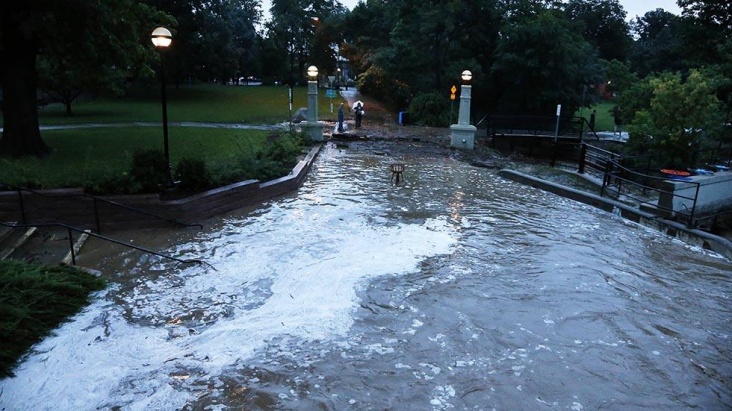 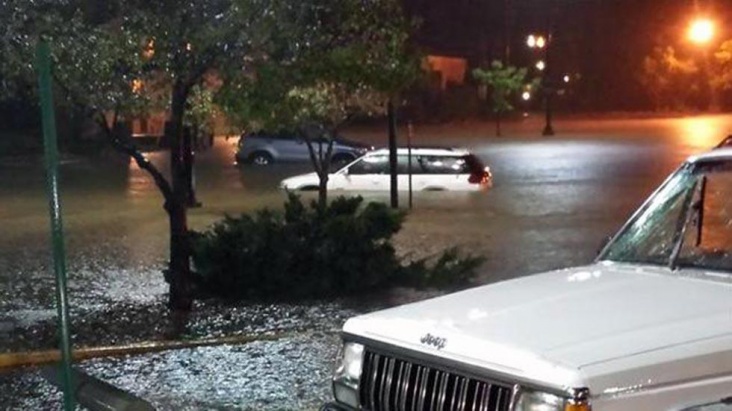 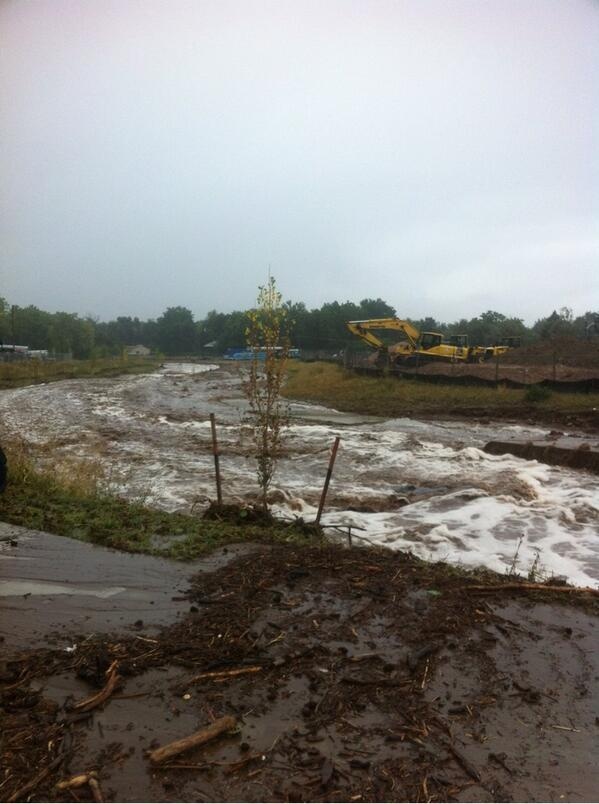 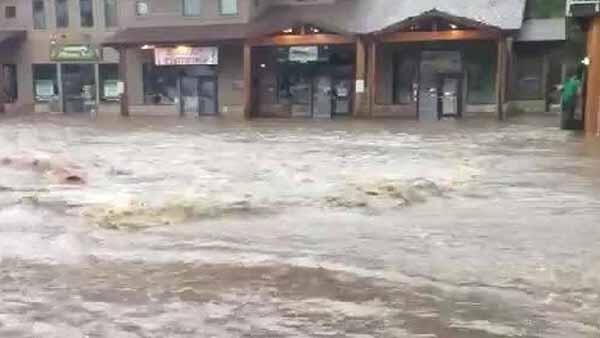 @KDVR: Estes Park, which appears to be heavily flooded 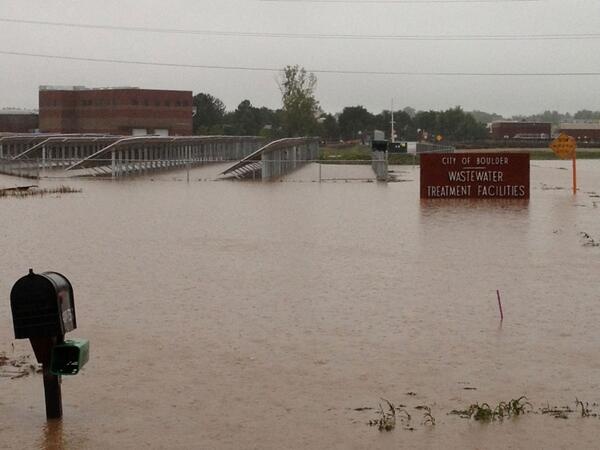 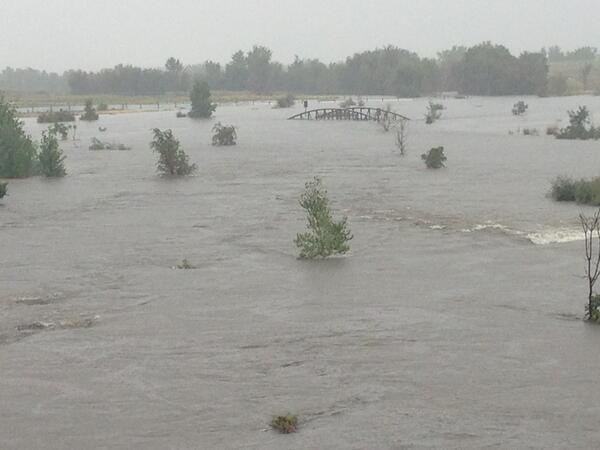 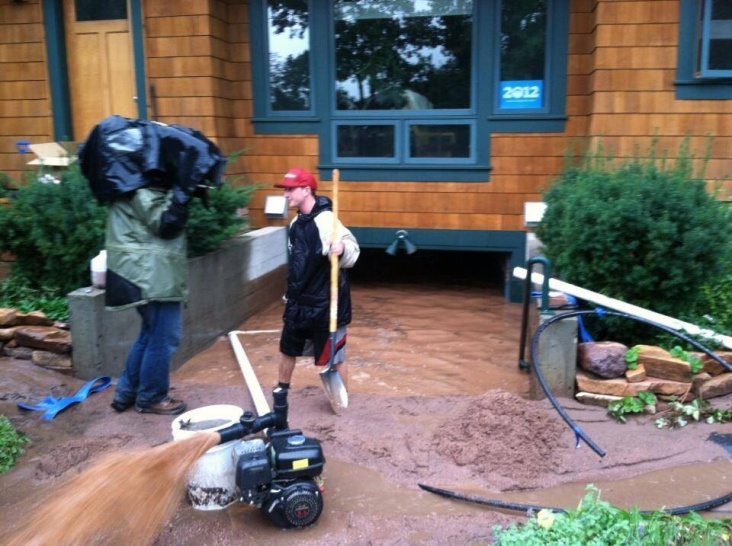 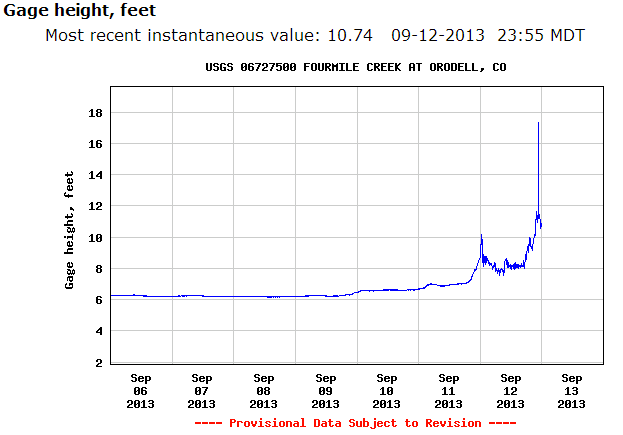 Visit NBCNews.com for breaking news, world news, and news about the economy


Raw footage from the front lines as a cameraman follows along with the Fire Department responing to some of the Extreme Flooding from the Big Thompson Canyon this evening between Loveland, CO and Estes Park, CO.

Land Lines and Cellular phone coverage is down and power is flashing in Estes Park, CO.

Travel is not advised, it just is impossible as Highway's 7, 34, and 36 are gone because they are just washed out.

Clip 1: Water over flowing the Damn Store at the mouth of the Big Thompson and over topping the control gate.

Clip 2: Shot of flooding sign with flooding in the background with the sign saying you are entering Big Thompson Canyon.

Clip 3: Park flooding. Footage from above the park.

Clip 4: Driving along the river in the Big Thompson Canyon.

Clip 5: Driving along the road as part of the bank is eroding. Extreme flooding in the river next to the road and then a waterfall on the side of the road on the right side.

Clip 7: Crews setting up for a rescue. Long clip that shows extreme flooding and a car that almost went into the water with skid tracks that go to the edge.

Clip 8: Shows a home getting blasted by ragging flood water. Camera pans back to the fire crews setting up with a hook and ladder truck to rescue people on the other side of the river.

Clip 9: Water blasting the side of the roadway as it undercuts the road and you can see chunks of the road fall away into the water.

Clip pans to the across the river from on top of the fire truck as crews rig up to bring more people back to safety.

Clip 10 More raging flood water and now shows the road is gone due to the flooding.

Clip 11: Further down the road that shows more raging flood water under cutting the roadway. 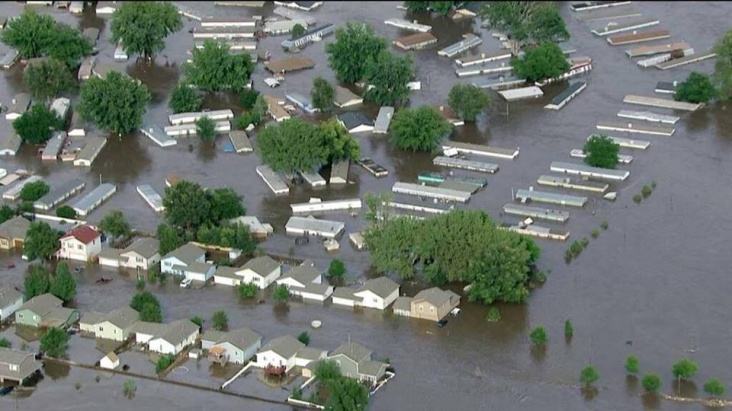 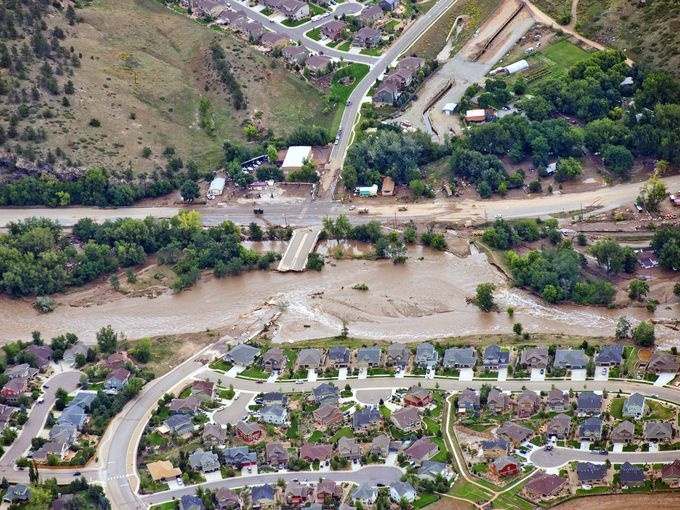 A residential neighborhood and a connecting road in Lyons, Colo., are cut in two by floodwaters as flooding continues to devastate the Front Range and thousands are forced to evacuate with an unconfirmed number of structures destroyed on Sept. 13, 2013.  John Wark, AP 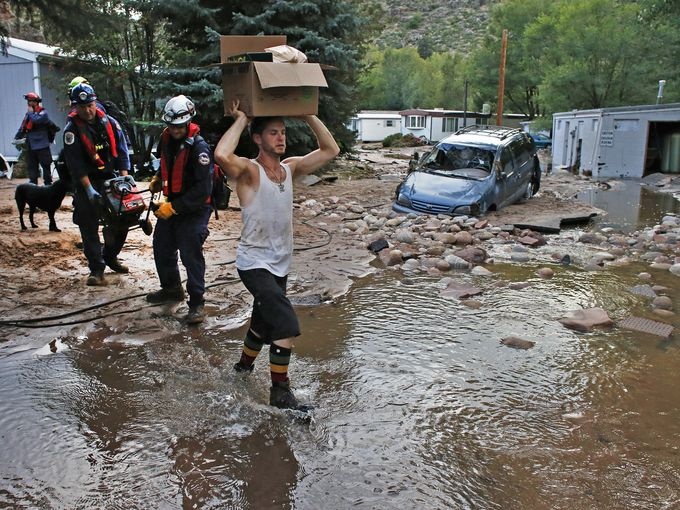 Local resident Chris Rodes gets help from emergency responders as he helps salvage a friend's belongings after floods left homes and infrastructure in a shambles in Lyons, Colo., on Sept. 13, 2013.  Brennan Linsley, AP 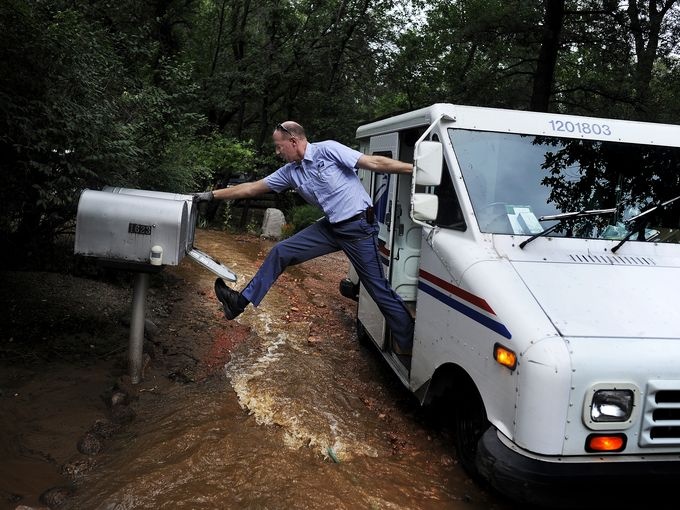 Dave Jackson closes a mailbox with his foot after delivering the mail to a home surrounded on three sides by a flooded Cheyenne Creek on Sept. 13, 2013, in Colorado Springs.    Michael Ciaglo, The Colorado Springs Gazette, via AP 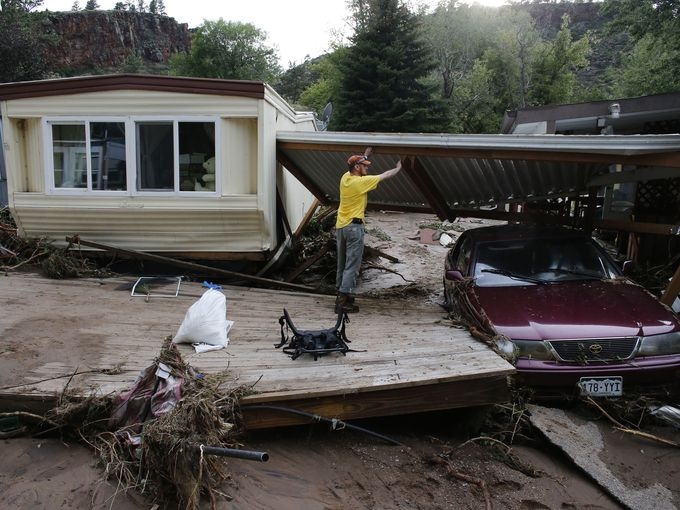 Local resident Ben Rodman helps a friend salvage her home after floods left homes and infrastructure in a shambles, in Lyons, Colo., Friday Sept. 13, 2013. Days of heavy rains and flash floods which washed out the town's bridges and destroyed the electrical and sanitation infrastructure have left many Lyons residents stranded with minimal access to help, and sectioned off the town into several pieces not reachable one to the other. (AP Photo/Brennan Linsley) ORG XMIT: COBL129  Brennan Linsley, AP 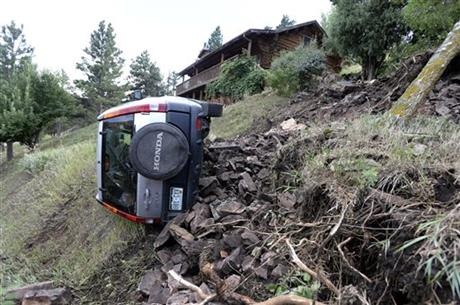 A car lies on its side in a mud slide on Saturday, Sept. 14, on Olde Stage Road in Boulder, Colo. Rescuers rushed by land and by air Saturday to evacuate Coloradoans stranded by epic mountain flooding as debris-filled rivers became muddy seas that extended into towns and farms miles from the Rockies. Four people have been confirmed dead since the harrowing floods began Wednesday. And hundreds of others have not been heard from in the flood zone, which has grown to cover an area covering nearly 4,500 square miles (11,655 square kilometers), nearly the size of the U.S. state of Connecticut. (AP Photo/Daily Camera, Jeremy Papasso) 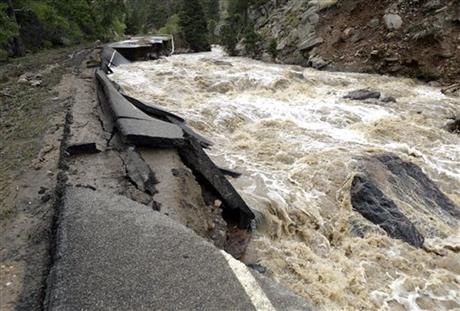 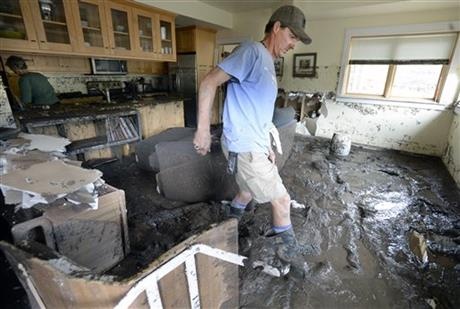 Brian Montgomery works to clean up the mud in his mothers flooded basement on Saturday, Sept. 14, on Olde Stage Road in Boulder, Colo, 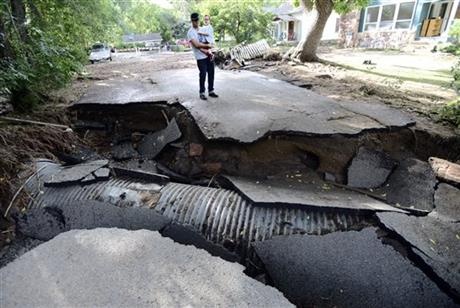 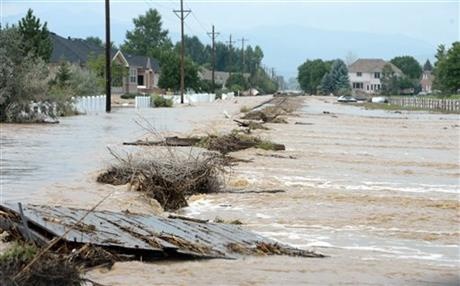 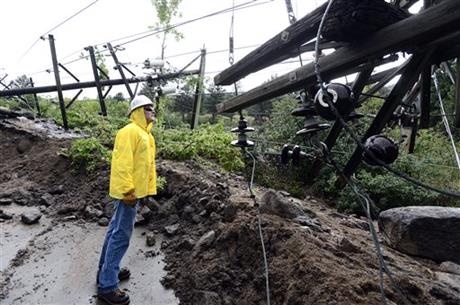