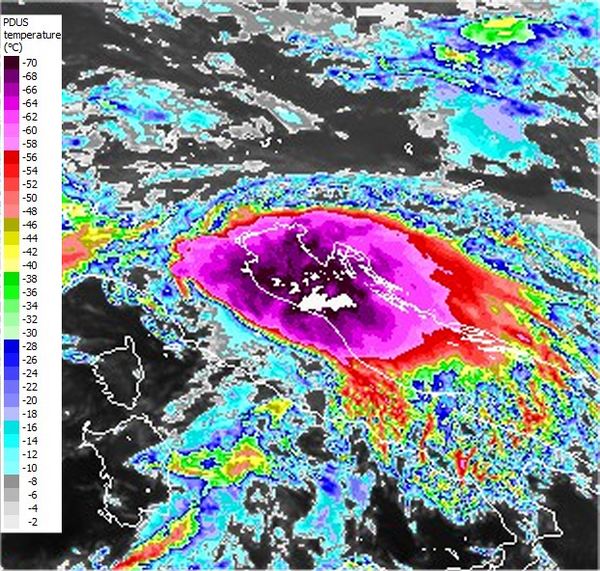 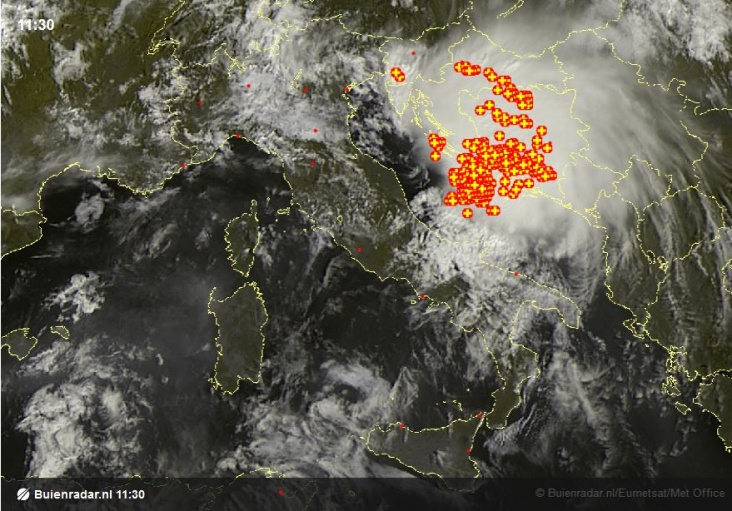 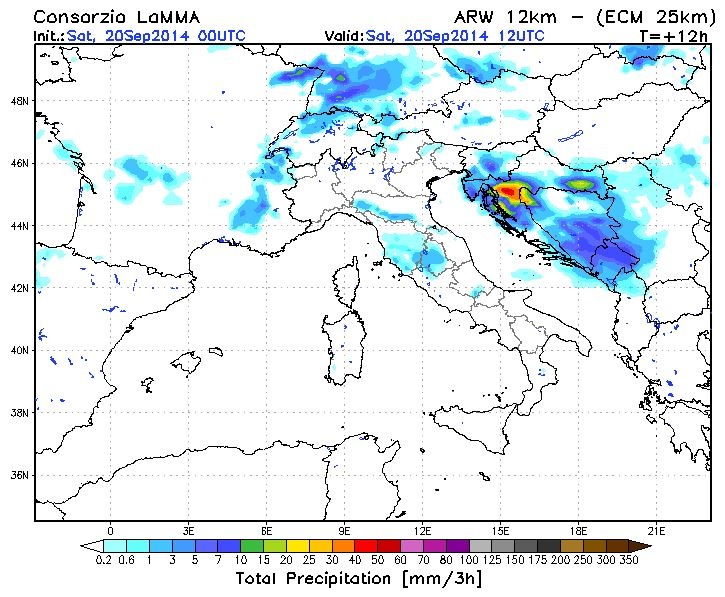 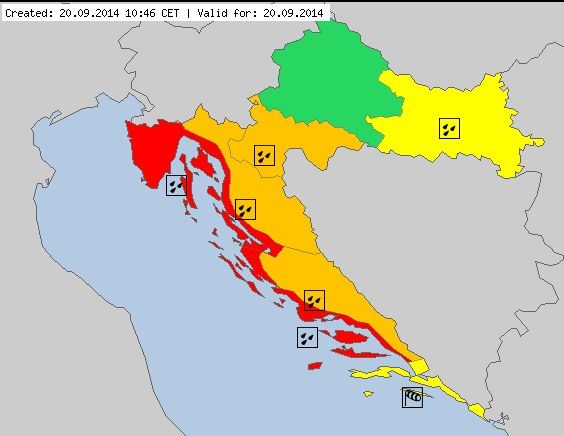 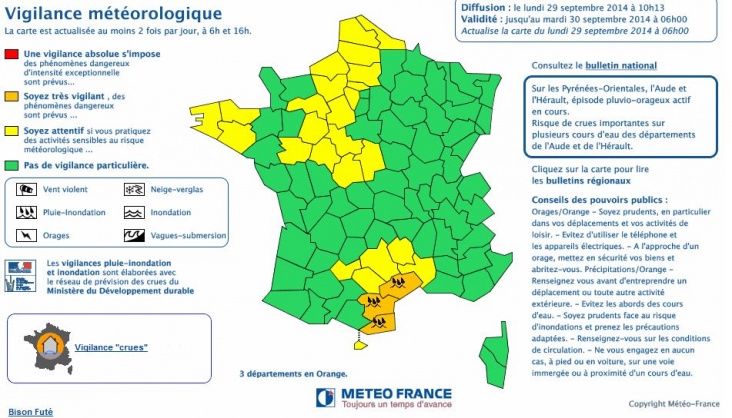 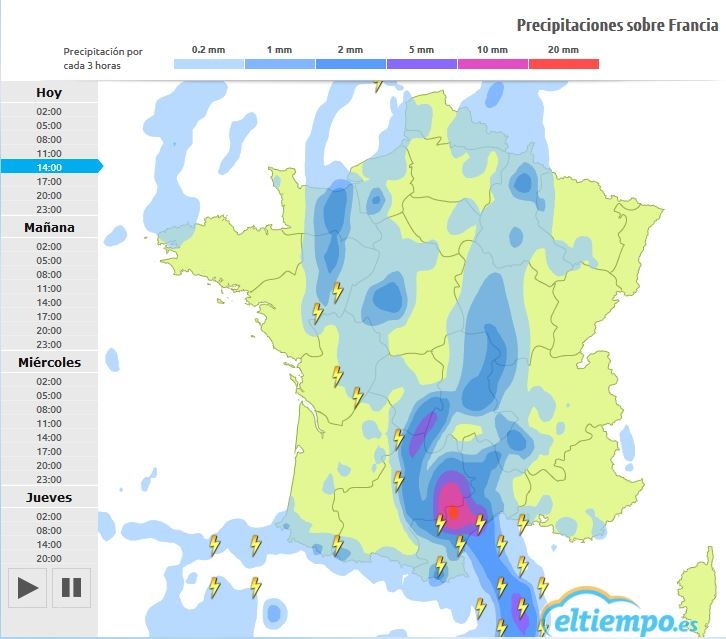 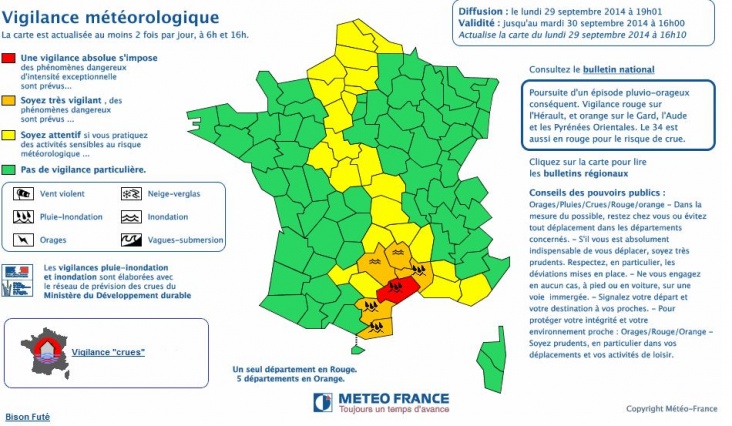 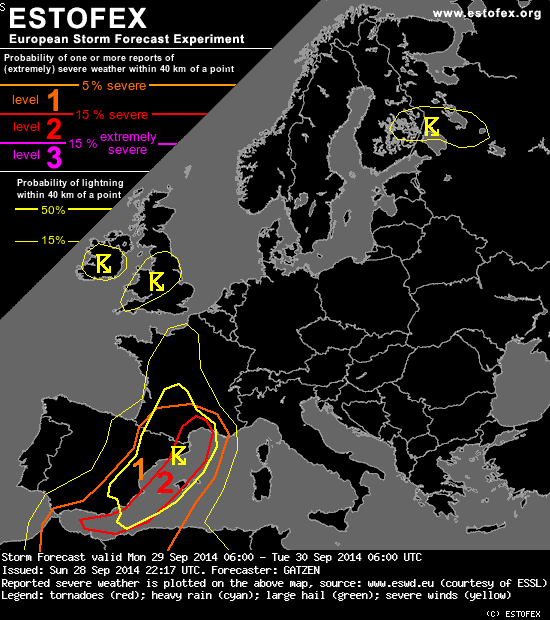 A level 2 was issued fort he western Mediterranean mainly for excessive precipitation.

Latest soundings indicate that rich moisture is present up to mid-levels in this area, yielding PWAT values between 30 mm (central Iberia and southern France) and more than 40 mm (west Mediterranean). Although lapse rates are limited, a few 100 J/kg weakly capped CAPE is well possible on Monday. Over northern Algeria, an elevated mixed layer is expected in the noon and afternoon hours that will spread across the south Mediterranean later on. CAPE may increase to more than 2000 J/kg according to latest GFS.

Main focus of initiation is again a frontal zone ahead of the trough, extending along the eastern border of the Iberian Peninsula. Continuing inflow of low-level moisture from the north-east and frontogenitical forcing can allow for larger clusters of storms moving north-east. Over eastern Iberia, upslope flow can evolve during the day and storms can initiate there as well.

Current thinking is that storms over northern Algeria and Morocco as well as across the south-western Mediterranean Sea. Deep layer vertical wind shear about 15 to 20 m/s will assist supercells and well-developed multicells, capable of producing excessive precipitation, large hail, severe wind gusts, and tornadoes. The hail threat is expected to increase in the southern and eastern portions of the risk area, where convection will be more isolated and CAPE will be higher.

Storm merger and upscale growth along the frontal zone may allow for one of two MCSs, moving north-east along the Iberian coasts. Excessive precipitation and severe wind gusts are possible and may even affect southern France late in the period. To the east of the main activity, storms across Spain may produce marginally severe hail and excessive precipitation. 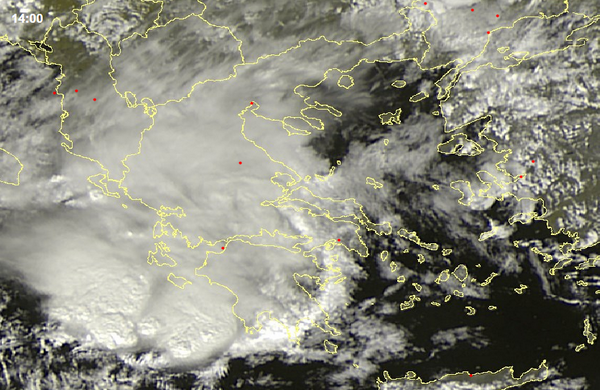