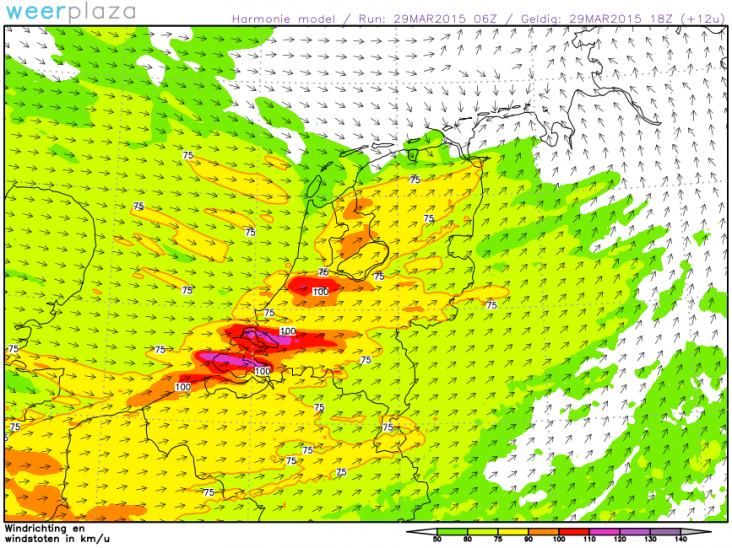 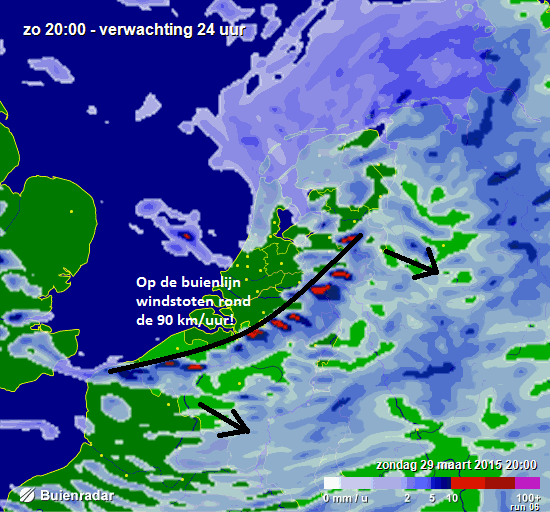 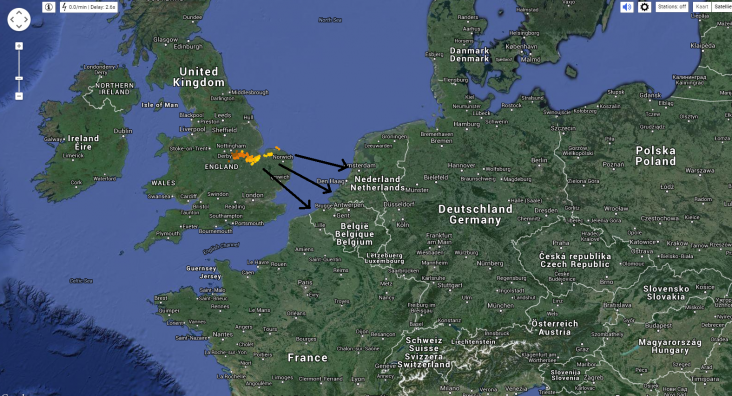 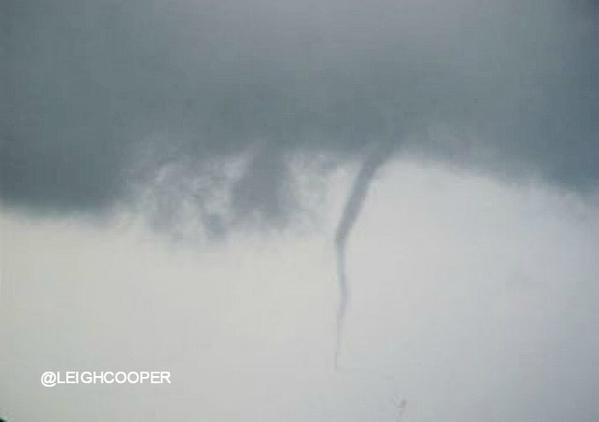 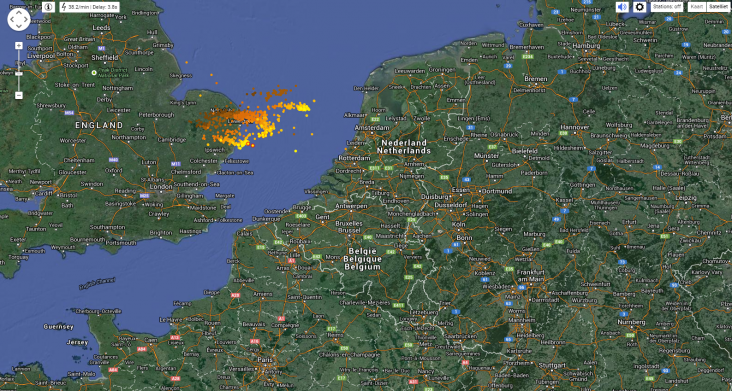 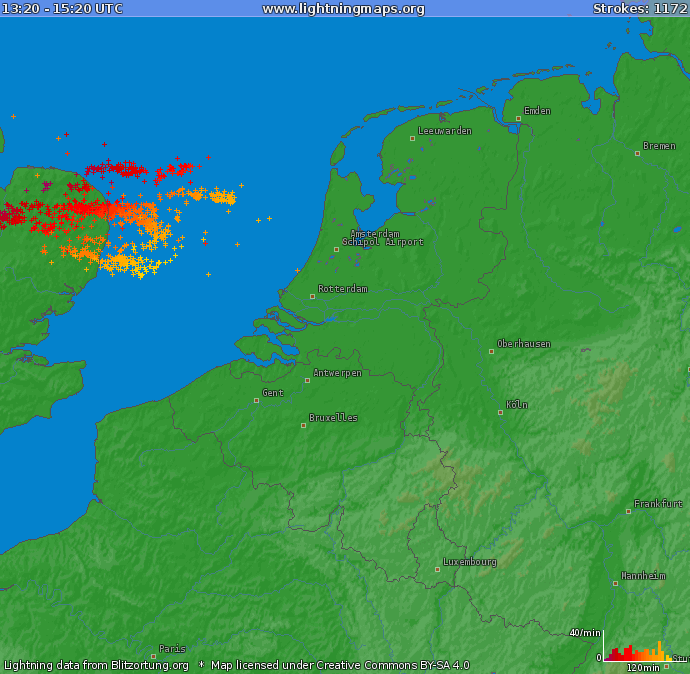 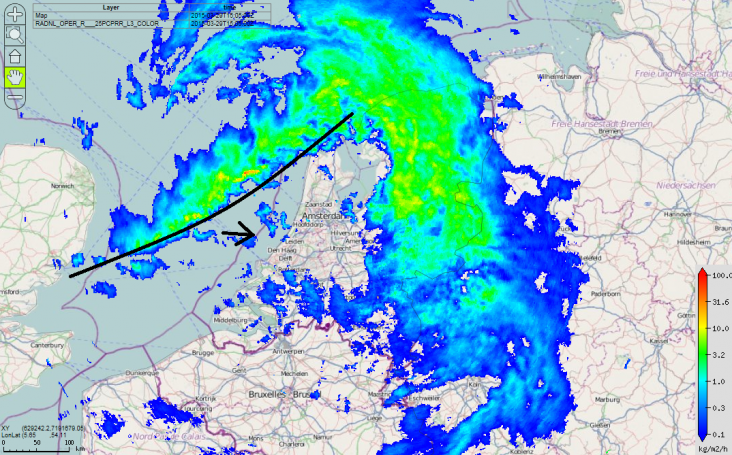 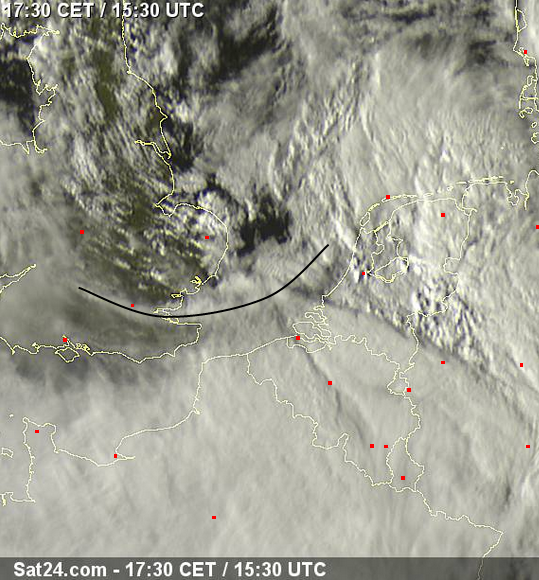 + 2 Tweet
A level 1 was issued for parts of BENELUX, Germany, Austria, W Poland, Czech Republic, W Slovakia, Hungary and W Romania mainly for severe wind gusts and to the lesser degree for tornadoes. 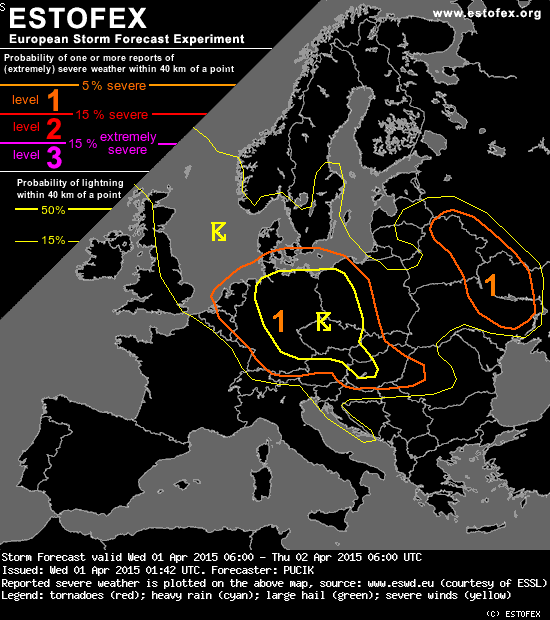 12 UTC Tuesday soundings from Lerwick and Torshavn document well the arctic airmass which will advect over the whole region. In the 800 to 600 hPa layer, lapse rates of 7.5 to 8 K/km are forecast, close to wet-adiabatic due to the limited amount of low-level moisture. As soon as the daytime heating commences, quick destabilisation will result in few tens to few hundreds J/kg of MLCAPE. With virtually no CIN, uncapped parcels will quickly result in scattered to widespread DMC. The highest chance of thunderstorms will be present over eastern half of Germany, Poland and western Czech Republic.

Largely unidirectional shear profiles are forecast, with most of the shear confined to the lowest 1-2 km as 850 hPa flow stays around 20 m/s. An exception will be W to central Germany and BENELUX, where 20 to 35 m/s of DLS is forecast. Here, a higher chance of sustained supercells will exist, increasing the probability of tornado occurrence.

In the whole area, fast moving, low-topped DMC is forecast, capable of severe wind gusts, especially if clusters organize into linear segments. Hail may be common with any shower or thunderstorm, but limited moisture and low CAPE will likely preclude. In case that updrafts will be able to utilize the high degree of LLS, tornadoes may occur as well. As mentioned above, they are more probable over the western part of area, where stronger DLS will exist. 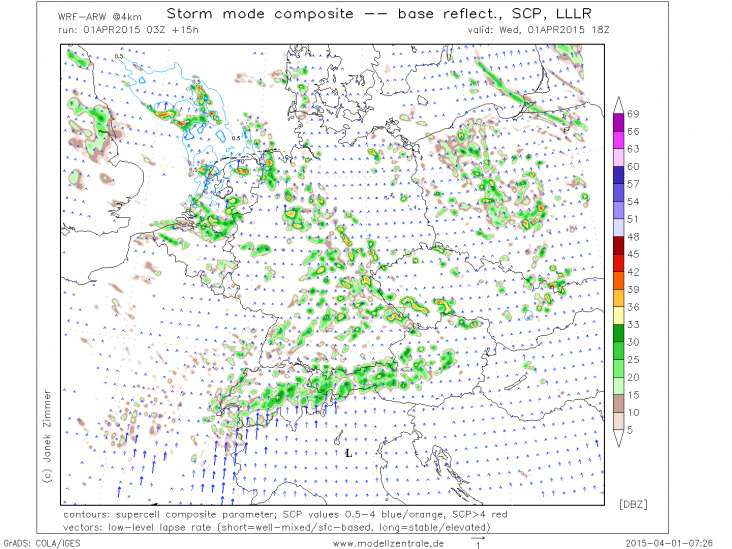 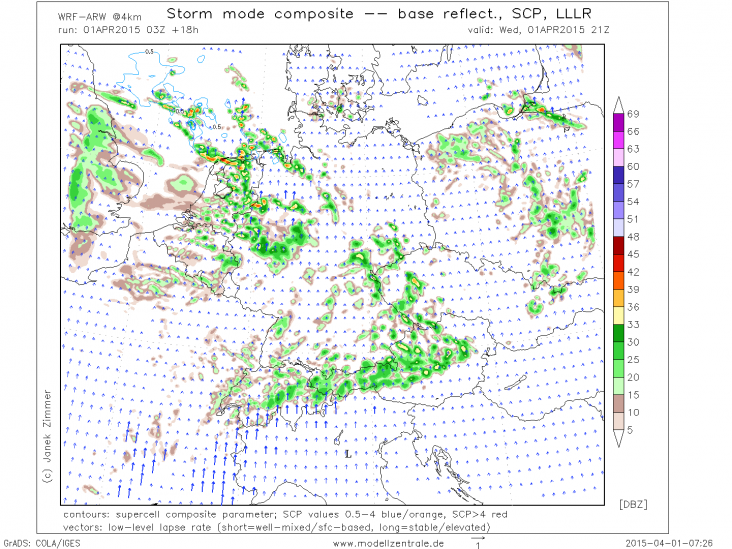