For the aggregate March-May period, The Weather Company, an IBM Business is forecasting widespread above-normal temperatures across Europe, with near or slightly below-normal temperatures confined to parts of the UK. Wet and windy weather is expected to continue, especially from the western mainland towards the northeast, while drier and less windy conditions will occur across southeast Europe.“February has seen a return to the warm/wet/windy pattern of December, a pattern that has been present much of the last three winters. As we head into March, the sub-seasonal pattern drivers are suggesting potentially colder risks across northern Europe, but we are skeptical that the impact will be as drastic as seen during January,” said Dr. Todd Crawford, Chief Meteorologist, The Weather Company. “Our forecast for March and much of the spring is for the westerly flow regime to remain in control, with occasional and short-lived colder spells. If the drier conditions continue across southwestern Europe through the spring, we are definitely worried about risks for a hotter summer across much of southern Europe. However, it is still too early to have much confidence in that theory yet.”For the March to May 2016 time period, The Weather Company is forecasting the following conditions: 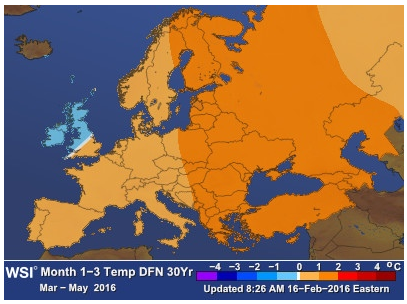 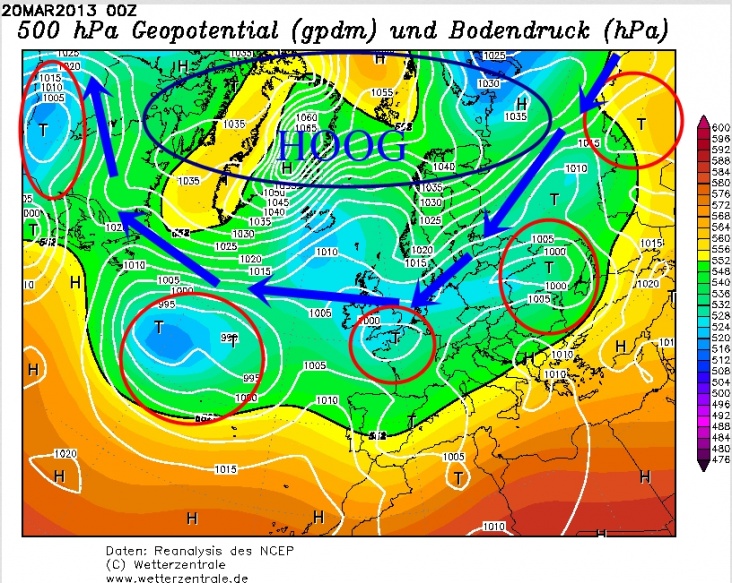