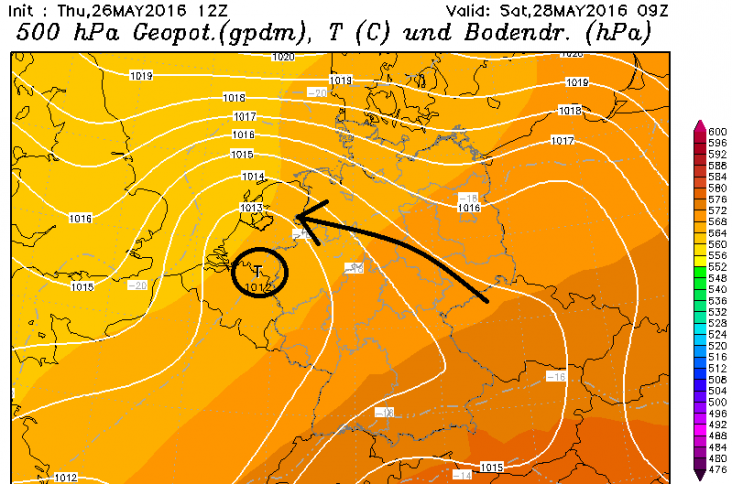 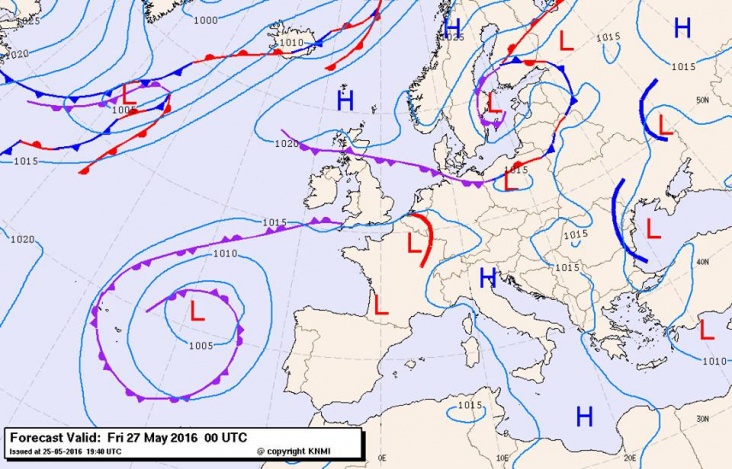 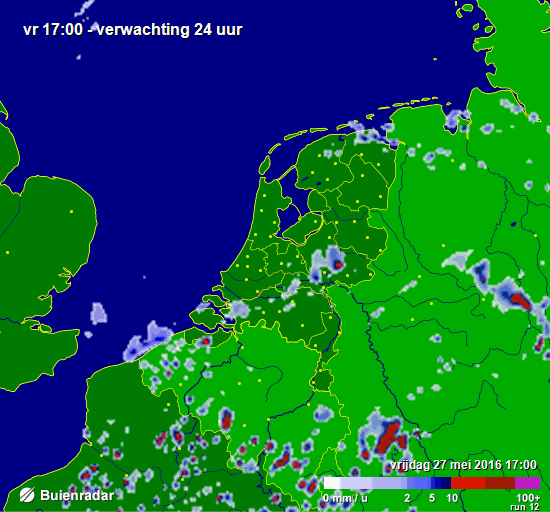 A level 2 was issued for parts of CNTRL Germany, S-Czech Republic and E-Austria mainly for a few discrete supercells with large/very large hail, severe wind gusts, heavy rain and an isolated tornado event.

A level 1 surrounds the level 2 mainly for large hail and severe wind gusts next to locally excessive rain.

A level 1 was issued for most of France mainly for large hail, strong to severe wind gusts and locally excessive rain.

A level 1 was issued for NW/N Spain mainly for a few large hail events.

A level 1 was issued for W-Portugal mainly for an isolated large hail, excessive rainfall and tornado event.

A level 1 was issued for parts of SE Spain mainly for isolated large hail.

A level 1 was issued for SW UK mainly for excessive rain and isolated large hail.

A level 1 was issued for N/E Poland and surroundings mainly for large hail and excessive rain.

A stable weather pattern persists, as omega block covers most of Europe. As seen multiple times this year, the strongest branch of the omega resides over the far NE Atlantic to the Bay of Biscay with a much weaker one over SE Europe. In between, pronounced ridging keeps the W/CNTRL Mediterranean hot and stable. Cold-core low over S-Sweden/Norway opens during the forecast while drifting to the NW.

At lower levels, weak pressure gradients prevail over Europe. Steering feature is a stable (marginal change of intensity) low pressure area west of Portugal. This deep vortex advects an increasingly hot and dry air mass from N-Africa towards S-/CNTRL Italy. Another but weaker vortex sits over Turkey and continues the influx of somewhat drier air from E-Europe towards the E-Mediterranean. Strong high pressure with 1030 hPa plus builds a bit south towards S-Finland. Cold-core low over S-Sweden/Norway can be traced all the way down to the BL with a diffuse LL trough.

Working through the ingredients and starting with the less favorable one is the lift mechanism. Aforementioned stable omega's ridge steers numerous more or less pronounced short-waves from W to E and is either constructive or obstructive for convective initiation (CI). WAA regime will result in thick cirrus shield during the start, which breaks apart during the day. Hence, moderate to strong diabatic heating should erode weak cap and either thermodynamically or orographically driven CI is forecast. In addition, a warm front continues its slow northbound motion over CNTRL Germany and serves as another focus for CI.

BL moisture continues to increase during the day both due to evapotranspiration, moisture pooling and advection. Mid-level lapse rates of 7.5-8 K/km atop that moisture plume ensure MLCAPE of 500-1000 J/kg with certainly higher peaks in areas with regionally enhanced BL moisture.

DLS oscillates during the passage of the short-waves but remains aoa 20 m/s before weakening a bit during the overnight hours. Similar shear magnitude is forecast in the lowest 3 km AGL with at least 15 m/s.

SW France to E-CNTRL France may see early CI due to residual outflow boundaries from dying overnight's convection and an overspreading left exit of a 300 hPa jet. In addition, a short-wave affects the area early in the morning while moving to the NE. Hence we expect ongoing and temporarily weakening convection to spread NE towards CNTRL/E-France as the short waves pushes NE. Intensification is forecast until noon, as this convection is about to enter Germany from the W/SE. Despite favorable shear/kinematic overlap, uncertainties remain too high in how obstructive overnight's convection will act on forenoon activity. Hence no level 2 was issued. Nevertheless, in case of a more discrete thunderstorm, all kind of hazards including large hail, severe wind gusts and an isolated tornado event can occur.

Further east over CNTRL Germany, hangover from the overnight activity over France including lift along a slowly NE-ward moving warm front may result in an extensive area with more stratiform rain and thick clouds. This activity weakens while moving towards E-Germany, but a few thunderstorms may erupt during the afternoon hours along its S fringe over the N-Czech Republic/S-Saxony, moving E/SE.
Behind that activity however, models depict clearing skies with good diabatic heating, so BL recovery will occur quite fast. In addition, convection allowing models indicate backed low-tropospheric flow over CNTRL Germany with enlarged 1-3 km hodographs.
Either aformentioned storms from E-France or isolated CI over W Germany may consolidate in the level 2 area while shifting to the E/SE. Shear/CAPE certainly supports a few discrete and long-lived multicells/supercells. Despite only modest CAPE build-up in the hail growth layer, large to very large hail can be expected with mature supercells. Severe wind gusts and an isolated tornado event are also possible.
A similar hazard exists over the S-Czech Republic and E-Austria. The environment supports rapid storm organization into a few well organized and long-lived multicells/supercells with all kind of hazards possible - including a few very large hail events. Long-lived supercells may also transform into small bow echoes with confined swaths of damaging wind gusts.

Uncertainties continue especially with obstructive overnight convection, but run-to-run consistency of numerous models with CI in the level 2 area increased confidence to go with a level 2.

Alpine convection may produce a few large hail and strong/severe downburst events during initiation before clustering. Then, heavy rain becomes the dominant risk. The activity weakens during the night.

Somewhat weaker CAPE and DLS still support at least temporarily organized multicells during the forecast. Large hail and strong to severe wind gusts will be possible and an isolated tornado event can't be ruled out, especially during the late afternoon/evening hours, when LCLs drop to 800 m or less. Widespread activity could support a few cold pool driven line-ups with a more concentrated severe wind gust risk, but this will be heavily dictated by the mesoscale. Finally, slow storm motions and clustering storms increase the excessive rainfall risk at least on the local scale. This is especially true over S-UK.
During the night, a slow weakening trend is anticipated, but troposphere remains still supportive for scattered thunderstorms with isolated large hail and excessive rain. 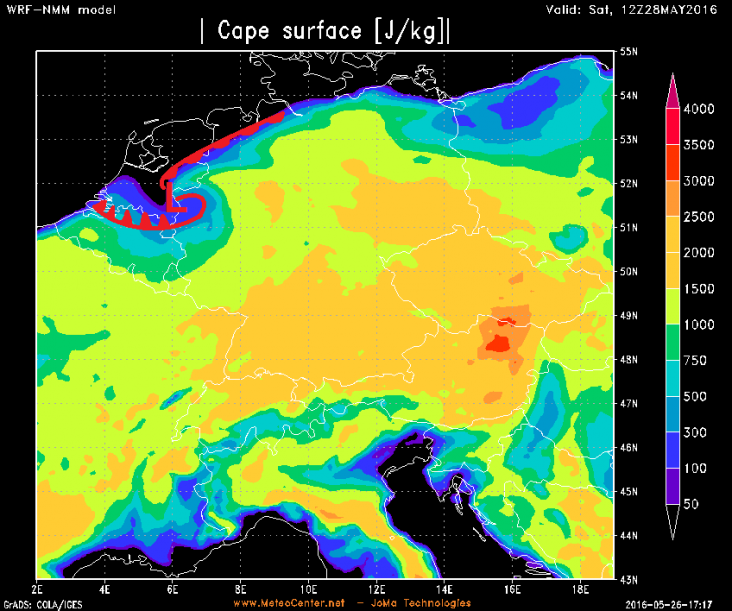 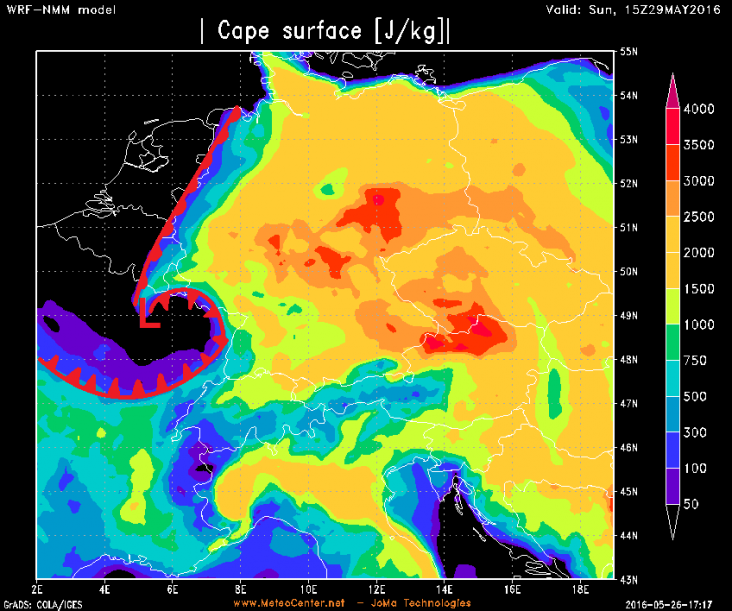 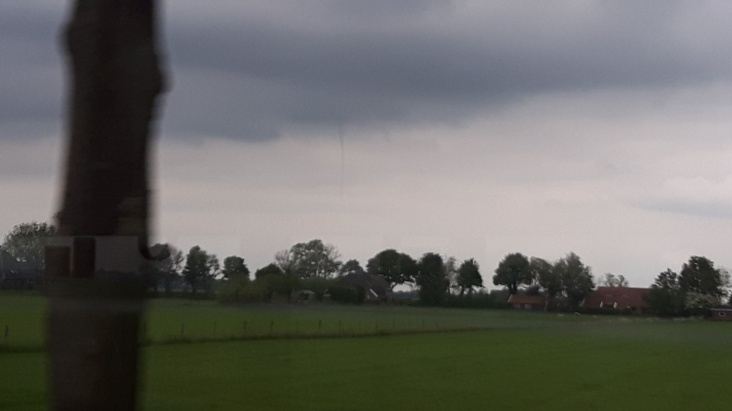 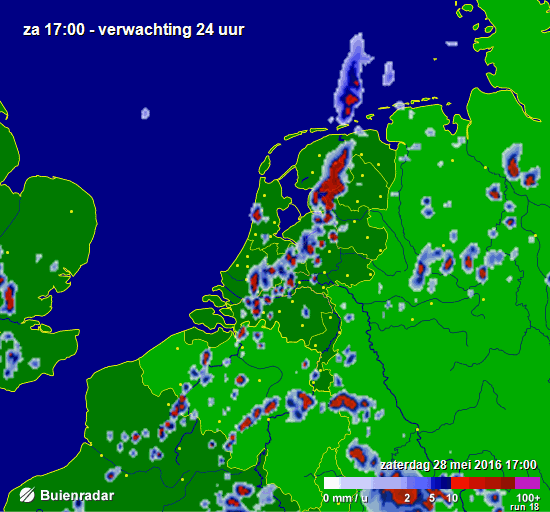 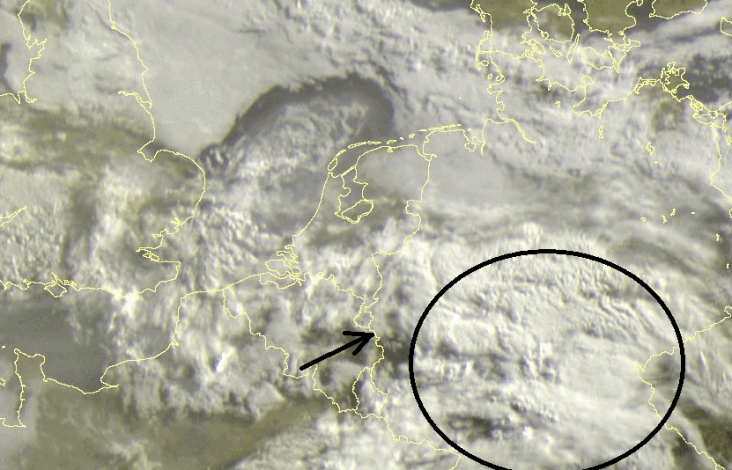 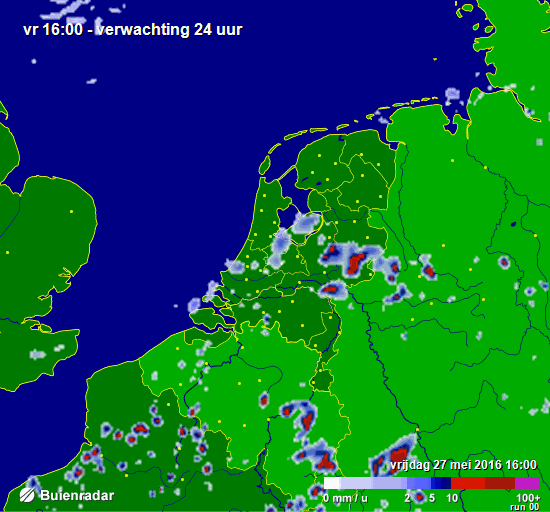 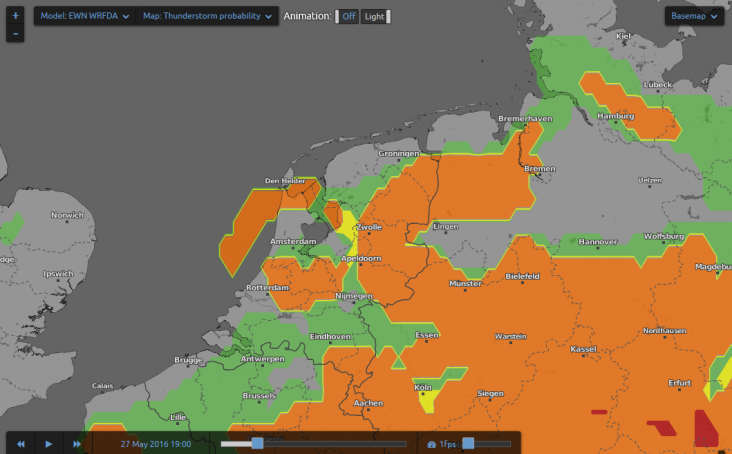 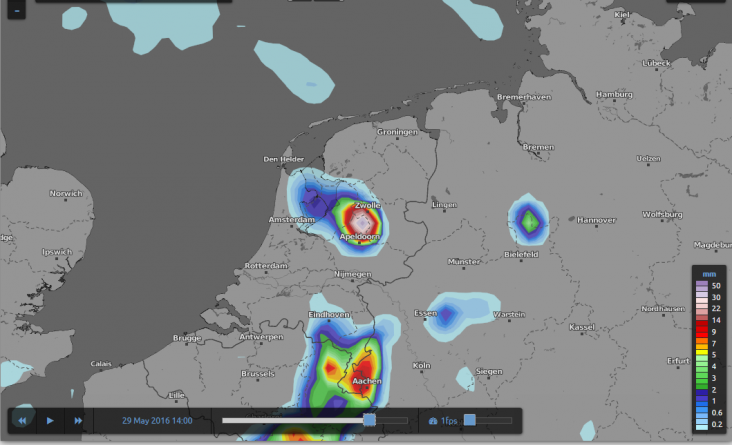 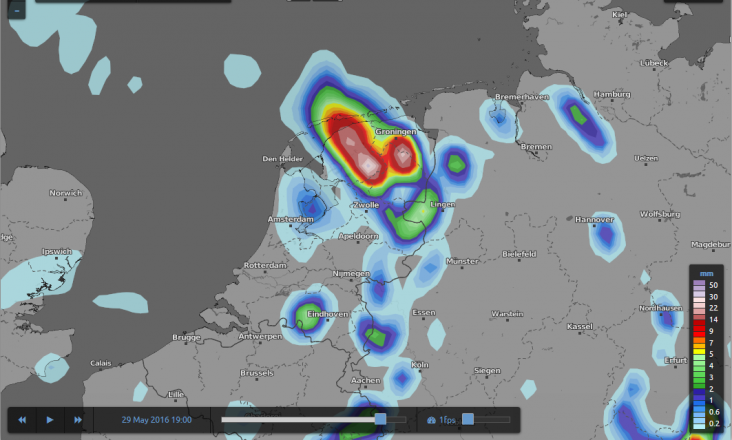 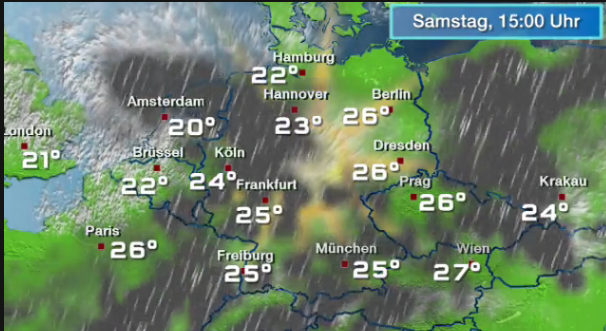