there can be only one
Waarom deze advertentie?
raspy
Lid
Woonplaats: deventer
Berichten: 115
Lid sinds: 25 aug. 2015 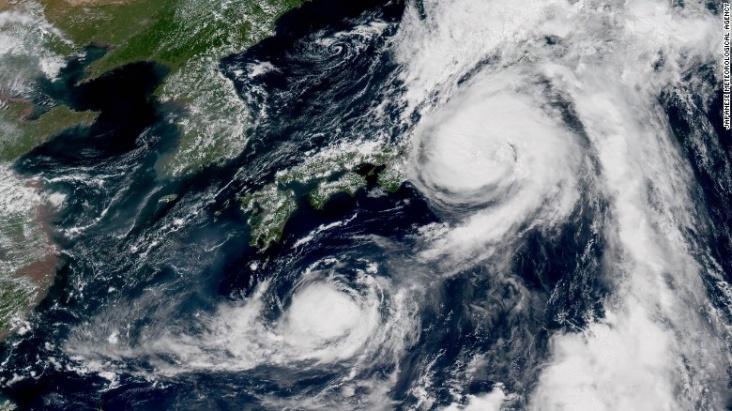 Typhoons Mindulle and Lionrock sit off the Japanese coast on Monday

Typhoon Mindulle is roaring over Tokyo after making landfall earlier on Monday, just one of three storms which have lashed Japan over the past two days.Hundreds of flights have already been canceled and parts of the country have been left flooded after typhoons Mindulle and Kompasu caused strong winds and pouring rains.The Japanese Meteorological Agency was forecasting floods, heavy rains and high waves in dozens of provinces across Japan on Monday, while Prime Minister Shinzo Abe's office warned of landslides.

More than 380 flights had been canceled as of Monday morning, according to local Japanese media, while 105 express trains were canceled.Currently tearing past Tokyo with wind speeds of up to 110 miles per hour (about 180 kilometers per hour), Typhoon Mindulle made landfall on Monday at about 1 p.m. local time on the country's east coast. At least 10,000 people were told to evacuate in Kanagawa prefecture ahead of the storms arrival. 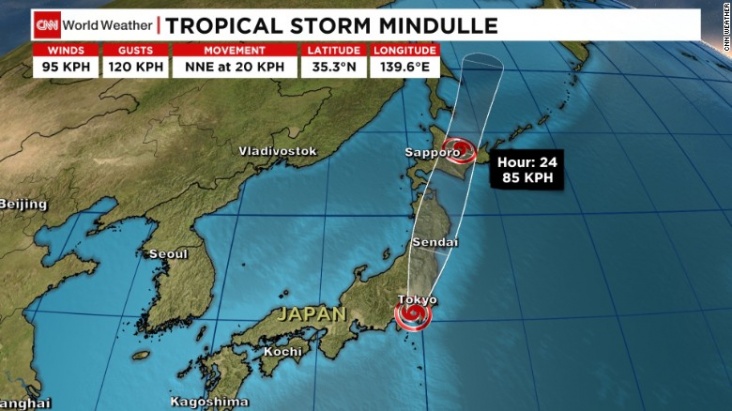 Mindulle is projected to pass over some of Japan's most populated areas, including the cities of Tokyo, Yokohama and Sendai. Up to 15 inches (400 millimeters) of rainfall is expected in 24 hours in the Tokai area, north of Tokyo. The second storm's landfall comes less than 24 hours after Typhoon Kompasu hit across the Japanese island of Hokkaido late on Sunday night, forcing thousands of locals to evacuate after the Tokoro river flooded.Nearly 6 inches (149 millimeters) fell in the city of Asahikawa, on the island of Hokkaido, as the storm ripped across the island.


Typhoon Kompasu has now been downgraded to a low pressure system, hovering off the country's northern coast. On the opposite side of the country, Tropical Storm Lionrock is forecast to develop into a typhoon by Thursday, avoiding much of Japan but heading for Okinawa in the East China Sea. That typhoon is due to pass by Japan's southern islands on Thursday morning. 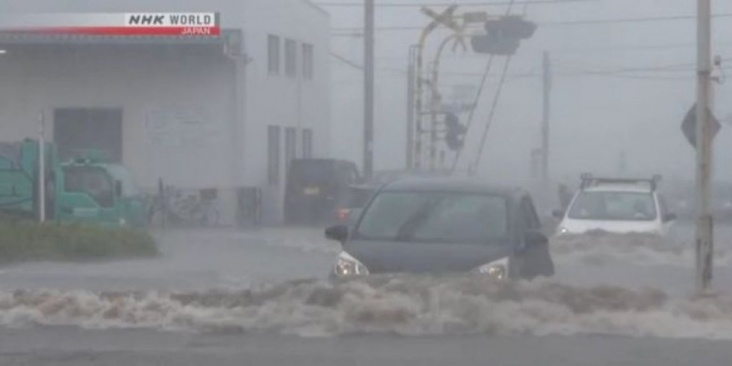 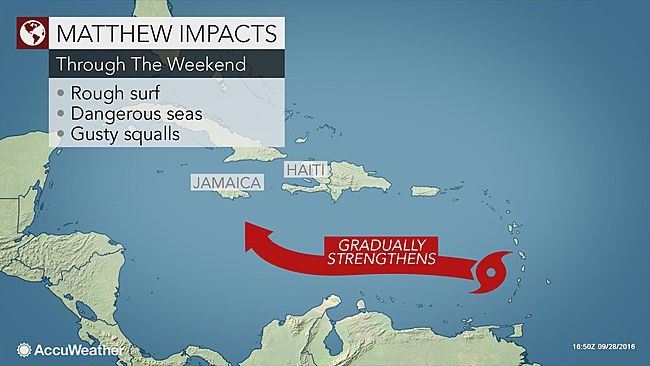 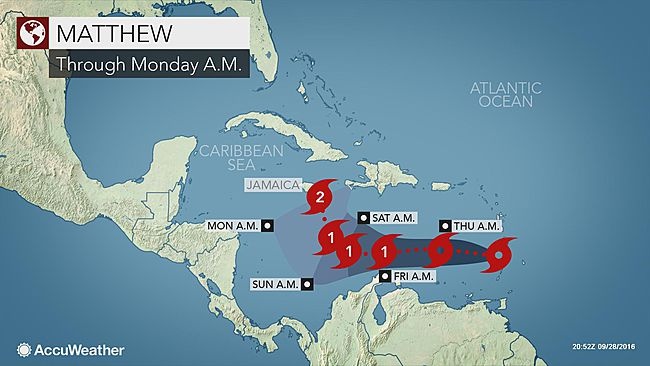 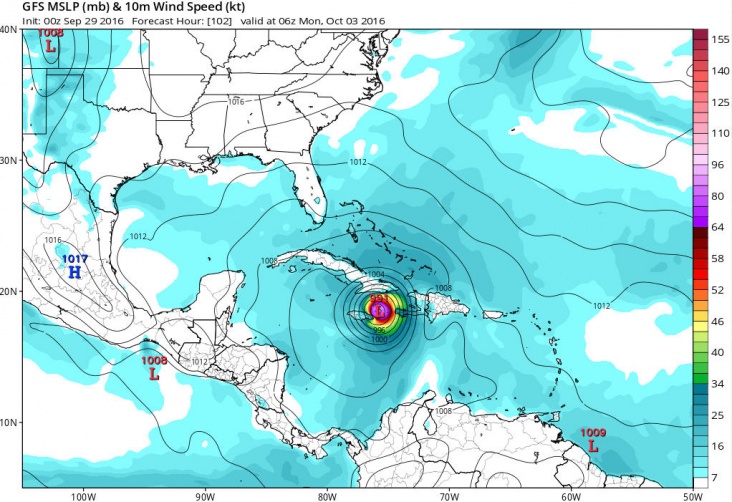 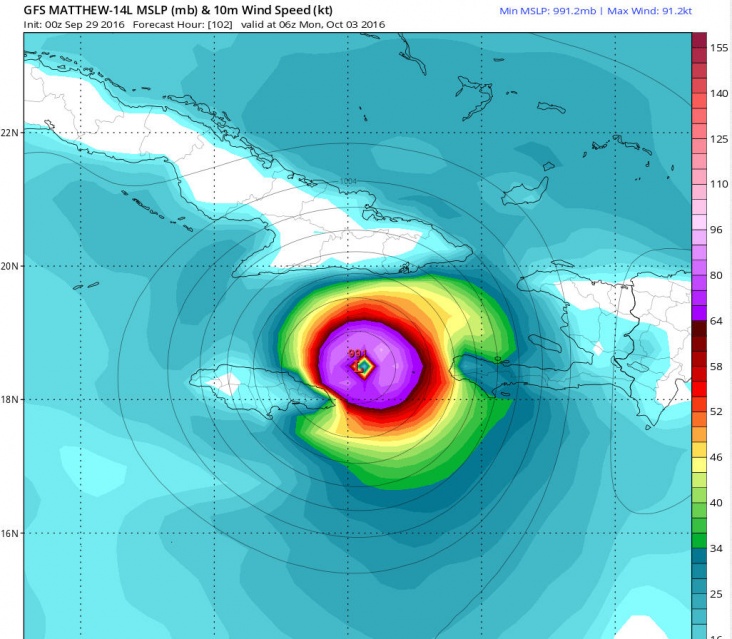 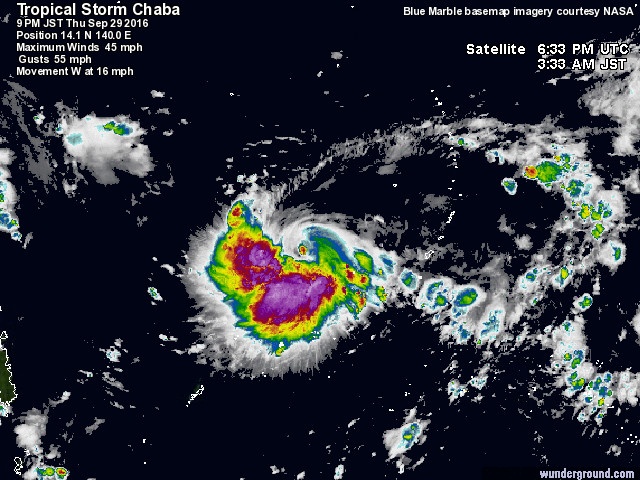 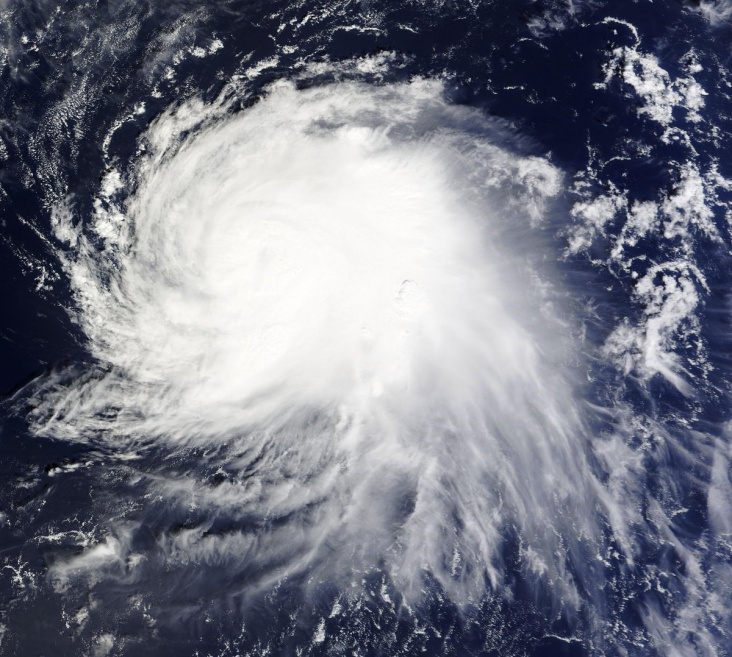 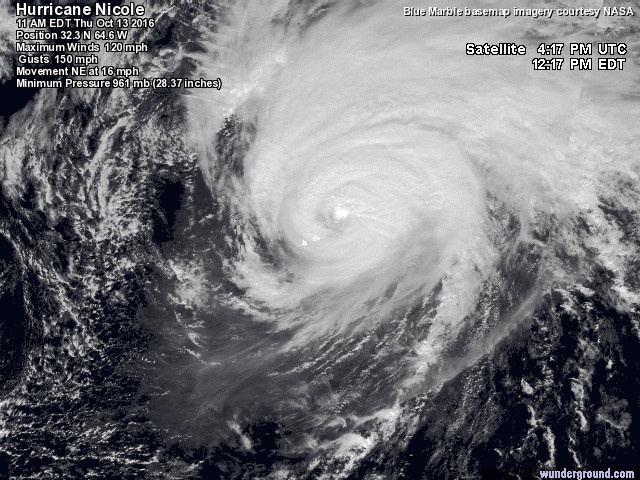 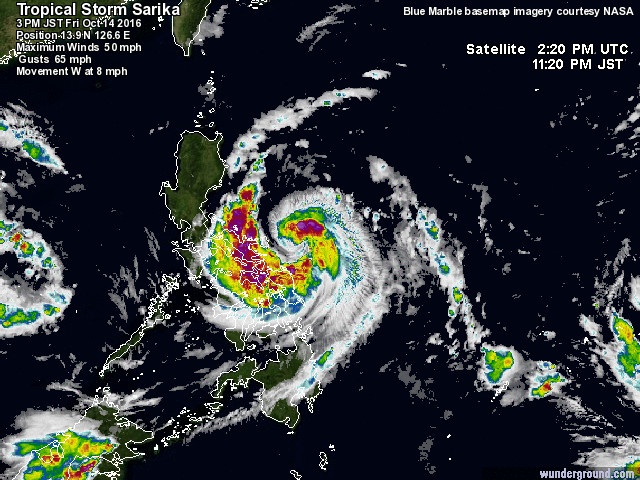 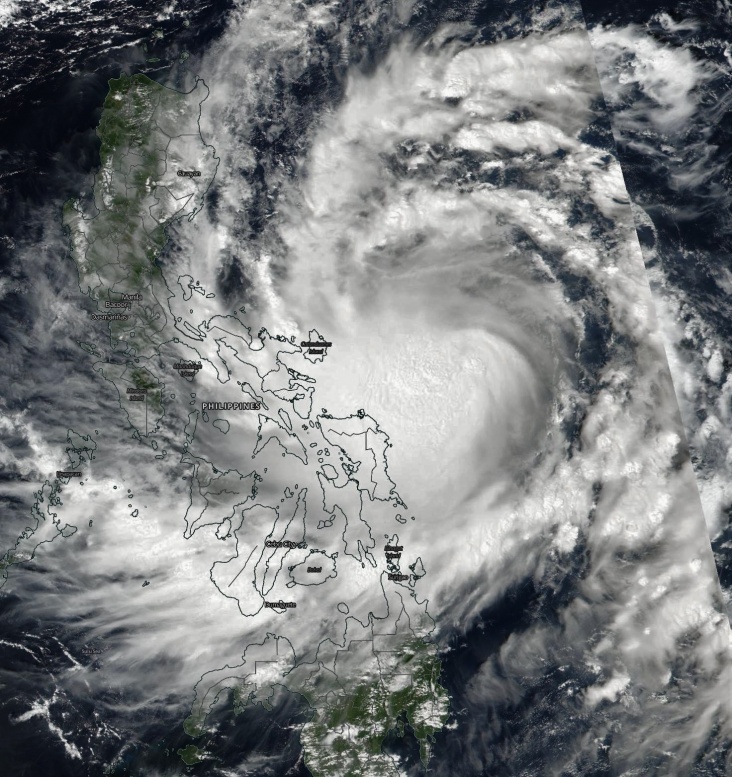