Over 200 evacuated from Camp Adair in the Hunua Ranges, Auckland

Parents and children on a school camp south of Auckland woke up to find their airbeds floating and flash flooding waist-high in places.

More than 200 children and adults were evacuated from the YMCA's Camp Adair in south Auckland's Hunua Ranges on Wednesday morning, due to flooding.

The students were from several schools, including Stanley Bay School's Year 5 and 6 camp.
Meanwhile, about 150 children at another Hunua camp are being evacuated after being affected by flooding.
Papatoetoe senior fire station officer Chris Delfos said the children, understood to be from nearby Mangatawhiri School, were "safe and sound" in a local hall. 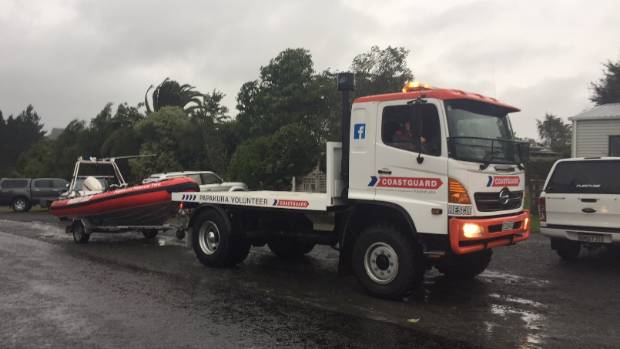 Stanley Bay teacher Penny Harrison assured parents that the children were in good spirits thanks to the Fire Service and a local farmer.

She posted on the North Shore school's Facebook page saying all the kids were happy and warm after a big adventure.

Stanley Bay parent Andrea Jane was at the camp with her two children. 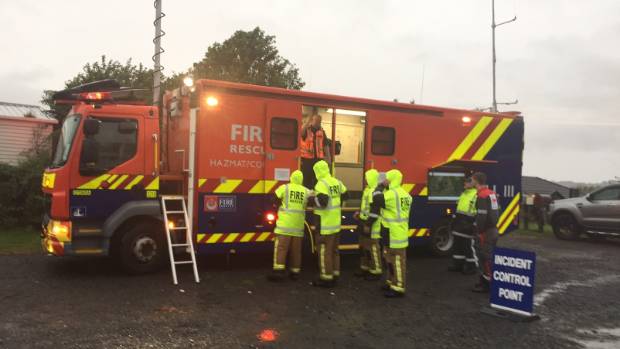 ©AMANDA SAXTON
"One of the other parents, who was in a tent, woke up floating on her inflatable mattress at 4am," she said.
Parents and teachers roused the kids from their bunks in cabins that had water lapping their decks.

Jane said that while some of the children were worried by the floods, most "treated it like an adventure". 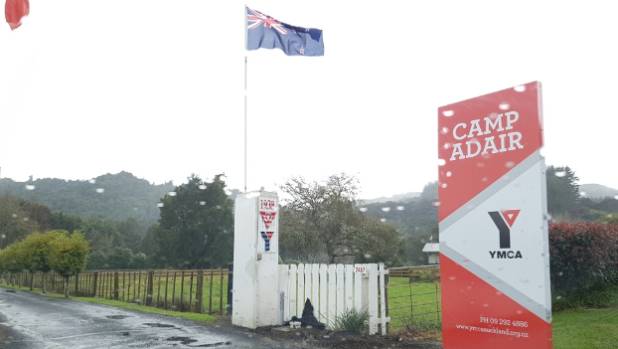 ©Google maps
They coped and are coping so well," she said.

At the camp she had been up to her waist in water.

The children were transported to Hunua School by tractor, boat and bus, where the Fire Service canteen truck was serving hot drinks.
Kids from the evacuated camp were bundled up in grey blankets, eating baked beans in Hunua School classrooms.

"It was the highlight of the camp."

Her fellow student Kate Hallie said she had been "kind of nervous because I'd never been in a flood before".

She said she had seen "lots of dirty mucky water with sticks and twigs in it" when she was woken at 4am, and that it was "really cold outside".

Hallie said she was disappointed to miss out on the other activities she and her classmates had been scheduled to do for the rest of the week.

"But since it's so rainy, this was probably better," she added.

By 10am there was still surface flooding at the Camp Adair grounds, and dirty tide marks were visible in the kitchen.

Stanley Bay School principal Glen Vinton said it had been an exciting adventure for the 80 kids from her school, who had been taking part in a five-day school camp at Adair when heavy rain began to fall on Tuesday night.

Vinton said that at about 4am, one of the parents noticed how high the water was getting.

The camp management, police and Civil Defence were called, and the evacuation started about 5am on Wednesday, she said.

The pupils were in good spirits, Vinton said.

"At the moment they are very excited; it has been an amazing adventure and they are just wild with all the excitement.

"To them this is an absolute adventure, to be taken in the dark in the trailer on a tractor to a local school. I would say they would've been made a fuss over."

Vinton said Stanley Bay School had been going to Camp Adair for at least 14 years but there had never been flooding like this.

The school was well organised, with a team of seven coming in early on Wednesday morning to ring every parent to update them, Vinton said.

A bus was en route to collect students from Stanley Bay to transport them back to the North Shore.