Starting at about 09:30 UTC (00:30 AKST) on January 19, 2020, the eruption at Shishaldin volcano in Alaska intensified, and about 13:30 UTC began generating a more ash-rich volcanic plume. The aviation color code was raised to RED and the volcano alert level to WARNING at 17:28 UTC.

The plume extends from the summit 150 km (93 miles) east and is as high as about 6 km (20 000 feet) above sea level, as seen in satellite data at 17:17 UTC. Seismicity is elevated and the eruption is detected on regional infrasound arrays, the Alaska Volcano Observatory (AVO) reports.

AVO raised the Aviation Color Code to RED and Alert Level to WARNING in response to that activity and lowered it back to ORANGE/WATCH on the same day after the activity stopped.

The volcano was relatively quiet since then and seismicity was low for most of the week, AVO said. 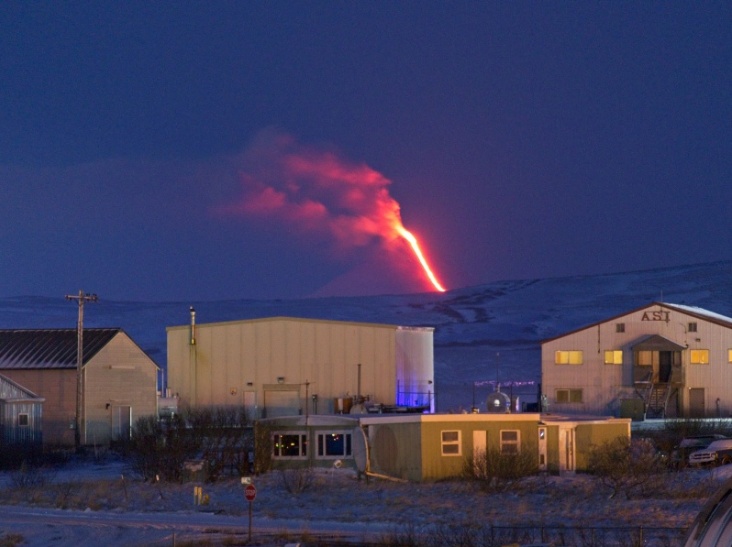 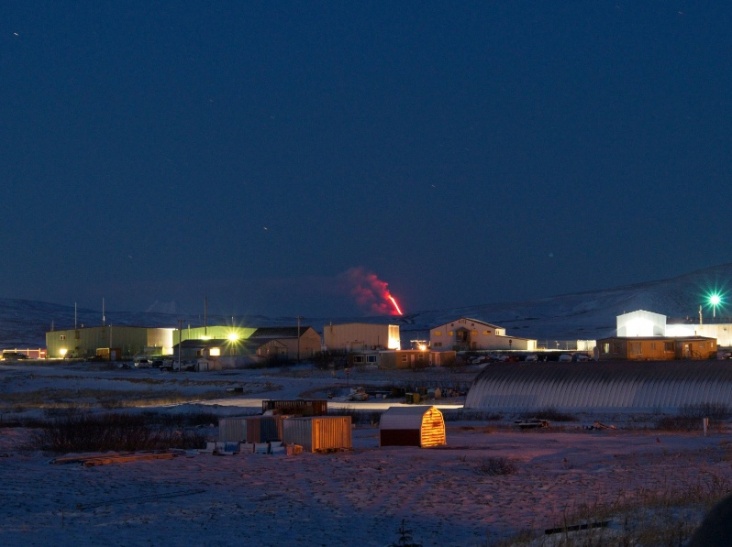 The beautifully symmetrical volcano of Shishaldin is the highest and one of the most active volcanoes of the Aleutian Islands. The 2857-m-high (9 379 feet), glacier-covered volcano is the westernmost of three large stratovolcanoes along an E-W line in the eastern half of Unimak Island.

The Aleuts named the volcano Sisquk, meaning "mountain which points the way when I am lost." A steady steam plume rises from its small summit crater. Constructed atop an older glacially dissected volcano, it is Holocene in age and largely basaltic in composition.

Remnants of an older ancestral volcano are exposed on the west and NE sides at 1 500 -1 800 m (4 920 - 5 900 feet) elevation. There are over two dozen pyroclastic cones on its NW flank, which is blanketed by massive aa lava flows.