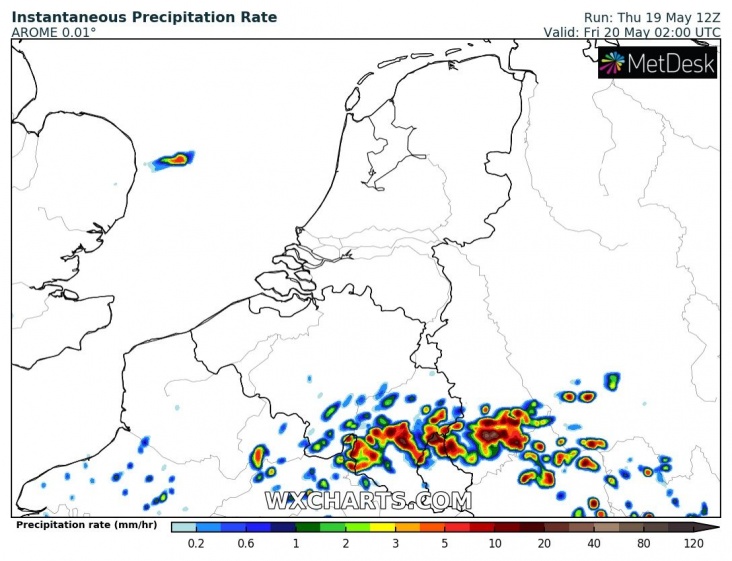 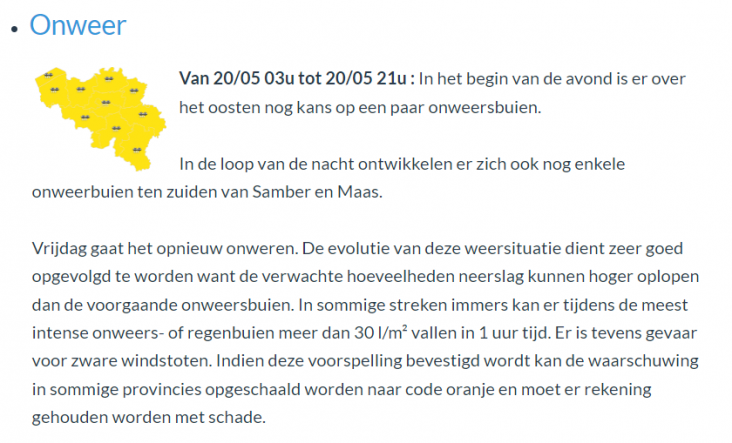 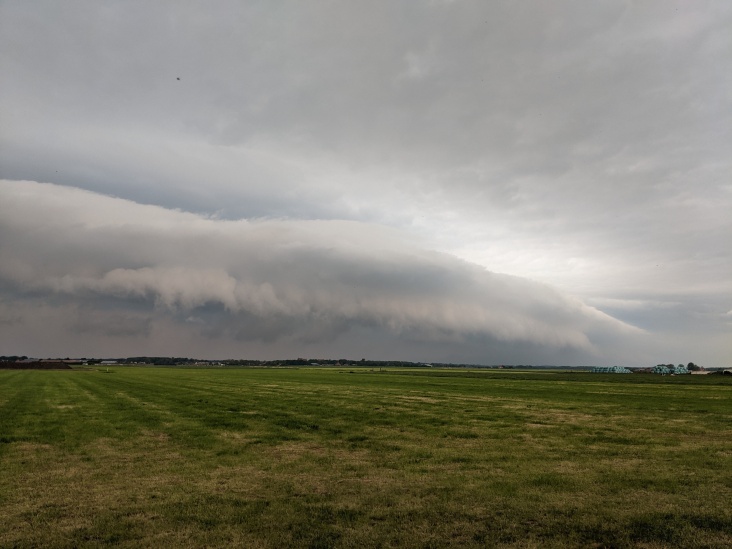 A level 3 was issued in a belt of north - central Germany for severe to extremely severe wind gusts, large hail, tornadoes and excessive rainfall.

A level 2 was issued in a belt from northwestern France through Germany into Czechia and Poland mainly for severe to extremely severe wind gusts, large hail and tornadoes.

A level 1 was issued across northern Germany and northern Poland mainly for excessive rainfall and severe wind gusts.

At the mid to upper troposphere, the synoptic-scale situation will be dominated by three systems. The first one is a short-wave trough that will move from the British Isles across the Northern Sea towards Denmark, northern Germany and Poland, driven by the 50 m/s jet-streak in the wake of the trough. Associated divergence at the forward flank of the trough will drive cyclogenesis along the frontal wave that will translate rapidly across western and central Europe. The second system is a quasistationary low centered over Crete filled with a rather cool airmass. The third system is a low to the west of Iberia that drives an advection of hot airmass over the area.

A dangerous situation is expected that may feature a convective windstorm with long swaths of severe to extremely severe wind gusts and several supercells with large hail and tornadoes with the highest threat over central parts of Germany.

As of 07 UTC, elevated storms are ongoing across central Germany and northwestern France to the north of the warm front in the warm advection regime. With 0-6 km bulk shear in the range of 15 - 25 m/s, this convection may include a few supercells with a risk of large hail. Storms have recently intensified over France, coinciding with the enhancement in the lift along the warm front. Surface observations show dewpoint values of 15 - 19 deg C along the warm front and it seems that at least a couple of hours of sunshine are likely before the storms move over the highest threat area.

Along the warm front, a belt of low-level moist air is forecast with mixing ratios between 10 and 12 g/kg. The highest MLCAPE values are simulated to develop within this belt, ranging from 500 to 2000 J/kg. South of this belt, a warmer, but drier airmass will be present with steeper lapse rates and lower CAPE.

As the surface low is forecast to deepen as it tracks from the lower Loire Valley across the Benelux to the western Baltic Sea, the low-level wind field will strengthen as a result, and vertical wind shear will intensify as well. 0-3 km bulk shear is forecast to reach as high as 20 - 30 m/s across the moist warm sector. A majority of NWP models develop a well-organised surface-based convective system as the cold front trailing the warm sector moves eastward, but additional surface-based storms are possible further east as well.

Regardless, one or more bow-echoes will likely develop, capable of severe to extremely severe wind gusts courtesy of the very strong vertical wind shear. While CAPE will decrease in the evening, the strong linear forcing and shear will support a convective system which may reach eastern Poland by Saturday morning and that would still include a severe wind gust threat.

The southern extent of severe wind gust risk is questionable given weaker shear, forcing, and moisture, but a well-mixed boundary layer over S Germany and Czechia or NW Austria could potentially still sustain strong downdrafts.

The risk of very large hail and strong tornadoes are conditional on the convective mode. If isolated supercells develop ahead or south of the trailing convective system, these are distinct possibilities. In addition, a few tornadoes may develop in association with any quasi-linear convective systems. Regardless of the mode of the convection, the threat will be highest within the belt of moistest air where cloud bases will be fairly low, and the 0-1 km storm-relative helicity locally exceeds 300 m2/s2.