Snow falls across much of the UK

Snow has fallen across much of the UK overnight, with forecasters warning that there is likely to be more later. Overnight snow descended in north-east England, Manchester and north Wales and headed down towards the Midlands, with similar conditions in southern England. With wintry conditions in Wales, Scotland and Northern Ireland, the Met Office has issued a number of flash warnings of severe or extreme weather. BBC Weather warned driving would be "treacherous" in many areas. Snow has also started to fall in central London. Up to 8cm (3in) of snow is likely to fall in parts of southern England, according to BBC weather forecaster Chris Fawkes. He also predicted heavy snow in all parts of Wales, with Scotland and Northern Ireland also likely to be hit by wintry conditions.

The forecaster added: "The mix of snow and ice has created treacherous conditions of some parts of the country." However, he said the snow was likely to clear in southern England later in the morning. The M56 has been closed in both directions in Cheshire, and there have been accidents on the M40. A Thames Valley Police spokesman said Bicester, Aylesbury and Oxfordshire had all seen heavy snowfall, with several reports of cars struggling to continue their journeys and minor accidents. Temperatures have dropped significantly over the weekend after a warm week that had included the hottest day of the year on Thursday.

The Met Office has warned of wintry conditions across Northern Ireland, as parts of the UK wake up to snow. Overnight snow descended in parts of England, Manchester and north Wales and snow has begun falling in parts of the Republic of Ireland.

The Met Office said there was at least an 80% chance of snow and widespread icy roads across Northern Ireland. Temperatures have dropped significantly after a warm week that included the hottest day of the year on Thursday. Temperatures are forecast to dip to as low as -4C in parts of Ireland.

This latest cold front moved in across the country on Saturday night, and is forecast to last well into next week. The wintry conditions caused the cancellation of the County Roscommon ploughing championships in Kiltoom.

The heaviest spring snowstorms for almost 20 years blanketed much of the country yesterday, hampering transport and causing flight cancellations. At Heathrow as many as 144 flights were cancelled because of the snow, including 62 from the beleaguered Terminal 5. The latest cancellations came after fresh software problems with the new facilityâ€™s baggage system caused further misery for travellers.

Air traffic at Gatwick was also at a standstill after both runways were closed from 9am until 11.30am.The unseasonal weather took hold as sleet and snow descended on Manchester, the North East, the South and North Wales in the early hours, spreading to the Midlands and London. The last time Britain endured similar spring snowstorms was on April 5, 1989.

Temperatures were chilly throughout the day, with a maximum of 6C (43F) in London, Leeds and Norwich. The average for April is about 12C (54F). A Met Office spokesman said that the sudden change in weather over the weekend was due to winds blowing in from the Arctic on Saturday. â€œLast Thursday it was the hottest day of the year [up to 18C (64F)] and people were enjoying the warm weather thanks to mild air coming in from the south west,â€ he said.

The wintry conditions are expected to die down in southern England towards the middle of this week, but sleet and snow showers are forecast for parts of northern England until Friday. 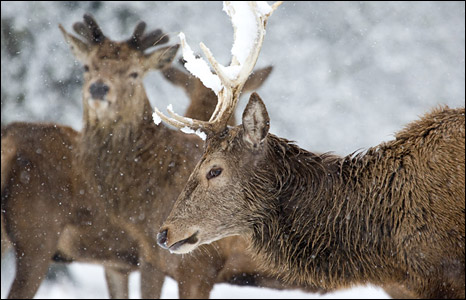 BBC News website readers have been sending in their photos of April's snow showers. Giles Breton captured this image in Richmond Park, London. 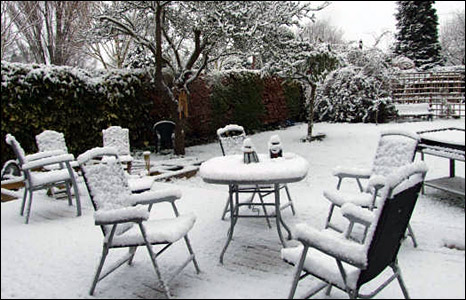 Patricia Farmer is a little worried her BBQ might not go ahead as planned. 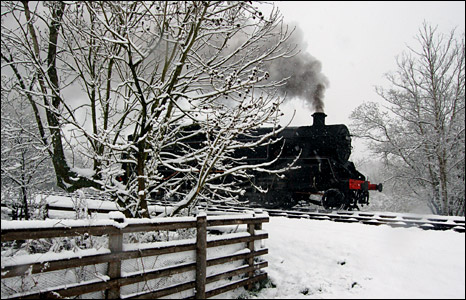 The snow was no match for the Bluebell railway, although Jude Wells didn't see many passengers braving the snowy conditions. 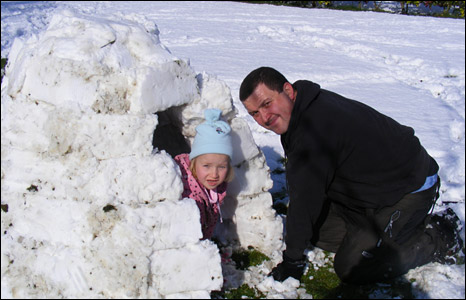 A career in construction beckons for Sasha Brades and her father Jeff who were up early in Pillerton Priors, Warwickshire building an igloo. 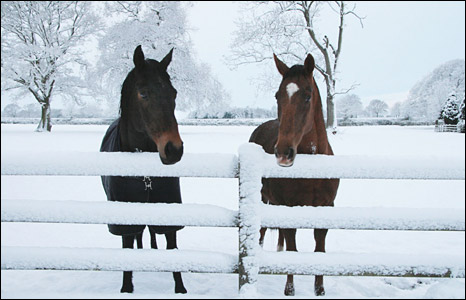 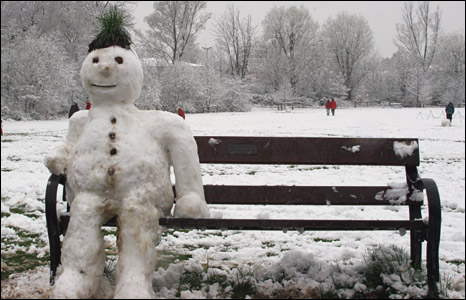 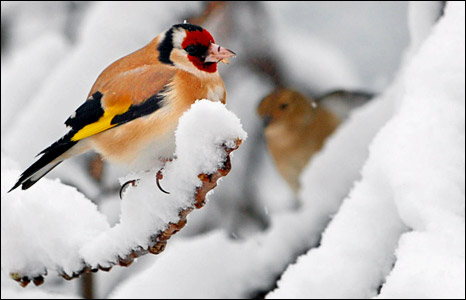 William Wells took this photo of a goldfinch on a snow covered branch in Stadhampton, Oxfordshire. 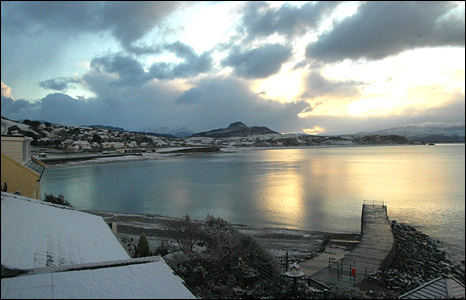 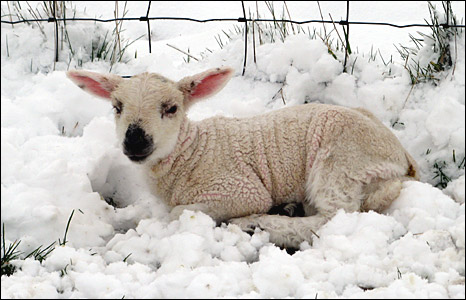 This lamb needs a wooly jumper to keep warm in the snow. Picture taken by Brian Biggs in East Meon, Hampshire.