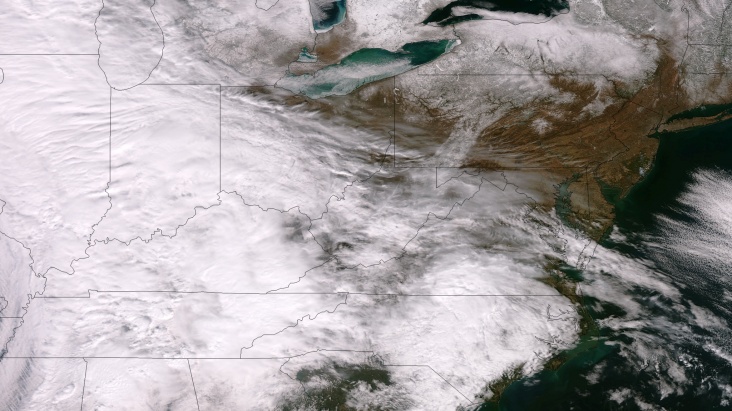 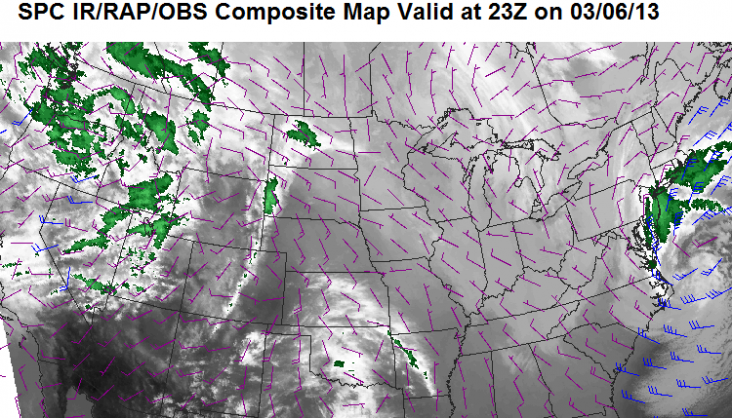 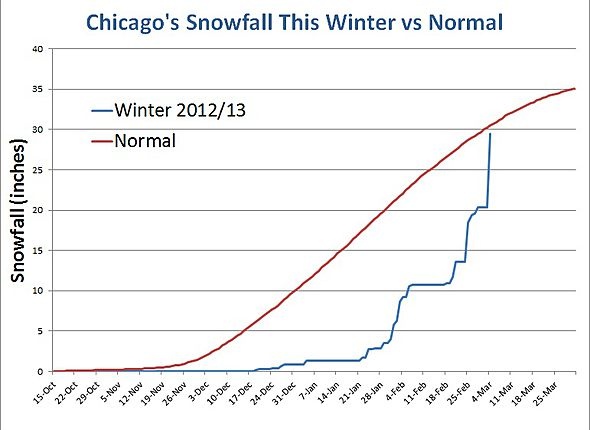 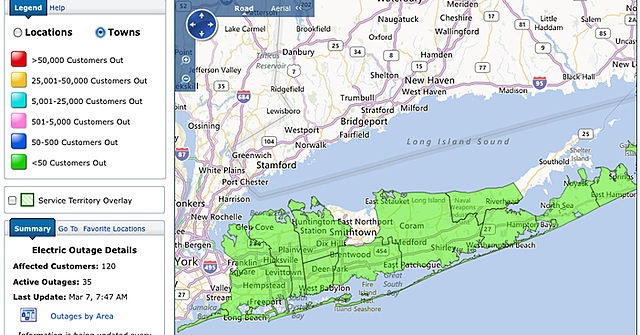 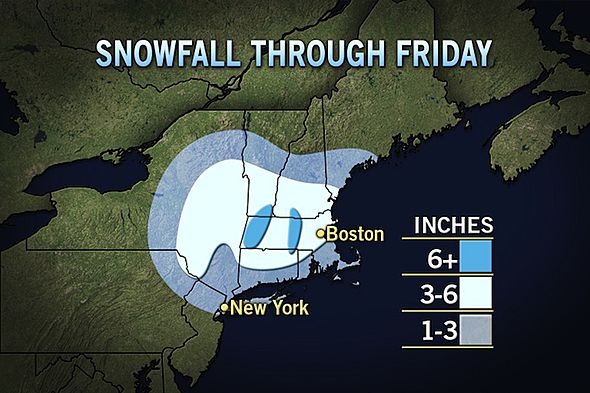 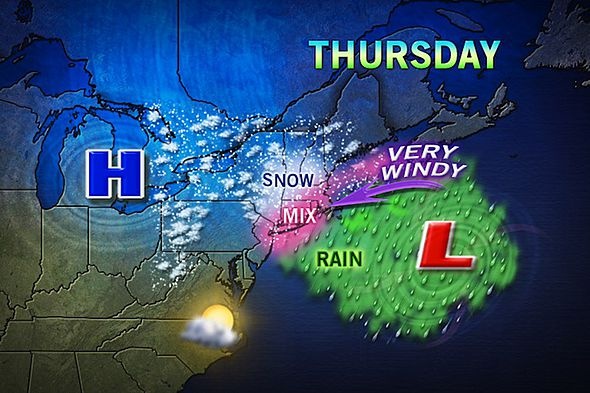 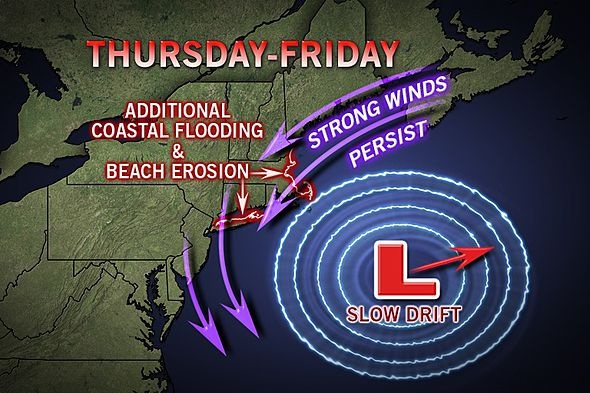 NOAAVisualizations Gepubliceerd op 6 mrt 2013
A winter storm that brought 24 inches of snow to Rocky Boy, MT, 11 inches to La Grange Point, IL, and 9 inches to Bellefontaine, OH, impacts the mid-Atlantic on Wednesday, March 6 before delivering more snow to parts of the Northeast. Heavy wet snow, more than a foot deep in spots, in parts of Virginia, Maryland and West Virginia resulted in downed trees and power outages, while a sloppy mix of rain and snow fell along the I-95 corridor, including Washington, D.C. This movie spans March 3 through the morning of March 6, 2013, made from GOES East infrared imagery.
Every cloud has a silver lining
Marga
Lid
Woonplaats: Den Haag
Berichten: 17643
Lid sinds: 25 jul. 2006
7 maart 2013, 16:17 uur | Bericht #389837 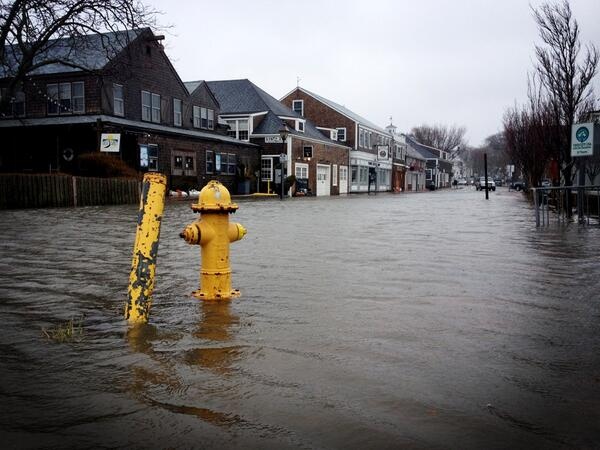 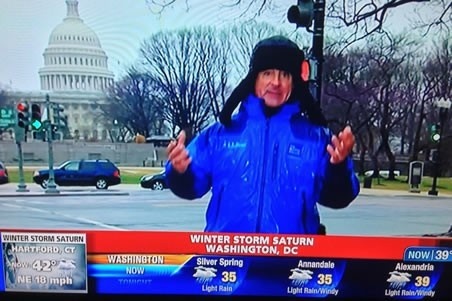 This poem was submitted in our comment section as yesterday’s Snowquester storm was winding down. It is brilliant, so I’ve chosen to republish it for all to see. My thanks to commenter “DC Rocks” for composing and submitting. - Jason Samenow, editor

Twas the night before Snowquester and all through the land,
the snow lovers were giddy and rubbing their hands.
Snowblowers and shovels were nestled in the garage,
snow was finally coming, this was not a mirage.

The children were ready for a day off of school
so they ignored their homework, their bedtimes and rules.
And I in my Mukluks and mamma in her Uggs
fretted a day cooped up with kids, best treated with drugs.

Four Aleve, One Xanax and two Ambiens ago,
I woke up at midnight and what do you know?
Away to the window I flew like a flash,
tore open the shutters and broke the damn sash.

The moon on the breast of the new fallen snow,
gave the lustre of mid-day to, wait...
THERE’S SNOW???

It’s been two lonely years without my pale friend,
it’s been a long road but it’s back here again.
Overjoyed I high-fived a squirrel in a tree,
Did I take two Ambien, or was it actually three?

Asleep once again my worries melted away,
Snow had found us again and it was here to stay.
Filled with joy in the morning, our snow angst had parted,
there’s an inch on the ground, but it’s yet to get started!

The storm’s ramping up, there’s much more coming you see,
said my best friends in blogland, CWG.
Could it be, yes indeed, our snow desert would end,
exceeding two inches is a safe bet my friends.

I pored over maps, the dynamics were there,
it’s 38 down here but up there there’s cold air.
The rapidly falling precipitation would bring
a speedbump in our dismal, forced march into spring.

Alas as we waited, and waited some more,
rain’s all that was falling, promising snow nevermore.
With gloating flowing in from our friends in the west,
where the inches of powder were piling up best.

Sleds, boots and shovels sat waiting, the snow was no more,
you burned us again, damn I-95 corridor!
With heads down and tails tucked we gave up our fight,
Jim Cantore is gone, caught the 3:30 flight.

And I heard him exclaim, ‘ere he flew away from me,
Snow’s not your thing DC, but you got RGIII. 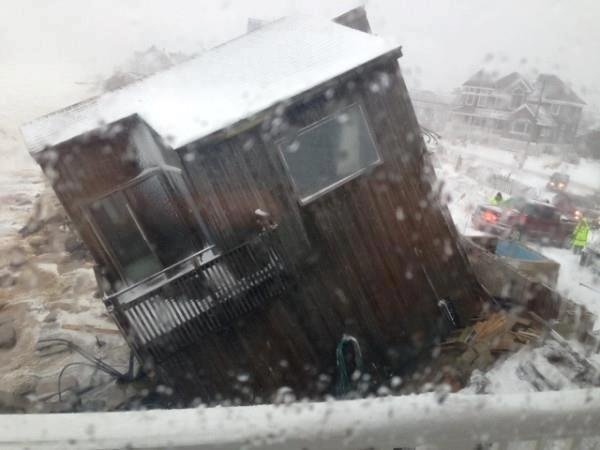 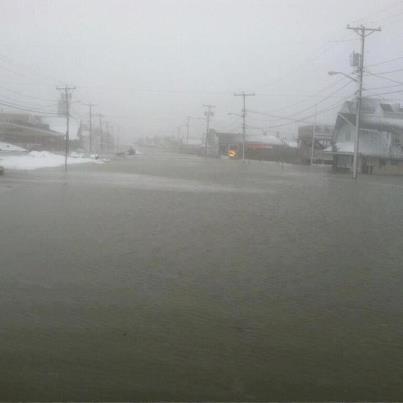 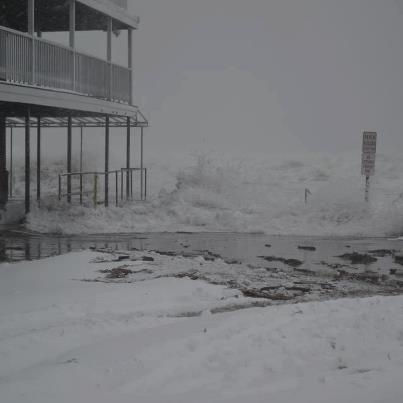 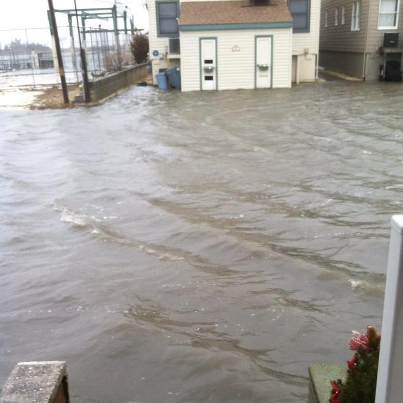 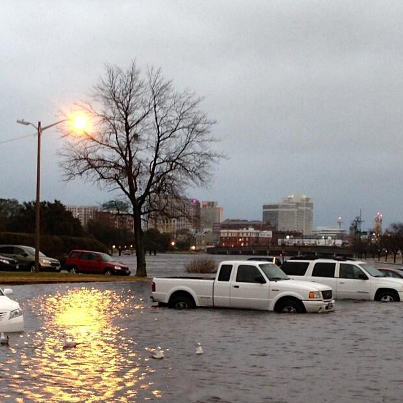 @MartinMMC Ruined cars in this parking lot here in Norfolk. Move your cars if you live in a flood zone #vawx #noreaster 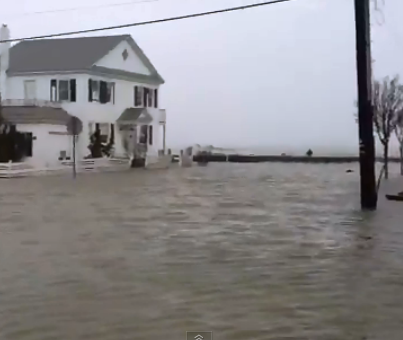