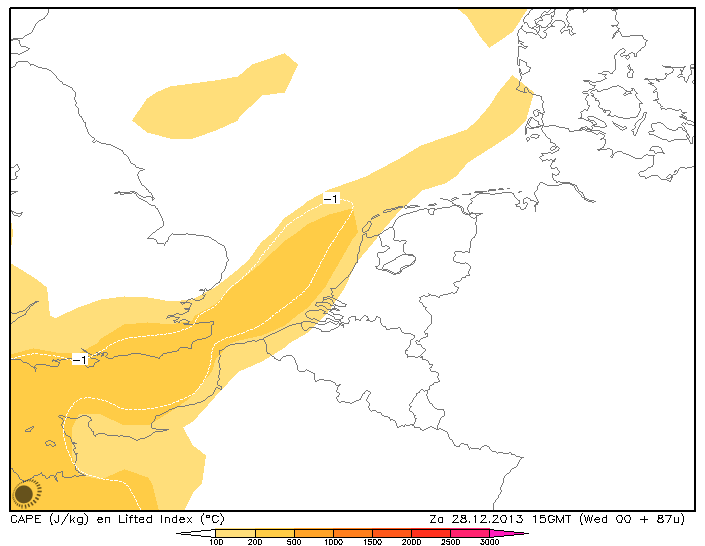 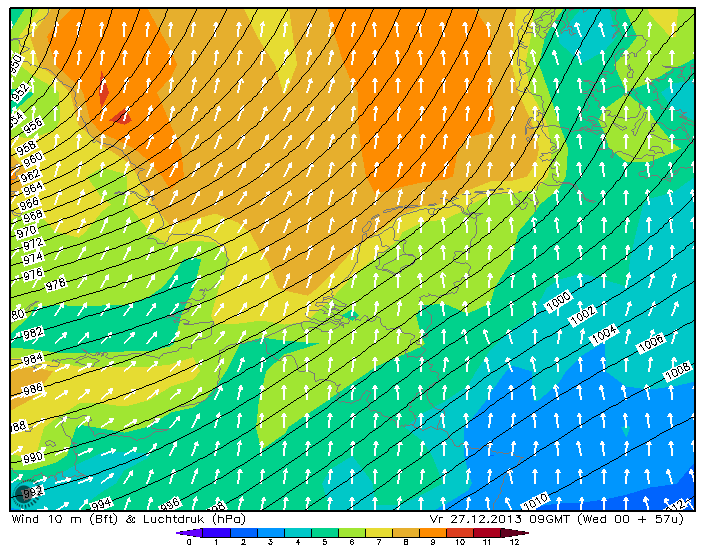 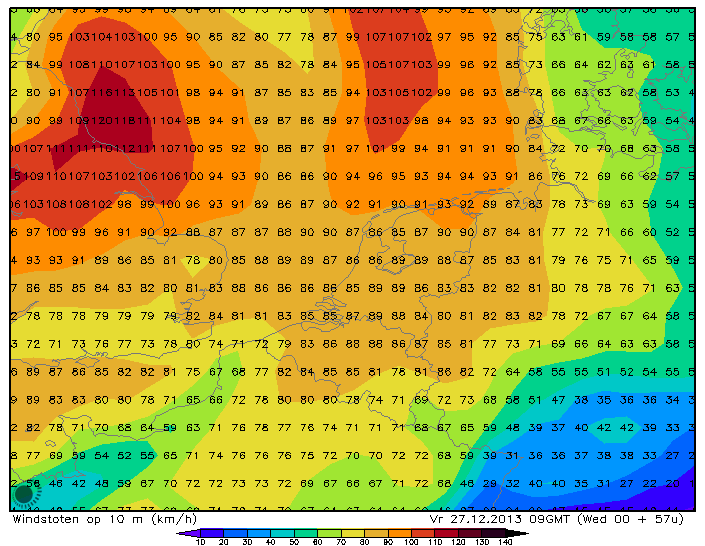 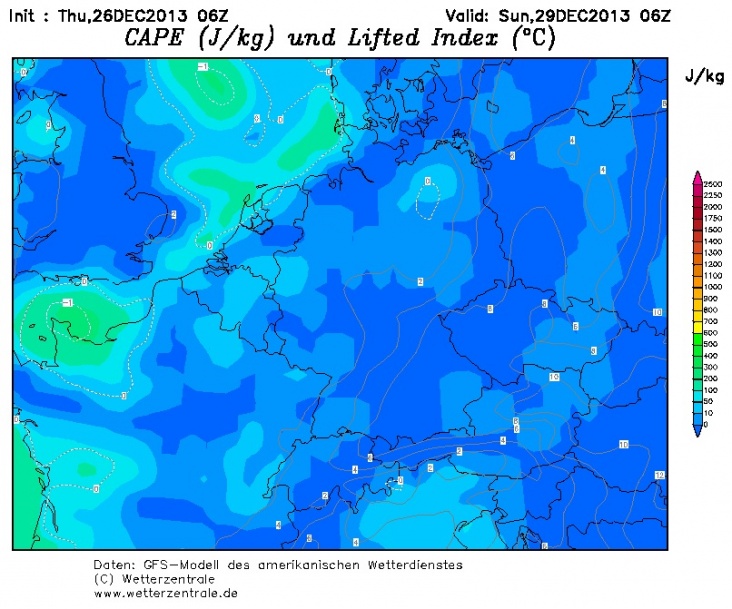 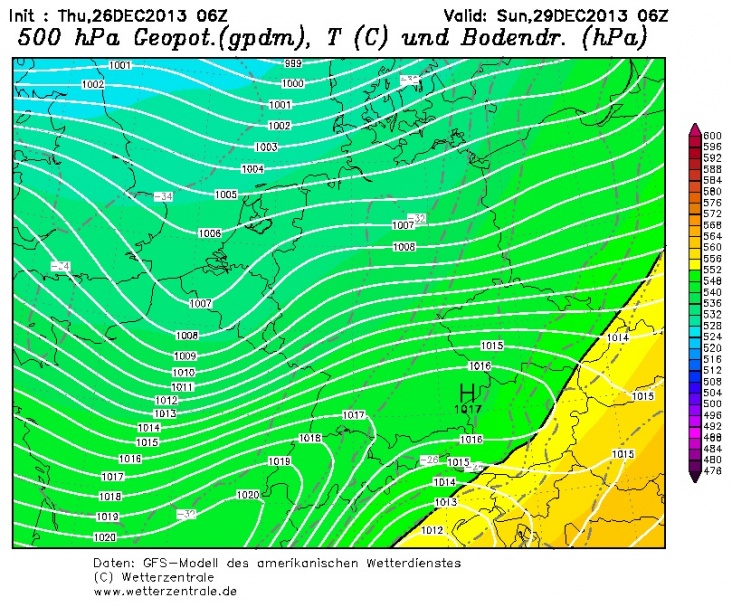 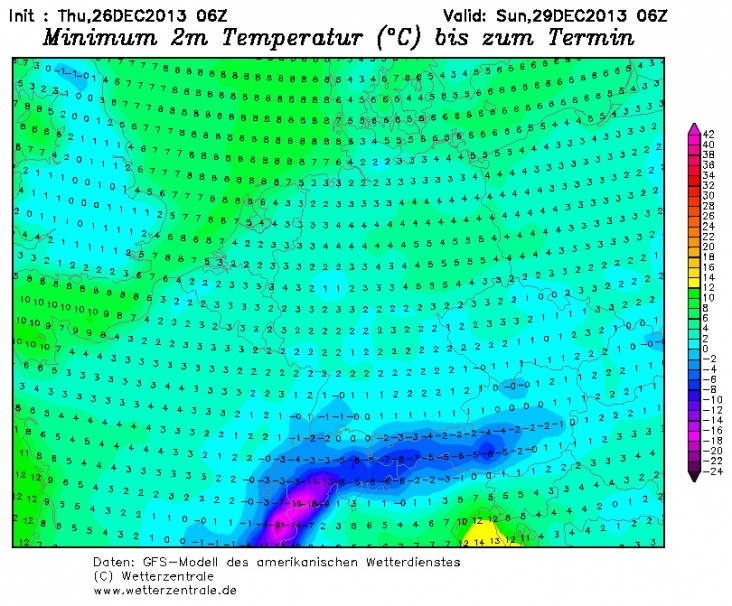 Freedom is not worth having if it does not include the freedom to make mistakes.
Ries
Lid
Woonplaats: Brouwershaven
Berichten: 4470
Lid sinds: 3 jul. 2010 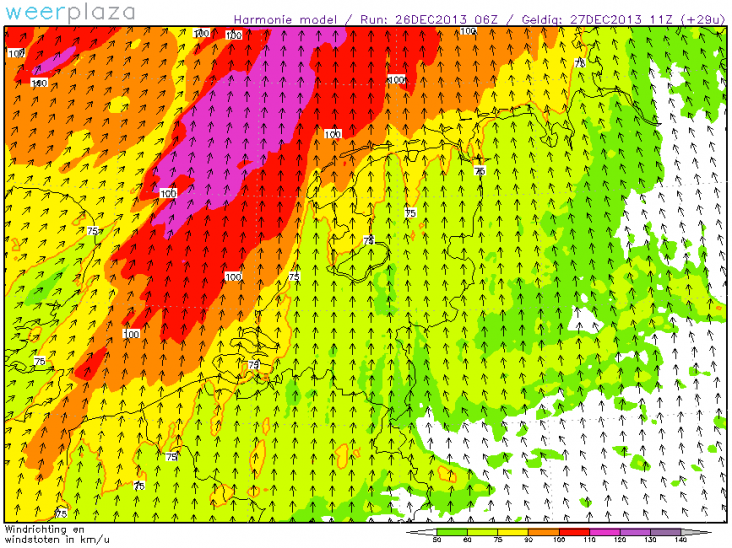 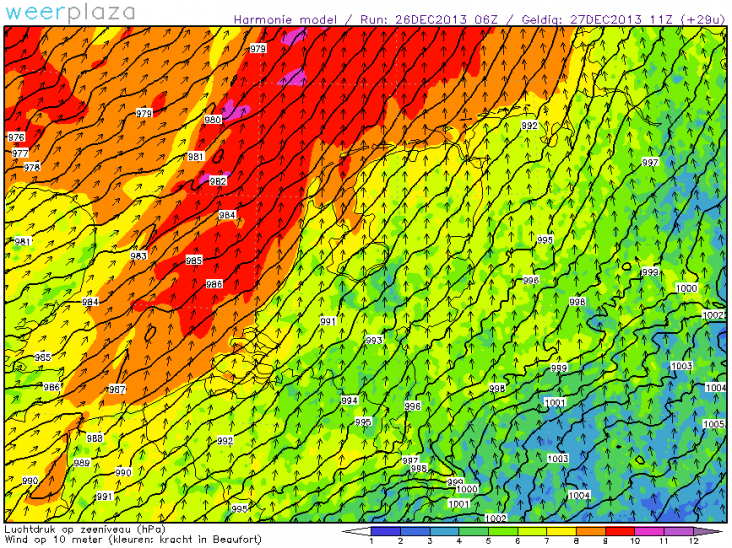 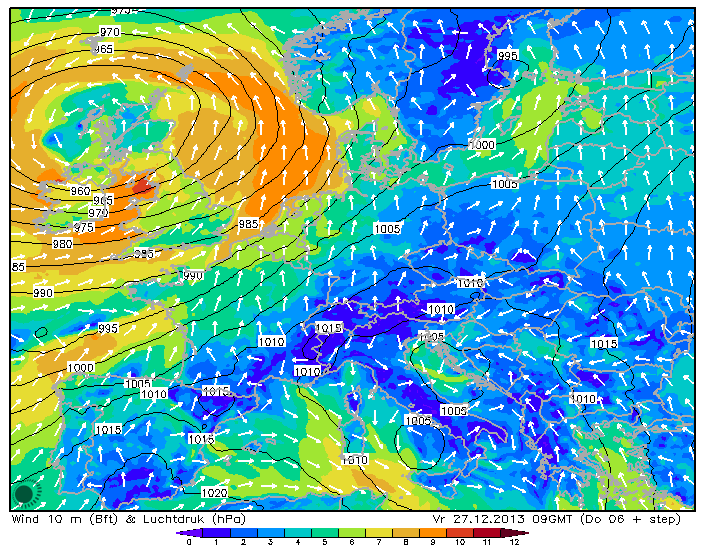 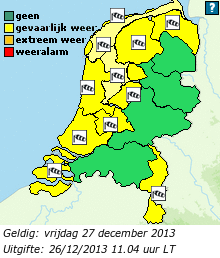 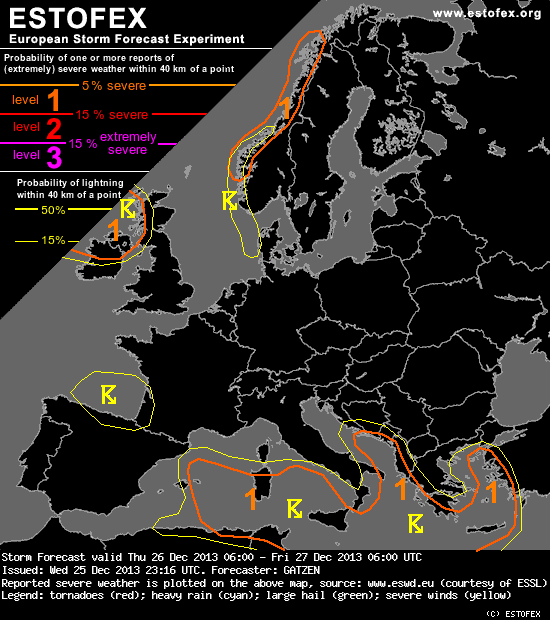 A new storm will affect the northern British Isles late in the period. Along the cold front, rather stable conditions are expected, and severe thunderstorms are rather unlikely. The best potential of a few embedded thunderstorms exost across northern Irleland on Thursday evening. These storms, however, may be capable of producing severe wind gusts given the strong background wind field. Additionally, a tornado is not ruled out. In the wake of the cold front, a well mixed maritime air mass will enter the northern British Isles. Especially near the base of the trough, thunderstorms are possible. Given strong low-level vertical wind shear, some bowing lines are forecast to enhance the wind potential and a level 1 is warranted. 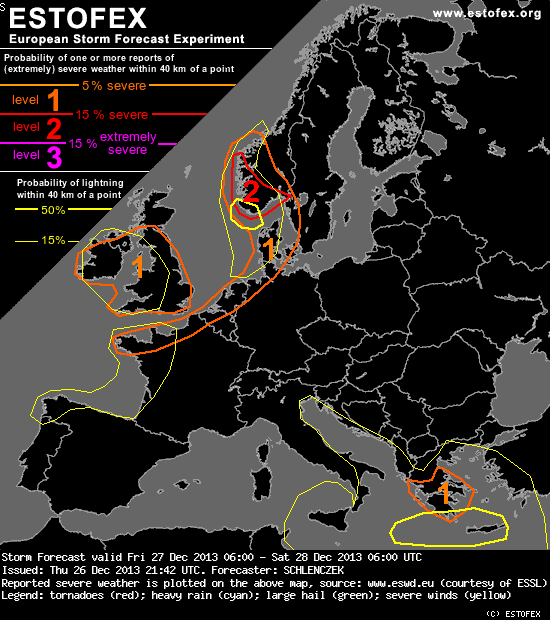 The track of the developing cyclone is forecast with a good accuracy and therefore the regions with the greatest threat of severe weather which is at least partly associated with convection are obvious. All past runs of GFS on Dec 26 show the greatest overlap of strong front-normal winds and instability around the south coast of Norway on Friday noon. It is likely that storms along the cold front will form a narrow line which will enhance the already given threat of severe winds. Some gusts are likely to exceed 33 m/s as the 850 hPa background flow is in order of 35 m/s, probably enhanced by convective downdraughts. In such a situation, there is also a slight risk of tornadoes as favourable kinematic conditions with very high SRH3 and SRH1 are expected. The area with the greatest threat of wind gusts > 33 m/s accompanied by deep moist convection is covered by a LVL2 area.

The other regions mentioned above do also experience some low-end instability combined with strong vertical shear and a quite intense background flow. Nevertheless, the front-normal wind components are considerably weak in the other regions which will reduce the chance of a linear MCS and therefore the risk of severe wind gusts. The whole region along the cold front will likely get enhanced SRH and strong LL shear, so a tornado is not ruled out either. 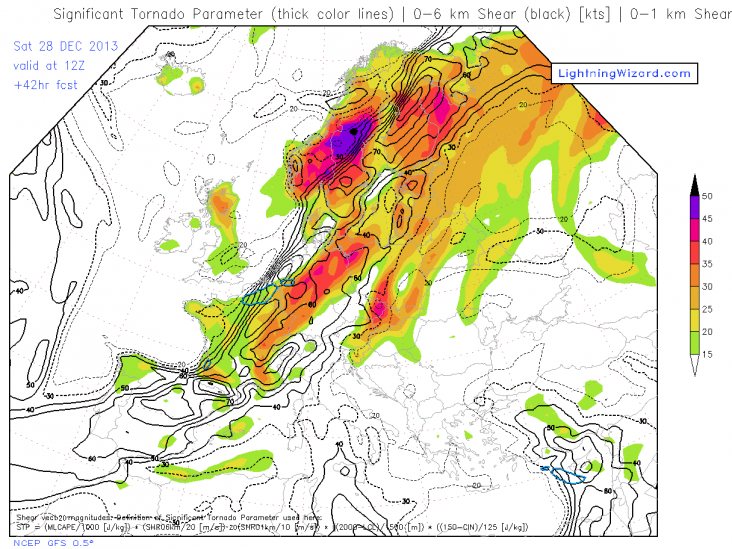 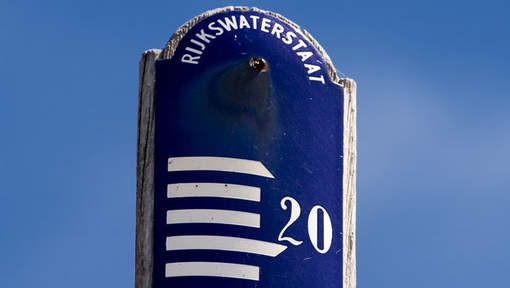