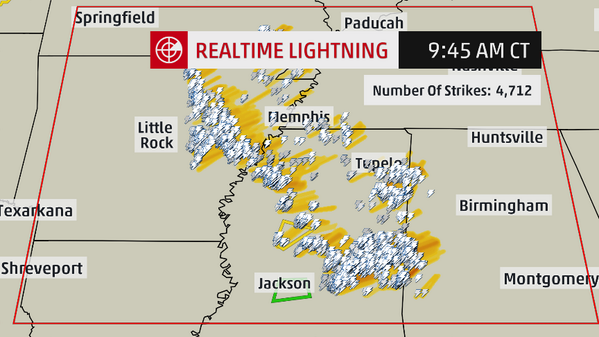 Scott McClellan @alastormspotter
I'd call this a chaser convergence. 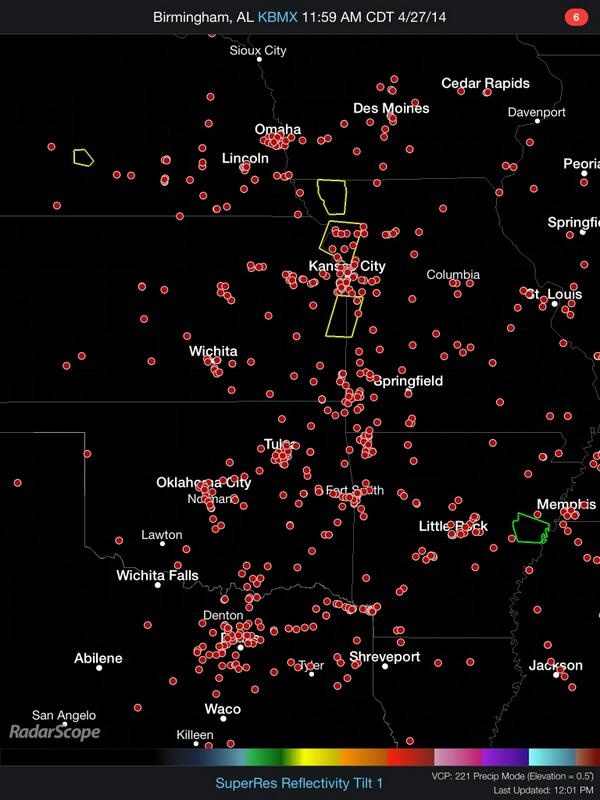 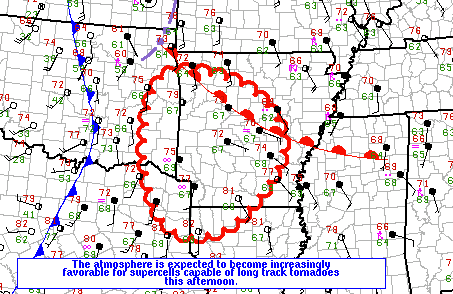 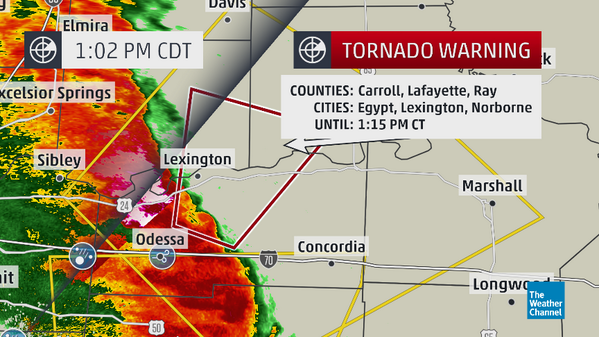 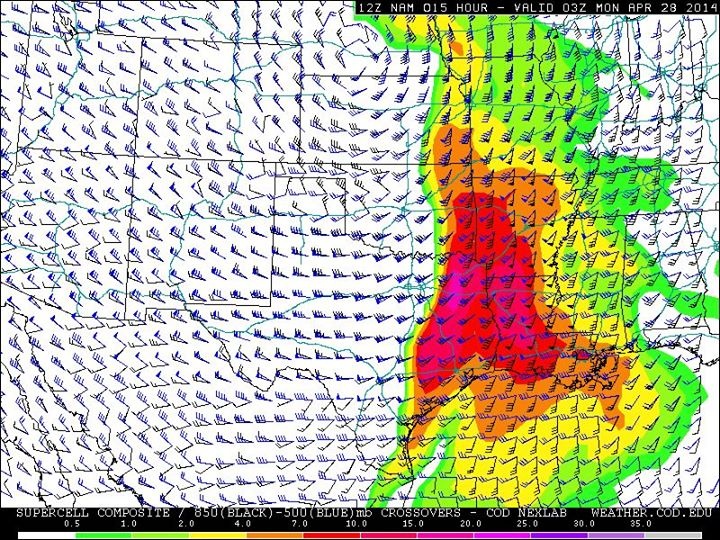 Here is a quite impressive NAM weather model simulation of 500mb and 850mb crossover winds across the MDT risk area in USA today, where significant shear coupled with strong instability calling for an oubreak of severe weather later this afternoon and tonight. 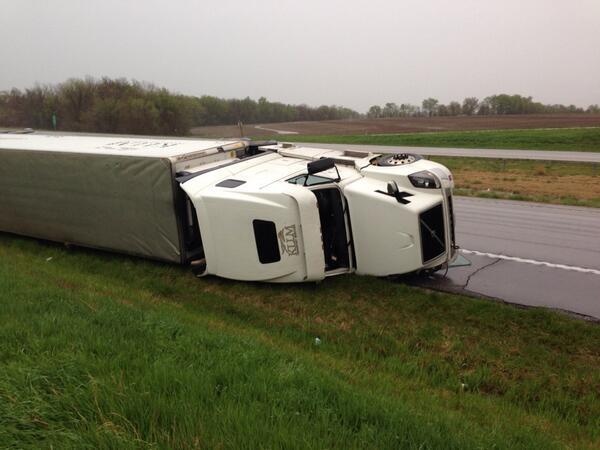 Shawn Reynolds @WCL_Shawn
PIC: Semi blown over on I-70 in Missouri. No sign of driver [via @GarrettHaake] #MOwx 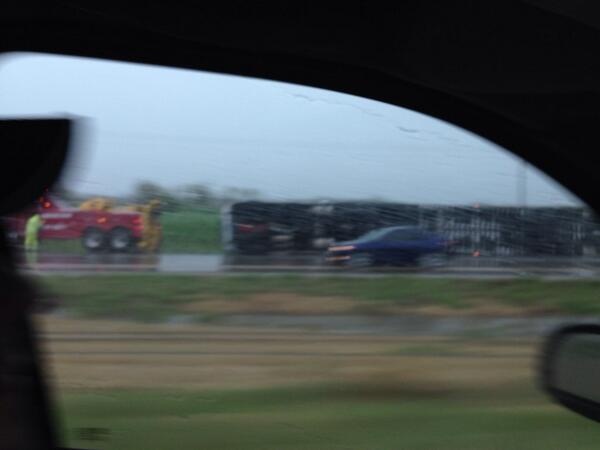 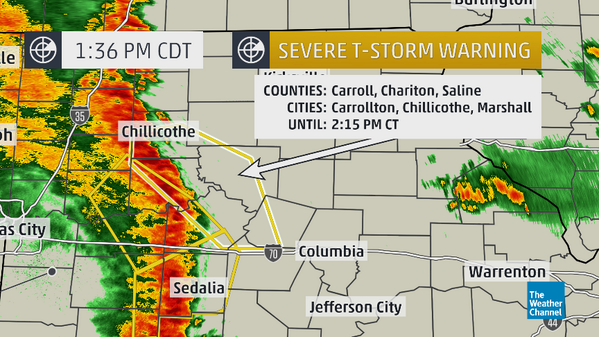 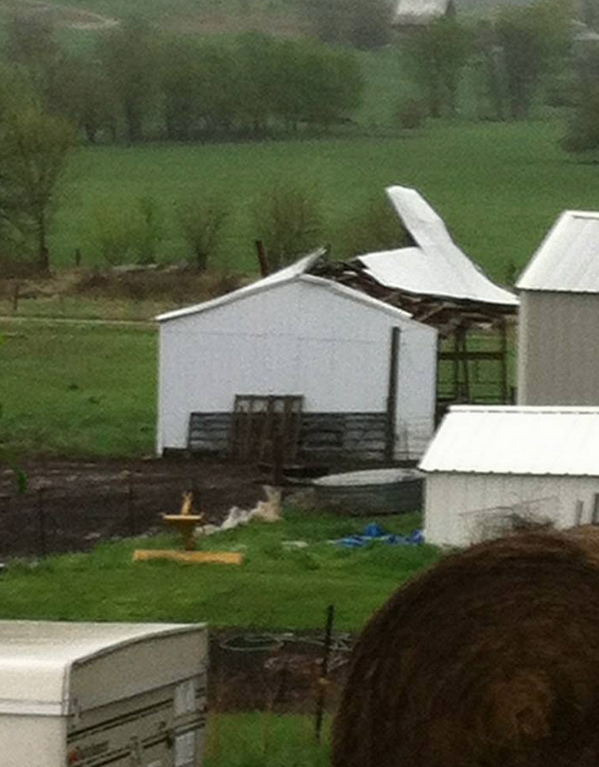 + 0 Tweet
@weatherchannel   BREAKING: #Tornado watch until 9pm for much of Arkansas and parts of OK, TX, LA. 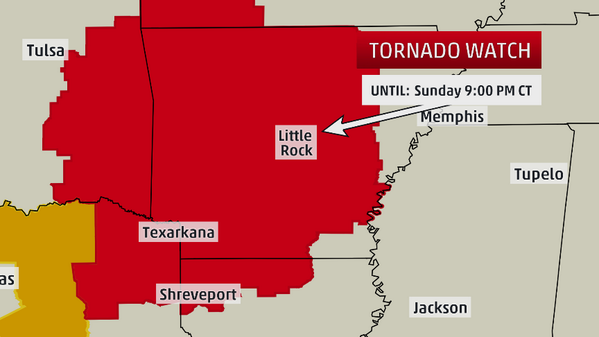 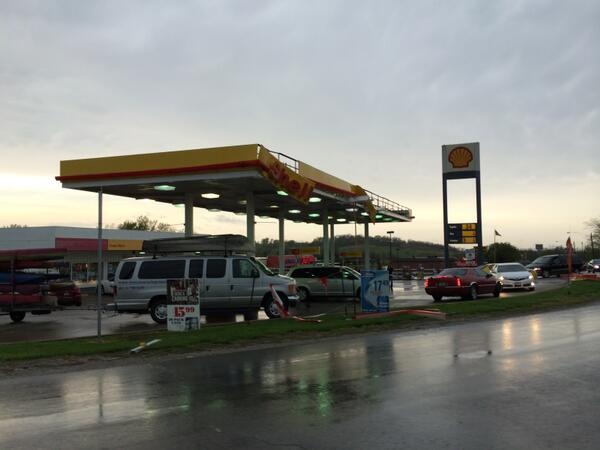 
A long-lived line of storms developed across Kansas early Sunday morning and trucked east into Missouri where it lead to numerous warnings and reports of wind damage.

At 12:51pm, the National Weather Service issued a \'TORNADO WARNING\' for a cell that had strong rotation on radar near Odessa along I-70. Damage was then reported in town, including an overturned semi at the Odessa exit and minor building/tree damage in town. A mobile home park on the east side of town had numerous homes damaged by the storm. Several trees were downed in town and there was also damage to a gas station. Initial reports as straight line winds, but radar indicated rotation over town at the time the damage was reported.

No injuries were reported.

Scene 1-2: Shots of overturned semi-truck with the Odessa exit sign next to it.

Scene 7: Panned shot of debris on the ground up to the damage gas station roof cover.

Scene 11-12: Shots of damaged roof on a mobile home in town.

Scene 16: Shot of downed power pole with line nearly fallen on a car.

Scene 18: Static shot of down pole.

Scene 19: Panned shot from broken wind on the ground to the damaged mobile home it came off.

Scene 20: Wide shot of mobile home with down tree in front yard.

Scene 21-22: Man dragging a tarp followed by shot of man stapling tarp to mobile home side damaged in the storm.

Scene 23: Shot of down tree in parking lot of bank. 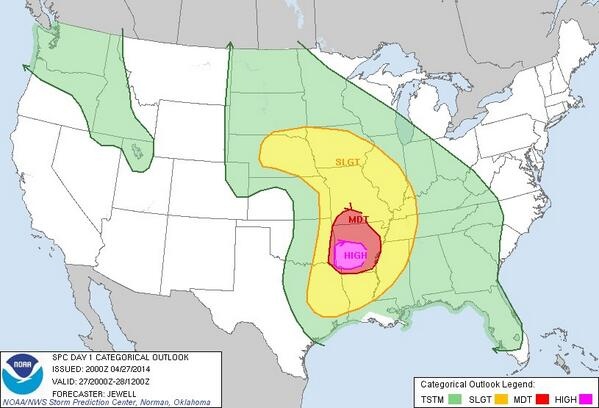 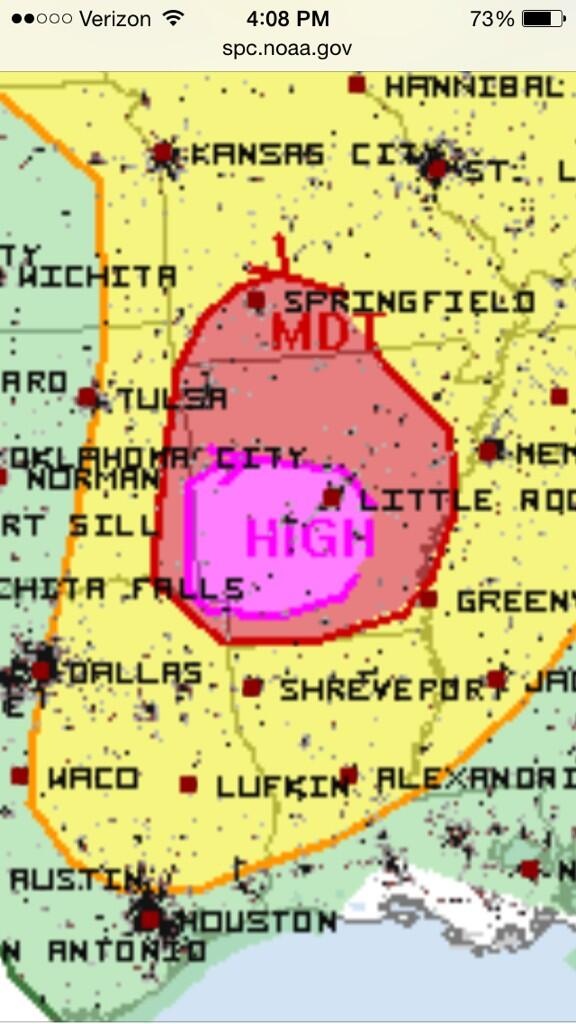 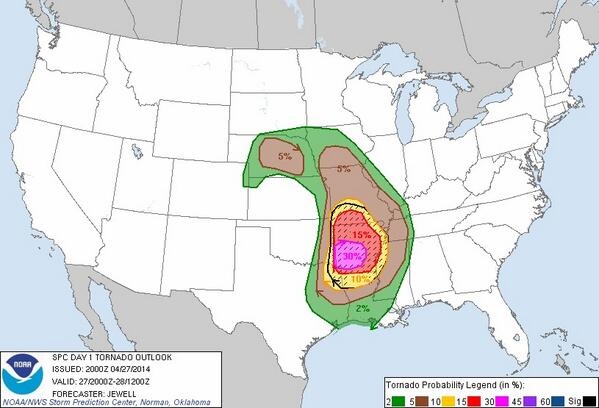