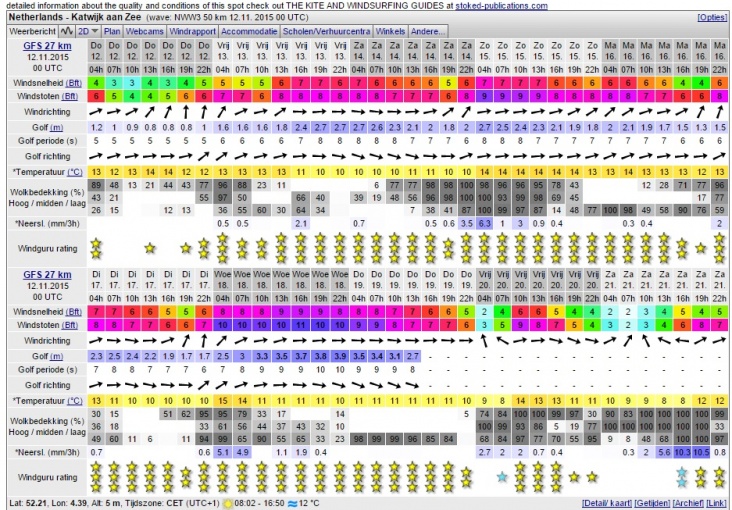 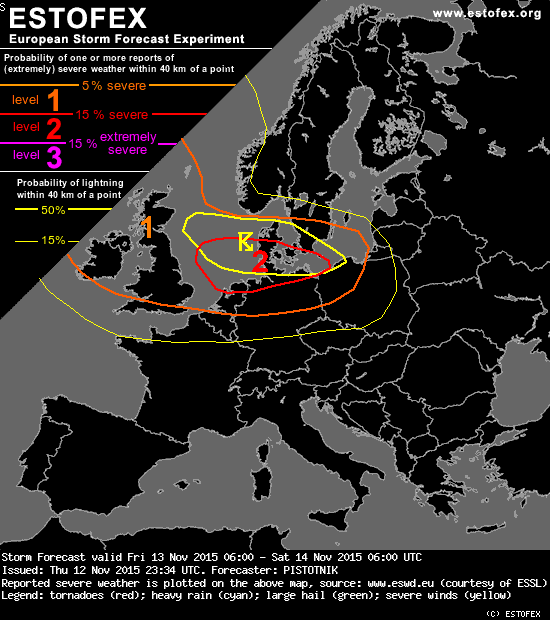 A strong and meandering zonal flow is present across the northern half of Europe. An embedded upper-level ridge moves from Sweden and Poland (Thu 06 UTC) into westernmost Russia and the east Ukraine (Fri 06 UTC). It is followed by a pronounced upper-level trough which translates from the British Isles (Thu 06 UTC) to the Baltic Sea and Poland (Fri 06 UTC).
This trough is associated with a storm cyclone (<965 hPa) at the surface which passes to the north of Scotland before it slows down and fills up over the Norwegian Sea. Its cold front crosses much of central Europe to the north of 47°N in the course of the forecast period.
The southern half of Europe enjoys warm and dry conditions under the influence of an extensive anticyclone.

The cold front and the postfrontal environment become the focus for possible thunderstorm developments. As the polar air moves over the rather mild ocean surface, steep lapse rates develop and will lead to one or two hundred J/kg of CAPE in offshore and coastal areas. Large-scale lift ahead of the trough further destabilizes the atmosphere and may allow marginal CAPE to move also further inland in the evening and overnight.
The cold front will still be overlaid by a mid-level jet streak, leading to strong 0-3 km shear on the order of 15 to 25 m/s. The well-mixed postfrontal air will be characterized by weaker shear but uniformly strong wind speeds throughout the lower troposphere.
Along or a little behind the cold front, convection may organize into bowing lines but the depth of this convection will be rather limited. Further behind the front, convection will lose its organization but will grow deeper while the 850 hPa wind also increases to speeds around 25 m/s.
Convection may therefore bring isolated to scattered severe wind gusts in both regimes, owing to cold pool formation in case of a convective line or to the downward transport of strong momentum with the later, disorganized storms overnight. A large level 1 area covers those regions where at least isolated gusts above 25 m/s are expected with passing thundery showers. The fine-meshed models (WRF, UM, ...) agree that the dominant convective line - or lines - will likely cross the North Sea, Denmark, the Netherlands and N Germany in the afternoon and evening. Though the exact path of such features is not clear yet, the risk of rather widespread wind gusts around 25 m/s or slightly above warrants a level 2.
It needs to be mentioned, though, that the background wind field is strong enough to enable severe wind gusts even outside of deep convection (and hence outside the scope of ESTOFEX). The highest values will also be confined to coastal areas which are adapted to such wind speeds. | Gewijzigd: 13 november 2015, 07:34 uur, door Koen Vreman
Onweer 2014 :15x
Onweer 2015: 14x
Onweer 2016: 10x
Onweer 2017: 12x
Onweer 2018: 14x
Onweer 2019: 15x
Onweer 2020: 1x 1-5 (1 donder),
Callie-P
Moderator
Woonplaats: Den Haag
Berichten: 2097
Lid sinds: 16 jan. 2010
13 november 2015, 08:12 uur | Bericht #464580 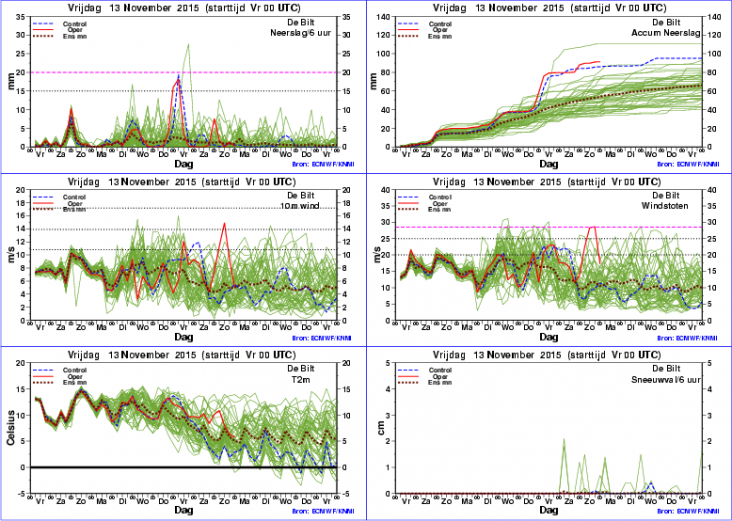 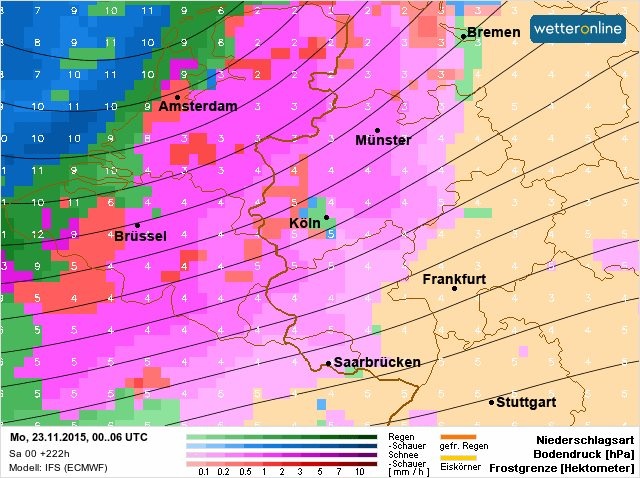 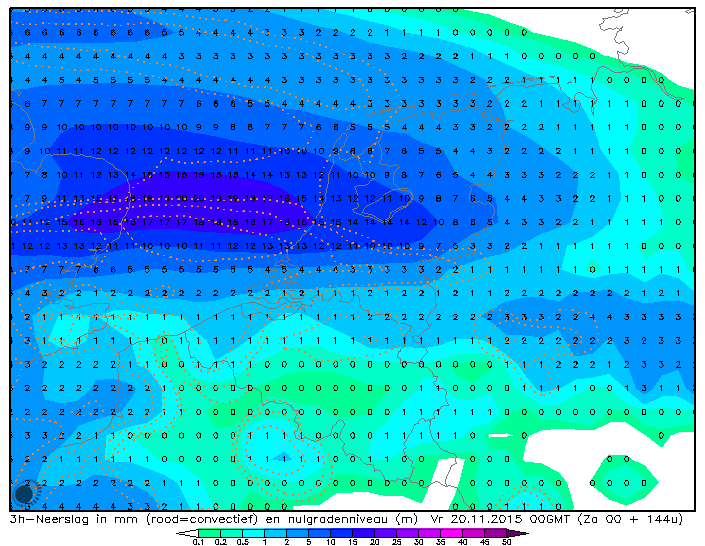 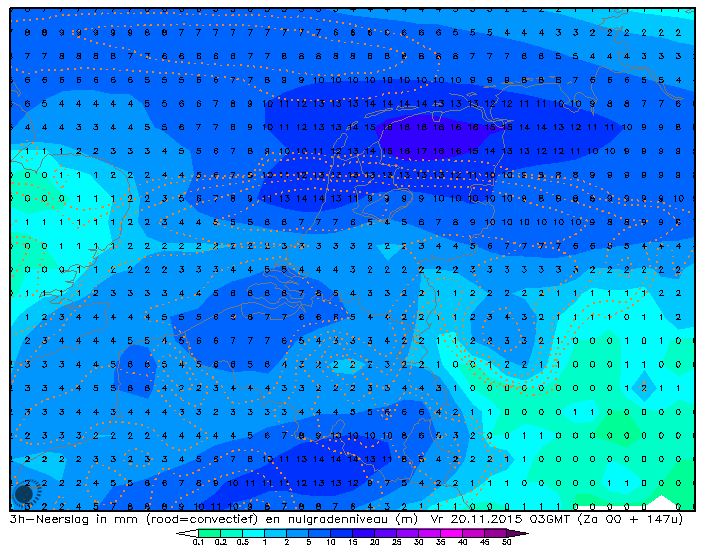 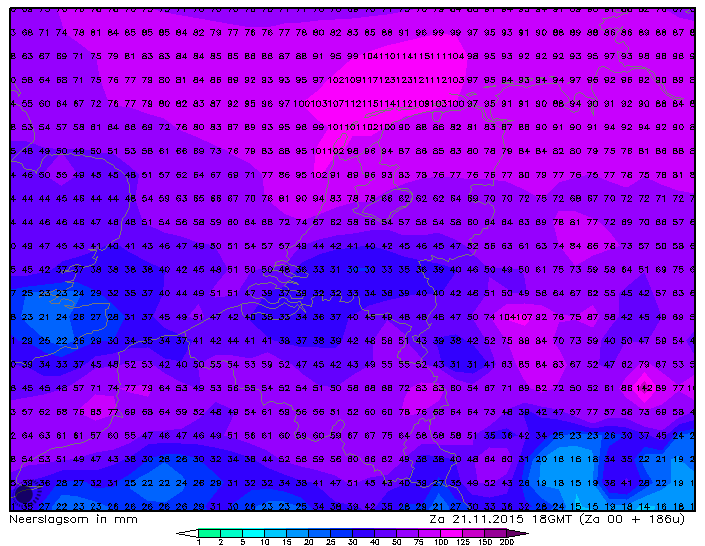 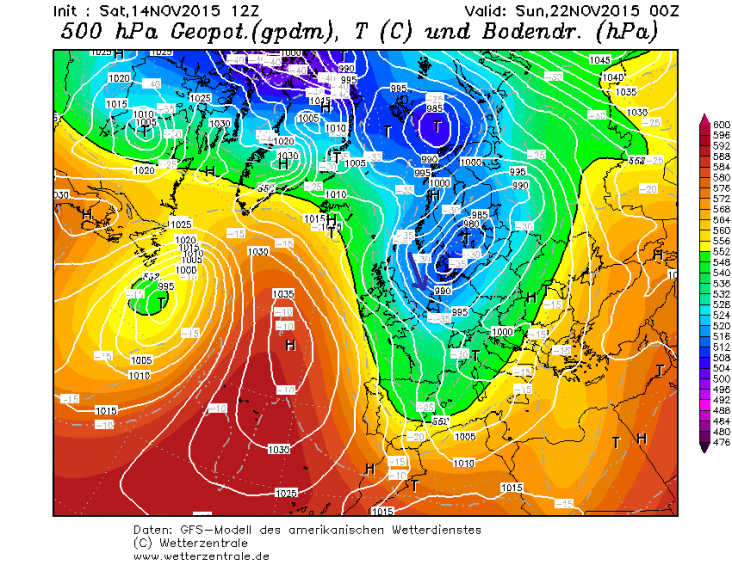 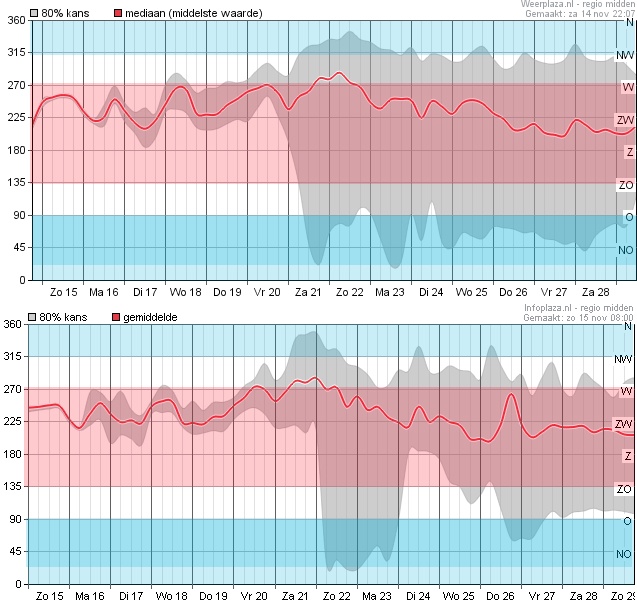 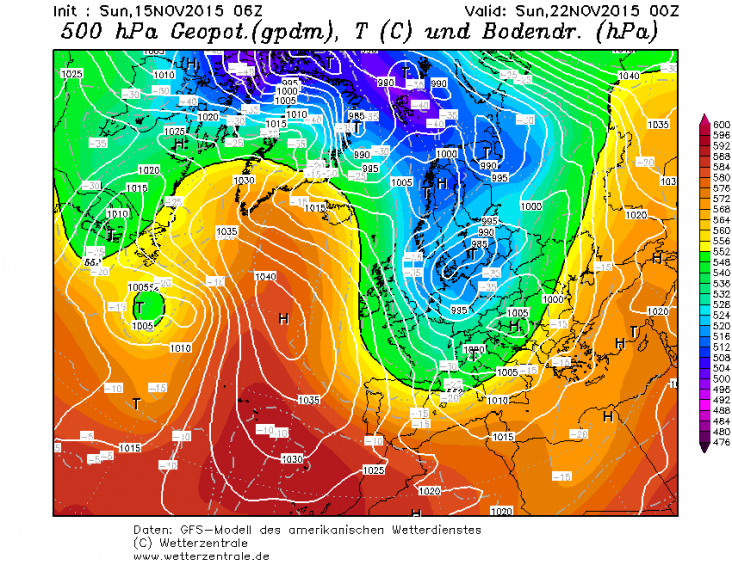