Damaging winds and large hailstones are likely to hit the Brisbane CBD this afternoon as a large stormfront sweeps across south-east Queensland, the Bureau of Meteorology says.

The thunderstorms are moving towards the east, with the Bureau predicting it will reach Brisbane by 4:00pm.
Residents have been urged to stay indoors, move cars undercover and secure loose outdoor items.

It comes after 176,000 lightning strikes were recorded in south-east Queensland overnight, with the Dayboro area, north of Brisbane, recording large hail, strong winds and some flooding.

Bureau of Meteorology (BOM) senior forecaster Michael Knepp said the storms had not provided much rain, with Brisbane recording about 5 millimetres and Ipswich only 2 millimetres.

However, Mr Knepp said it had caused some damage to a number of homes.

Dayboro resident Patricia Hibble said it was like a "mini tornado" when the storm cell passed her home.
"It was very, very frightening .... the dog went under the bed and I was inclined to go there too," she said.
"I've never known or seen anything like it."

PHOTO: About 8:30pm, the skies above Brisbane city were a lightning show. (Supplied: Steph Doyle, The Soul Echo)\

She said it came through in two waves and brought down a large tree that was about 80 years old.
"It's sitting now on the corner of the back end of the neighbour's house."
Another resident nearby, Garry Hayman said the storm wreaked havoc on his property.
"The wind just blew like hell; hail, gutters were all over flowing ... water was pouring everywhere," he said.
He said he heard "big cracks" of lightning throughout most of the night.
Mr Knepp said there had been reports of roofs off houses and sheds at Dayboro.
"There has been some significant roof damage around the Moreton Bay Regional Council's [area] and roof damage from a cell in southern Brisbane."

PHOTO: A tree on the ground near a childcare centre at Dayboro, north of Brisbane. (ABC News: Mark Slade)
More than 4,000 homes were left without power at the height of the storm, with Energex spokesman Danny Donald saying teams were still working to restore power as soon as possible to about 1,200 homes.
"We had 40 crews working last night — we've got another 30 fresh ones coming in first [thing] this morning," he said.
"They're going to continue to do everything they can to get things up and running as fast as possible, but there is a big task ahead of them today.

This #thunderstorm looking like it could be a direct hit #Brisbane #QldStorm
BoM RADAR and UBIMET Lightning pic.twitter.com/VrFjemz167

The lightning has arrived in #4068, livening up the #bnestorm pic.twitter.com/7BpMd5aCB0 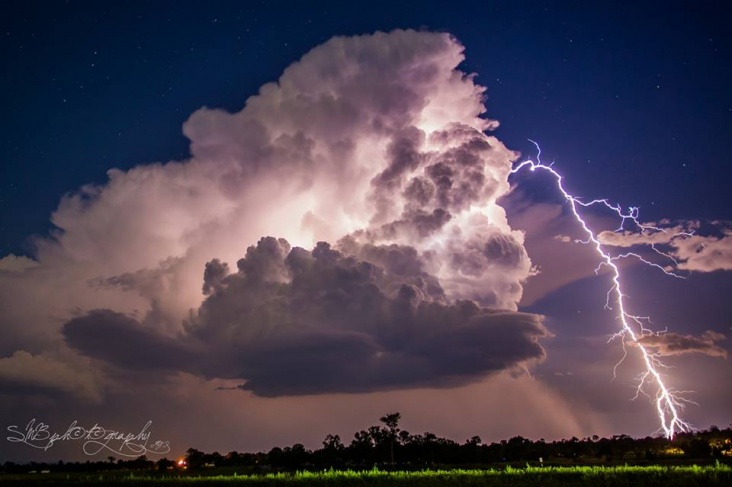 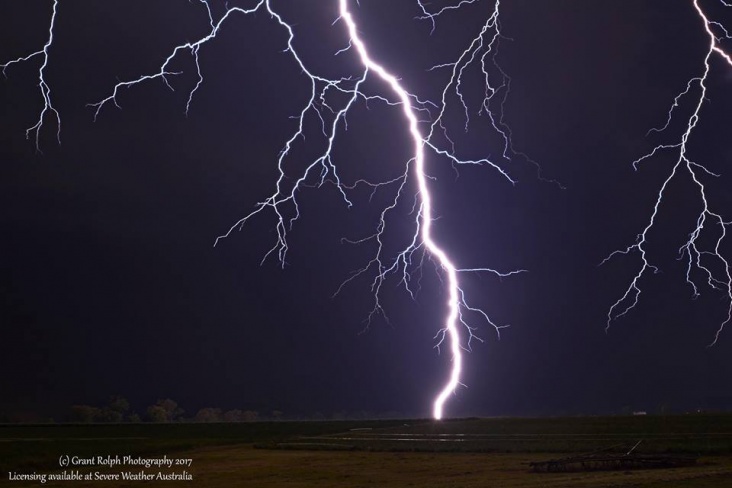 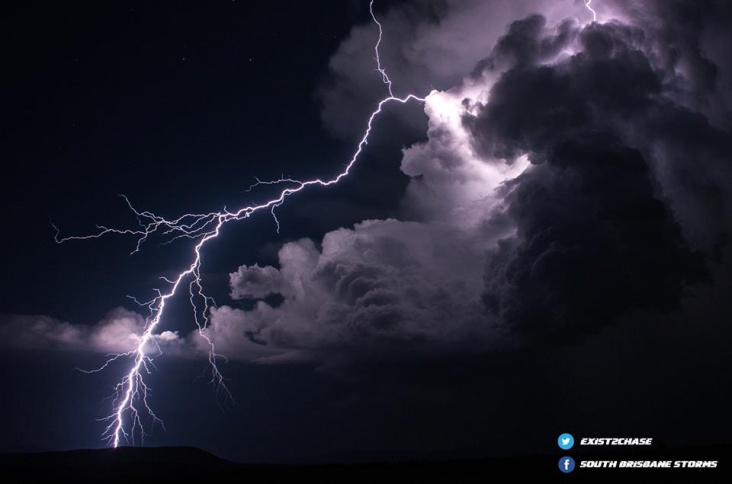 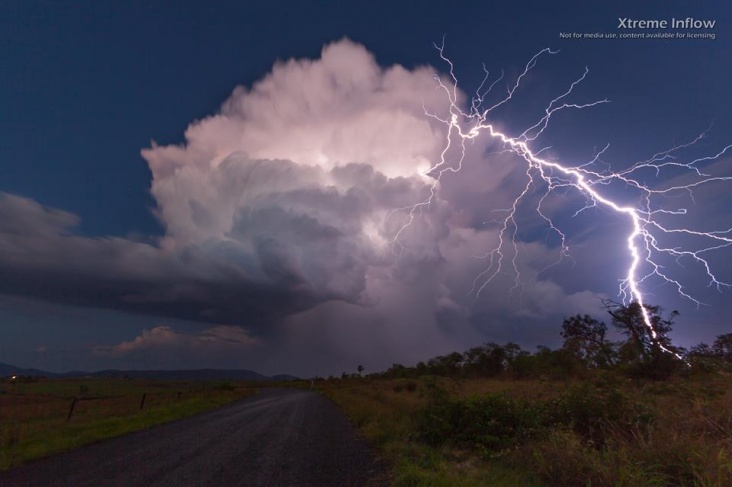 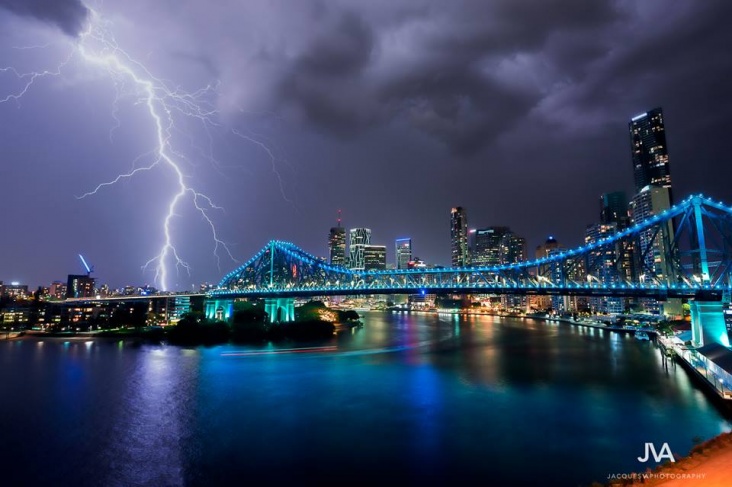 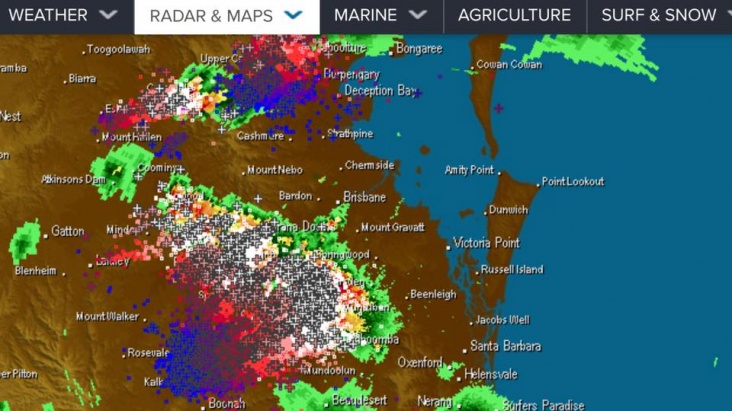 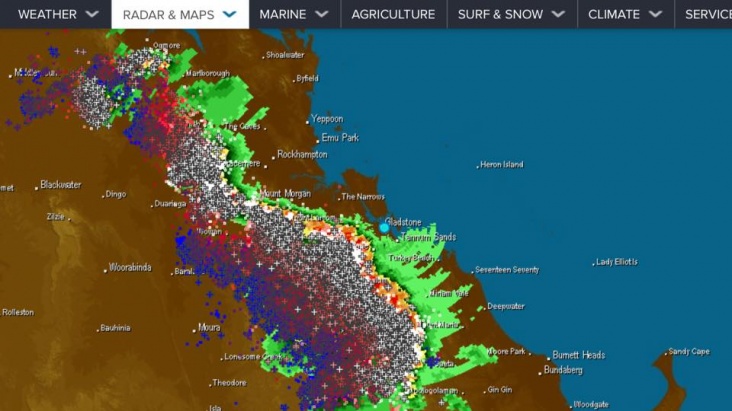 Not your typical beach day, but there a few storm chasers out at #Queensland Beach watching the powerful waves and wind pic.twitter.com/q4OS3ywnKo