Yesterday, Sept. 25th, Earth passed through a fold in the heliospheric current sheet. The crossing sparked a G1-class geomagnetic storm and bright auroras around the Arctic Circle. Christian Schartner was on an airplane flying from Munich to Iceland when the window filled with an explosion of color: What a fantastic start to our Iceland trip!" says Schartner.

Many people have never heard of the heliospheric current sheet. It is one of the biggest things in the solar system--a vast undulating system of electrical currents shaped like the skirt of a ballerina. Earth dips in and out of it all the time. On Sept. 25th, Earth found itself on the side of the current sheet containing negative-polarity magnetic fields. Such fields can open a crack in our planet's magnetosphere, allowing solar wind to pour in and fuel colorful displays like Schartner witnessed.

"Shooting the aurora from inside an airplane was not easy--especially without a tripod," says Schartner. "Thanks to modern technology, I was able to capture it with a fast lens and very high ISO setting."

A vast "coronal hole" has opened up in the sun's atmosphere, and it is spewing solar wind into space. NASA's Solar Dynamics Observatory is monitoring the structure as it turns toward Earth: Coronal holes are regions in the sun's atmosphere where the magnetic field peels back and allows solar wind to escape. Today's coronal hole is a big one, and the emerging solar wind stream is broad. It is very unlikely to miss Earth when it arrives on Sept. 28-29. High-latitude sky watchers should be alert for auroras later this week.
Bron: http://www.spaceweather.com/  | Gewijzigd: 31 januari 2017, 15:37 uur, door Joyce.s
Joyce.s
Moderator
Woonplaats: Helmond
Berichten: 3066
Lid sinds: 13 jan. 2015
26 september 2016, 15:40 uur | Bericht #474462

As predicted, a high-speed stream of solar wind is buffeting Earth's magnetic field. Since it arrived on Sept. 27th, the stream has sparked G1- and G2-class geomagnetic storms and bright auroras around the Arctic Circle.  NOAA forecasters say the storms could intensify on Sept. 28th as the stream reaches peak speeds in excess of 700 km/s. High-latitude sky watchers should remain alert for auroras.

Last night, when the lights started to dance over southern Iceland, "I grabbed my violin to fiddle for Lady Aurora," reports Olivier Staiger from the Mid-Hvoll Cottages between Skogafoss and Vik: "This was in the late evening... and still going on this Wednesday morning as I write," he says.
Bron: http://www.spaceweather.com/ A magnetic filament in the sun's northern hemisphere erupted on Oct. 8th around 1600 UT. The explosion hurled a faint CME (movie) into space. NOAA analysts say the storm cloud could deliver a glancing blow to Earth's magnetic field on Oct. 13th. At this time of year, even a minor CME impact can spark bright polar auroras, so stay tuned

Note to air travelers: If you are flying across the Arctic Circle this week, grab a window seat. "I'm so glad I did," reports Ronald Swartz who snapped this picture over the wing of Icelandair flight 680: "I was flying from Seattle to Reykjavik on Oct. 7th when the auroras appeared," he says.

More auroras are in the offing as a CME approaches Earth for a glancing bow on Oct. 13th. Book your tickets! (Night flights are recommended.)

Yesterday, Oct. 10th, Earth passed through a fold in the heliospheric current sheet.  The crossing sparked bright auroras around the Arctic Circle.  "The lights were fantastic," reports Helge Mortensen, who photographed the display over Kattfjordvannet, Norway: This little pond had a thin layer of ice," he points out. "I guess winter is getting closer."

Many people have never heard of the heliospheric current sheet. It is one of the biggest things in the solar system--a vast undulating system of electrical currents shaped like the skirt of a ballerina: picture. Earth dips in and out of it all the time.
Bron: http://www.spaceweather.com/ | Gewijzigd: 31 januari 2017, 15:38 uur, door Joyce.s
Joyce.s
Moderator
Woonplaats: Helmond
Berichten: 3066
Lid sinds: 13 jan. 2015
13 oktober 2016, 09:28 uur | Bericht #474754 At the leading edge of the emerging solar wind stream is a co-rotating interaction region (CIR)--that is, a transition zone between slow- and fast-moving solar wind.  Shock waves and density gradients in CIRs often go a good job sparking auroras, so when it arrives on Oct. 15th polar auroras are likely. Stay tuned for pretty pictures 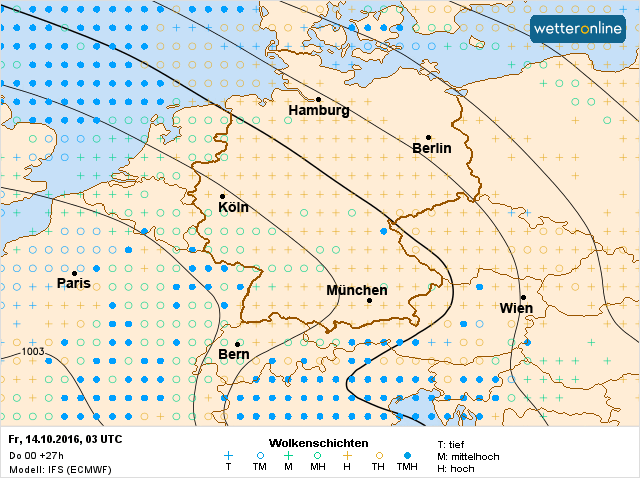 Auroras are dancing around the Arctic Circle on Oct. 14th as Earth slowly exits the magnetized wake of a CME that struck two days ago. Currently, geomagnetic storms are flickering between categories G1and G2. Mia Stålnacke sends this picture from Kiruna, Sweden: What do you get when you mix auroras with moonlight?

Some photographers say that bright moonlight is a real nuisance when you are trying to record faint auroras. Jim Schnortz of Grand Portage, MN, disagrees. In fact, he says, "it's an awesome combination." He photographed the mixture during a geomagnetic storm on Oct 13th: Moonlight not only lit up the landscape, providing a beautiful foreground for the auroras overhead, but also produced a lovely moonbow (lunar rainbow) in the spray of the falls. Over the years, I've probably seen more than 200 auroras," says Wright. "This one ranks in the top 3. It was visible despite intense glare from the full Moon."

Wright says he has tonight off.  He'll probably be outside anyway. Earth is moving deeper into the solar wind stream, and another display is possible on Oct. 17-18.  A live webcam operated by Lights over Lapland in Abisko National Park is recording the action.
Bron: http://www.spaceweather.com/

A high-speed solar wind stream hit Earth's magnetic field on Oct. 16th, sparking in intense display of auroras over the northern reaches of Scandinavia.  During the luminous outburst, an online aurora camera in Sweden's Abisko National Park recorded a lovely ribbon of pink rippling across the chilly night sky: This is the "nitrogen fringe." Most auroras are green--a verdant glow caused by energetic particles from space hitting oxygen atoms 100 km to 300 km above Earth's surface. Seldom-seen pink appears when the energetic particles descend lower than usual, striking nitrogen molecules at the 100 km level and below.


"It was an incredible display of fast-moving pink auroras," says Chad Blakley, whose tour guide company Lights over Lapland operates the webcam.

A large coronal hole is turning to face Earth, and it is spewing a complicated stream of solar wind toward our planet.  This image from NASA's Solar Dynamics Observatory shows the outlines of the structure on Oct. 22nd: On October 23rd, Nina Rajani witnessed a display of bright auroras over Tromso, Norway ... and it was sprinkled with comet dust. "What started out as a quiet night of aurora watching with three friends on a Tromso beach very quickly developed into a spectacular display of intense and vibrant auroras," says Rajani. "They danced above and ahead in every direction as far as the eye could see. And then some late-arriving Orionid meteors blazed across the sky trying to steal the show. It was a case of not knowing where to look and we were completely awestruck! I was very fortunate to capture this magical moment."
Bron: http://www.spaceweather.com/


Two large coronal holes are now turning into a geoeffective Earth facing position. The solar wind speed should begin to increase within the next 12-24 hours. When this same coronal hole feature faced Earth in September, the solar wind speed increased to above 700 km/s and brought along with it periods of Moderate (G2) geomagnetic storming. It is very possible that the same outcome will take place again. Aurora sky watchers across Scandinavia, Northern Europe, Northern UK, Canada, Northern tier USA and Alaska should all be alert for visible aurora during the next several nights. Stay tuned to SolarHam.com for the most up to date information. Attached image below courtesy of SDO/AIA.

As predicted, a stream of high-speed solar wind hit Earth's magnetic field on Oct. 25th, sparking geomagnetic storms around both poles. There was one episode of strong storming, which registered G3 on NOAA scales of geomagnetic activity, and many hours of lesser disturbances.

While much attention was given to an explosion of green over the Arctic Circle, the Antarctic was equally bright and colorful.  Taichi Nakamura photographed the glow all the way from Dunedin, New Zealand: "Through the pockets of clearance, magical lights poured onto the ocean from the sky," says Nakamura. "The aurora was wide and bright with rows of beams appearing time to time."

More auroras are in the offing. This solar wind stream is broad and fast; it is currently blowing 700+ km/s and is expected to influence our planet for some days to come.  High-latitude sky watchers should remain alert for auroras on Oct. 26-27
Bron: http://www.spaceweather.com/

During the ongoing solar wind storm, observers around the Arctic Circle have been reporting auroras of an unusual color. "Crazy pink," says Frank Meissner, who took this picture from Tromsø, Norway, on Oct. 26th: "It was awesome," he says. "Flash-like bursts were zooming all over the sky."

Also watching from Tromsø, veteran observer Terence Murtagh says "even with many hundreds of aurora sightings under my belt, I've never witnessed such distinct pink colors clearly visible and bright to the naked eye. They were almost too bright to photograph properly."

Six days after Earth entered a stream of high-speed solar wind ... we're still inside. The solar wind continues to blow faster than 500 km/s on Oct. 31st. Although it is not as gusty as it was during first contact on Oct. 25th, the relentless pressure of the sun's electrically charged wind on Earth's magnetic field is causing the poles to glow with beautiful auroras. Marketa S. Murray sends this picture from Fairbanks, Alaska, on Oct. 29th: When you stand there and the whole sky is just dancing overhead, your adrenalineand endorphin get so high," says Murray. "It's mind blowing every time it happens. It never gets old, even for an Alaskan!"

Until Earth fully exits this stream, polar auroras remain likely. A good way to follow the action is to tune into a live webcam in Sweden's Abisko National Park. "We have seen the lights nearly every night in October!" says Chad Blakley of Lights over Lapland, who operates the camera.
Bron: http://www.spaceweather.com/
Joyce.s
Moderator
Woonplaats: Helmond
Berichten: 3066
Lid sinds: 13 jan. 2015
2 november 2016, 10:14 uur | Bericht #475060

Earth is exiting a stream of solar wind.  As a result, auroras were supposed to subside on Nov. 1st. Instead, the sky over Iceland exploded.  "The Northern Lights came fast and furious," reports Olivier Staiger, who took this picture from the Laxa hotel near Lake Myvatn: What happened?  Earth passed through a region of space filled with negative polarity (south pointing) magnetic fields.  These fields opened a crack in Earth's magnetosphere. Solar wind poured in to fuel the sudden display.

The forecast for Nov. 2nd called for no auroras.  "But here in Tromso, Norway, the auroras ignored the forecast," reports Michael Zawadzki. "The sky erupted for the second night in a row."   The luminous outburst was so wide, he needed a fisheye lens to capture it all:

"The past two nights have been truly remarkable," marvels Zawadzki.

What went wrong with the forecast?  It didn't anticipate the interplanetary magnetic field (IMF).  On Nov. 1st and 2nd, Earth passed through regions of negative IMF.  Lines of magnetic force wrapped themselves around our planet's magnetosphere  and pried open a crack, allowing solar wind to pour in and fuel the unpredicted display.